You are here: Home › chemistry › Richard Smalley – the Father of Nanotechnology 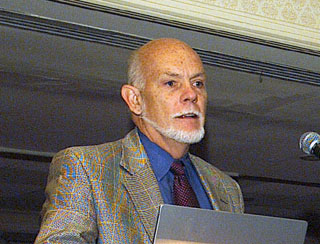 On June 6, 1943, American chemist and physicist Richard Errett Smalley was born. He is sometimes also referred to as ‘Father of Nanotechnology’. Richard Smalley shared the 1996 Nobel Prize for Chemistry with Robert Curl, Jr., and Harold W. Kroto for their joint 1985 discovery of carbon60 and the fullerenes.

Richard Smalley was born in Akron, Ohio, as the youngest of 4 children of Frank Dudley Smalley, Jr, a successful publisher of agricultural trade journals, and Esther Virginia Rhoads, the daughter of a wealthy manufacturer of furniture from the Kansas City area. Smalley grew up in Kansas City, Missouri. It was Smalley’s mother who inspired her youngest son with a love of science. She had returned to college after having given birth to four children and enjoyed discussing with the boy what she was learning.[1]

Influenced by his aunt, Dr. Sara Jane Rhoads, a professor of chemistry at the University of Wyoming, Richard Smalley began his undergraduate studies in chemistry at Hope College in Holland, Michigan, and finished at the University of Michigan, Ann Arbor, with his B.S. in 1965. Then, he spent time working at the Shell Chemical Company’s polypropylene plant and technical center in Woodbury, New Jersey. After four years with Shell, Smalley enrolled in doctoral studies in Princeton University’s chemistry department, and received his Ph.D. in 1973. He completed postdoctoral work at the University of Chicago, with Lennard Wharton and Donald Levy, where he was a pioneer in the development of supersonic beam laser spectroscopy, which should changed molecular physics. Now at least small polyatomic molecules could be studied with at the same penetrating level of detail previously attained only for atoms and diatomics.[2]

In 1976, Smalley began his teaching career at Rice University in Houston, Texas, where he was named Gene and Norman Hackerman Professor of Chemistry in 1982 and became a professor of physics in 1990. It was at Rice University that Smalley and his colleagues discovered fullerenes, the third known form of pure carbon, besides diamonds and graphite. With his laser supersonic cluster beam apparatus he was able to vaporize any material into a plasma of atoms to be used to study the resulting clusters, i.e. aggregates of tens to many tens of atoms. On a visit to Smalley’s lab, his colleage age future co-Nobel Laureate, realized that the technique might be used to simulate the chemical conditions in the atmosphere of carbon stars and so provide compelling evidence for his conjecture that the carbon chains originated in stars.[3] 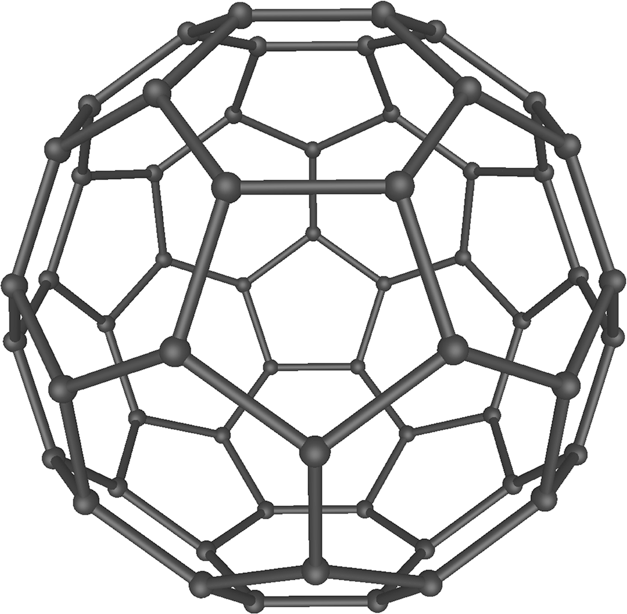 In a series of experiments conducted in September 1985 at Rice University by Kroto, Smalley, and Curl and their student coworkers James Heath, Yuan Liu, and Sean O’Brien, were able to confirm that carbon chains could be produced but also showed, serendipitously, that a hitherto unknown carbon species containing 60 atoms formed spontaneously in relatively high abundance and are arranged in a closed shell. C60, the smallest stable fullerene molecule, consists of 60 carbon atoms that fit together to form a cage, resembling the pattern of seams on a soccer ball. The molecule was given the name buckminsterfullerene, or buckyball, because its shape is similar to the geodesic domes designed by the American architect Buckminster Fuller.[3]

After the discovery of fullerenes, Smalley’s research focus turned to carbon nanotubes and the application of their extraordinary properties. In 1996, Smalley was appointed Director of the Center for Nanoscale Science and Technology (CNST) at Rice University. Also in 1996 Smalley, Curl, and Kroto shared the Nobel Prize in chemistry for their discovery of fullerenes. Earlier that same year Kroto was knighted by Queen Elizabeth II. Later in his career, Smalley became very passionate about energy and education. Richard E. Smalley died on October 28, 2005, aged 62.

How Carbon Nanotubes Will Change the World, [9]