You are here: Home › biology › The Undersea World of Jacques Cousteau 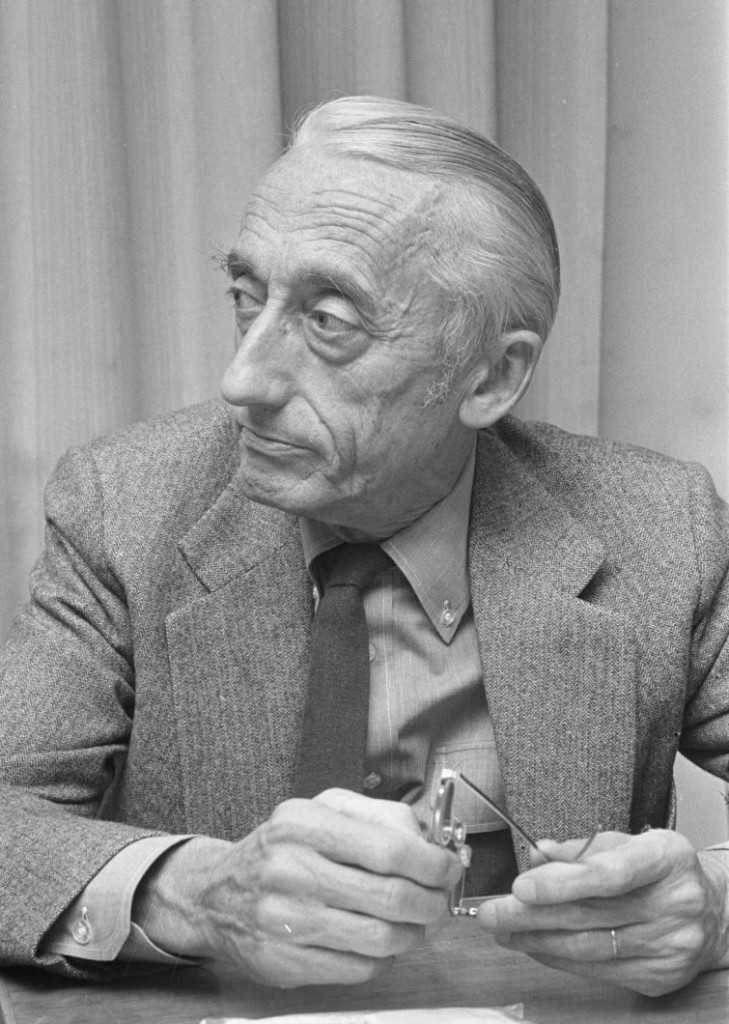 On June 11, 1910, French naval officer, explorer, conservationist, filmmaker, innovator, scientist, photographer, author and researcher Jacques-Yves Cousteau was born. Cousteau is best known for his extensive underseas investigations. He was co-inventor of the aqualung which made SCUBA diving possible. He pioneered marine conservation and was a member of the Académie française.

“From birth, man carries the weight of gravity on his shoulders. He is bolted to earth. But man has only to sink beneath the surface and he is free…Buoyed by water, he can fly in any direction — up, down, sideways — by merely flipping his hand. Under water, man becomes an archangel.”
– Jacques Cousteau, in Time (28 March 1960)

Learning to Swim in the French Navy

Jacques Cousteau was born in Saint-André-de-Cubzac, Gironde, France, as the younger of two sons to Daniel and Élisabeth Cousteau. He suffered from stomach problems and anemia as a young child. But already at age 4, Cousteau learned to swim and started a lifelong fascination with water. Cousteau completed his preparatory studies at the Collège Stanislas in Paris. In 1930, he entered the École Navale (French Naval Academy) at Brest and graduated as a gunnery officer in the French Navy’s information service. After an automobile accident that nearly took his life had cut short his career in naval aviation, Cousteau indulged his interest in the sea.

In Toulon, where he was serving on the Condorcet, Cousteau carried out his first underwater experiments, thanks to his friend Philippe Tailliez who in 1936 lent him some Fernez underwater goggles. In 1937 he married Simone Melchior, with whom he had two sons, Jean-Michel (born 1938) and Philippe (1940–1979), who both should accompany their father on his future adventures. In 1939, Cousteau used the self-contained underwater breathing apparatus invented in 1926 by Commander Yves le Prieur. But, Cousteau was not satisfied with the length of time he could spend underwater with the Le Prieur apparatus, so he decided to further improve the device.

World War II and the Aqualung

The years of World War II were decisive for the history of diving. After the armistice of 1940, Jacques Cousteau and his family took refuge in the small town of Megreve, near the Swiss border. For the first few years of the war, he quietly continued his underwater experiments and explorations. In 1943 he met Emile Gagnan, a French engineer who shared his passion for discovery. Around this time, compressed air cylinders were invented and Cousteau and Gagnan experimented with snorkel hoses, body suits and breathing apparatus. The two designed an automatic regulator that supplied compressed air on demand. This regulator, along with two tanks of compressed air, a mouthpiece, and hoses, was the prototype Aqualung, which Gagnan and Cousteau patented in 1943.[2] Finally, they had developed a device that made extended underwater exploration possible.

Minesweeping with the Calypso

During summer 1943, Cousteau and his team tested the Aqualung off the French Riviera, making as many as five hundred separate dives. They applied the aqualung also for their next project, an exploration of the Dalton, a sunken British steamer, which provided filming material for Cousteau’s movie, “Wreck“. The film deeply impressed French naval authorities, who recruited Cousteau to help remove mines from French seas left over from the war. One of these minesweeper boats later would become Cousteau’s research ship, the Calypso.

In 1947, Cousteau, using the Aqualung, set a world’s record for free diving, reaching a depth of 100 meters, which was already broken again in the following year by his team member Frédéric Dumas. Cousteau’s team developed and perfected many of the techniques of deep-sea diving, working out rigorous decompression schedules that enabled the body to adjust to pressure changes.[2] In 1949, Cousteau left the French Navy and one year later, he founded the French Oceanographic Campaigns (FOC), and leased a ship called Calypso from Thomas Loel Guinness for a symbolic one franc a year. Cousteau refitted the Calypso as a mobile laboratory for field research and as his principal vessel for diving and filming.

On her way back from the first expedition to the Red Sea in 1952, the Calypso crew investigated an uncharted wreck near the southern coast of Grand Congloué and discovered a large Roman ship filled with treasures. The discovery helped spread Cousteau’s fame in France and with the publication of The Silent World (1953), Cousteau achieved international notice with more than five million copies worldwide. In 1955, Calypso embarked on a 22,000 km journey that was documented by Cousteau for a film version of The Silent World. The film premiered at the 1956 Cannes International Film Festival, where it received the coveted Palme d’Or and also an Oscar from the American Academy of Motion Picture Arts and Sciences in the following year.[2]

In 1960 Cousteau was an important part of the movement to prevent the dumping of French atomic waste into the Mediterranean Sea. This movement ended in success. Throughout his life Cousteau enjoyed much recognition for his tireless support of ocean ecology.[3] In 1961, in recognition of his work and his environmental campaigning, Cousteau was awarded a Gold Medal by National Geographic at a White House ceremony hosted by President John F. Kennedy. In 1963-64, Cousteau then led the Conshelf Saturation Dive Program, conducting experiments in which men lived and worked for extended periods of time at considerable depths along the continental shelves. The undersea laboratories, called Conshelf I, II, and III, sat at depths of 10m, 30m, and about 100m, respectively, in the Mediterranean Sea near Marseilles. It was found out in later years that industrial tasks underwater could be more efficiently performed by undersea robot devices and men operating from the surface or from smaller lowered structures, made possible by a more advanced understanding of diving physiology and more complex mixtures of breathing gases.[4] 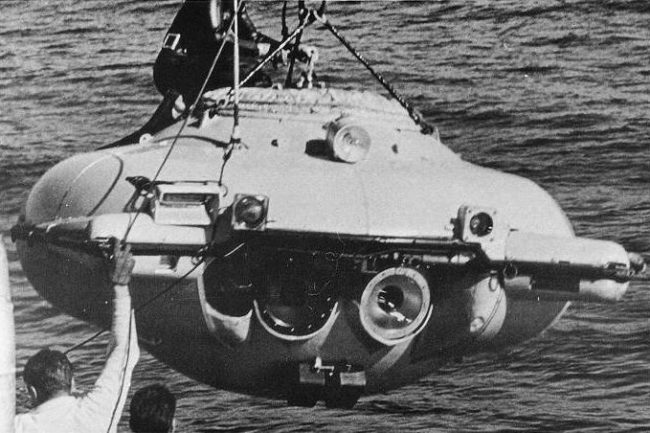 The Undersea World of Jacques Cousteau

The Protection of Ocean Life

In 1973, along with his two sons and Frederick Hyman, Cousteau created the Cousteau Society for the Protection of Ocean Life. In honor of his achievements, Cousteau received the U.S. Presidential Medal of Freedom in 1985. In 1987 he was inducted into the Television Academy’s Hall of Fame

Jacques-Yves Cousteau died of a heart attack on 25 June 1997 in Paris, aged 87. His legacy includes more than 120 television documentaries, more than 50 books, and an environmental protection foundation with 300,000 members. Although he liked to call himself an “oceanographic technician,” in fact he also was a sophisticated showman, teacher, and lover of nature.