You are here: Home › poetry › I must go, the Fog is Rising – The Poetry of Emily Dickinson 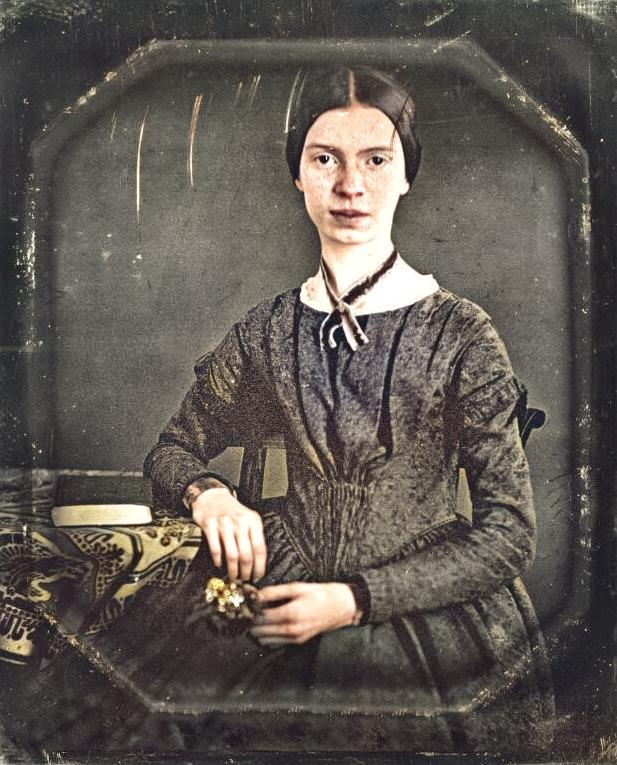 On May 15, 1886, American poet Emily Elizabeth Dickinson passed away. Despite unfavorable reviews and skepticism soon after her publications, she is now almost universally considered to be one of the most important American poets. Emily Dickinson’s poetry is rather unconventional and unique for her time, in which she wrote. They contain short lines, typically lack titles, and often use slant rhyme as well as unconventional capitalization and punctuation. Like writers such as Ralph Waldo Emerson [6], Henry David Thoreau [7], and Walt Whitman [8], she experimented with expression in order to free it from conventional restraints. Many of her poems deal with themes of death and immortality, two recurring topics in letters to her friends. With a few exceptions, her poetry remained virtually unpublished until after she died. But, who was this extraordinary woman?

Emily Elizabeth Dickinson was born on December 10, 1830, as the middle child of Edward and Emily Norcross Dickinson in Amherst, Massachusetts. Her lively Childhood and Youth were filled with schooling, reading, explorations of nature, religious activities, significant friendships, and several key encounters with poetry. Dickinson’s formal schooling was exceptional for girls in the early nineteenth century, though not unusual for girls in Amherst. After a short time at an Amherst district school, she attended Amherst Academy for about seven years before entering Mount Holyoke Female Seminary in 1847. Dickinson was troubled from a young age by the “deepening menace” of death, especially the deaths of those who were close to her. She became very melancholic, when Sophia Holland, her second cousin and a close friend, grew ill from typhus and died in April 1844.

When she returned to Amherst after college, Dickinson occupied her time with household activities. During these years she discovered poetry through the works of William Wordsworth [9] and Ralph Waldo Emerson, having been introduced to both by a lawyer named Benjamin Franklin Newton who had been in the employ of her father. Newton, who died of tuberculosis when Emily Dickinson was still young, encouraged her to continue writing poetry which had great effect on Emily Dickinson. Although, she was vibrant and hopeful in her younger years, she became more and more melancholy as time progressed, preferring to stay indoors at her family’s home. By the age of 20, Emily Dickinson had begun the path to seclusion that would define the rest of her life. The deaths of several friends and mentors had begun weighing heavily on her mind and the death of Leonard Humphrey, the principal of the Amherst Academy, and both a friend and tutor, furthered her depression.

They shut me up in Prose –
As when a little Girl
They put me in the Closet –
Because they liked me “still” –
Still! Could themself have peeped –
And seen my Brain – go round –
They might as wise have lodged a Bird
For Treason – in the Pound –
— Emily Dickinson, c. 1862

Isolated from the Outside World

In 1855 Emily Dickinson journeyed to visit her father who was a congressman in Washington D.C. and from there to Philadelphia where she met a Presbyterian minister named Charles Wadsworth with whom she would consult regarding her thoughts on life and religion until his death in 1882. By the 1860s, Dickinson lived in almost total physical isolation from the outside world, but actively maintained many correspondences and read widely. 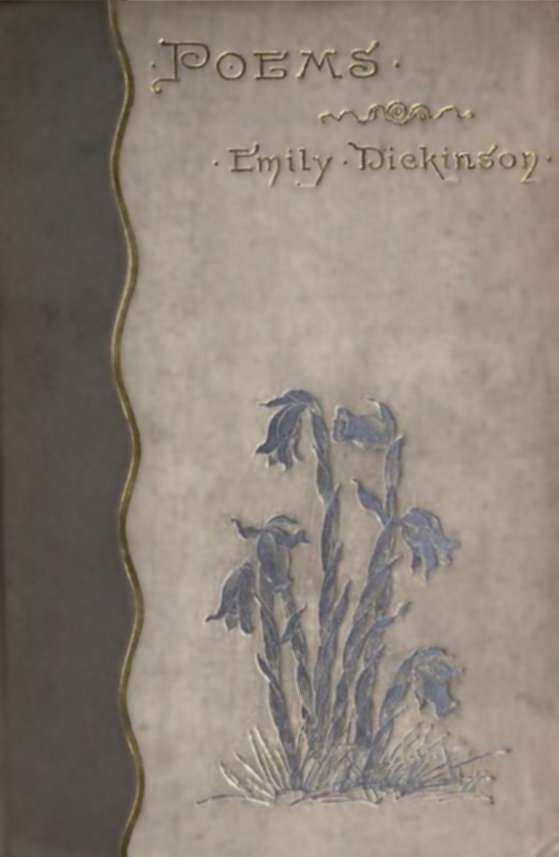 Cover of the first edition of Poems, published in 1890

I must go, the Fog is Rising

Dickinson’s poetry reflects her loneliness and the speakers of her poems generally live in a state of want. Her poems are also marked by the intimate recollection of inspirational moments which are decidedly life – giving and suggest the possibility of happiness. The first volume of her work was published posthumously in 1890 and the last in 1955. Although Emily Dickinson has spent most of her life in her home, her lyrical oeuvre is characterised by enormous vastness. Emily Dickinson’s limited radius of experience did not restrict her work, but encouraged it, for she was able to transform the small and manageable world in which she lived into a big world through her imagination. Upon her death in 1886, Dickinson’s family discovered 40 handbound volumes of nearly 1,800 of her poems. Only a dozen of which were published anonymously during her lifetime, and the rest was probably only known to a few friends and relatives. Her cause of death is unclear; in Amherst’s church book there is talk of Bright’s disease. Emily Dickinson’s last words were: “I must go in, for the fog is rising.“

Though the great Waters sleep,
That they are still the Deep,
We cannot doubt –
No vacillating God
Ignited this Abode
To put it out –
— Emily Dickinson, c. 1884

Today, Emily Dickinson is regarded as one of America’s greatest poets, but she was not recognized as a major poet until the 20th century. Although much of the early reception concentrated on Dickinson’s eccentric and secluded nature, she has become widely acknowledged as an innovative, proto-modernist poet.

At yovisto academic video search, you can learn more about the life of Emily Dickinson in the lecture of Prof. Claudia Emerson at Mary Washington University.