You are here: Home › art › Pieter Brueghel the Elder and the Dutch Golden Age of Painting 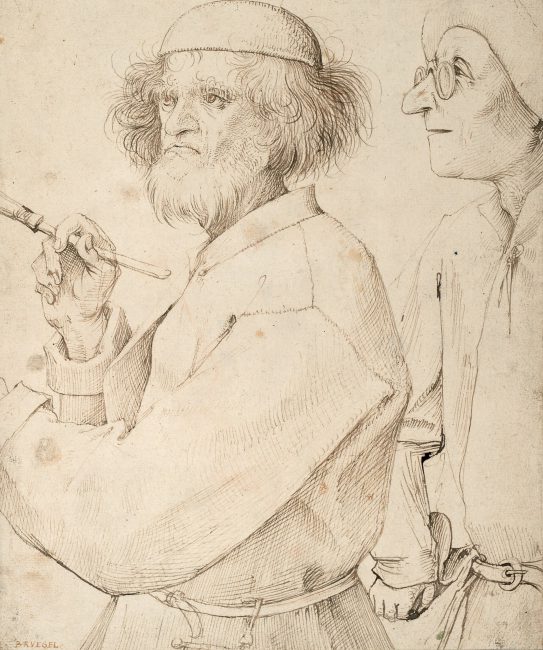 In the drawing Painter and Buyer, Pieter Bruegel the Elder may have depicted himself (c. 1565)

On September 9, 1569, Flemish painter Pieter Brueghel the Elder passed away. He was the most significant artist of Dutch and Flemish Renaissance painting, a painter and printmaker, known for his landscapes and peasant scenes. He is sometimes referred to as “Peasant Bruegel“, to distinguish him from the many later painters in his family, including his son Pieter Brueghel the Younger (1564–1638).[1]

Little is known with certainty about Pieter Bruegel’s life. According to Carel van Mander‘s Het Schilderboeck (“Book of Painters“), published in Amsterdam in 1604, Brueghel was a student of the Antwerp artist Pieter Coecke van Aelst. Brueghel became a master there in 1551 and initially worked in the important copper workshop of Hieronymus Cock in Antwerp. During a trip to Italy between 1552 and 1555, during which landscape painting was already emerging as a focus of his work, he lived for some time in Rome from 1553, where he worked for the miniature painter Giulio Clovio. He then returned to Antwerp to work in Cock’s copper workshop. In 1563 he married Mayken Coecke (occasionally she is called Maria Coecke van Aelst), the daughter of his former teacher, in the Chapel Church in Brussels. His first son Pieter the Younger [1] was born in 1564, and his second son Jan in 1568. Brueghel died on September 9, 1569, and was buried in the Chapel Church in Brussels, as was his wife Maria. 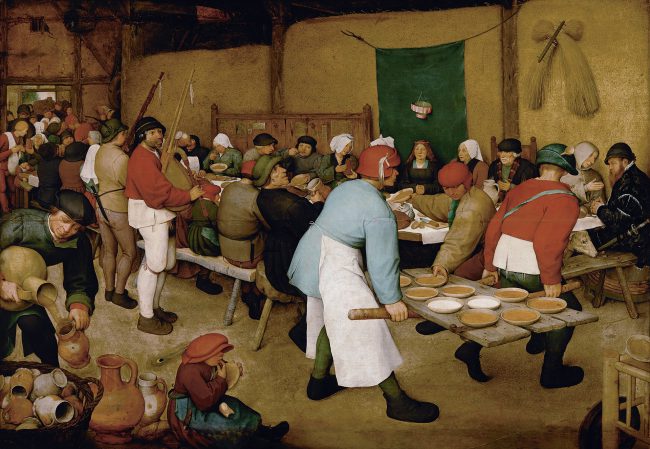 Brueghel’s Style and the Brueghel Dynasty

With Brueghel, Flemish painting reached a high point. Brueghel’s idiosyncratic style can only be inadequately described with a single stylistic term such as Mannerism. One of his great models was Hieronymus Bosch,[3] whose pictorial language he often quoted, especially in his early works (such as in The Dulle Griet or The Fall of the Angels). Together with his sons, Pieter Brueghel the Younger (called “Hell Brueghel”) and Jan Brueghel the Elder (“Flower Brueghel”), he founded the Brueghel dynasty of artists.[1] Pieter Brueghel the Younger took over his father’s workshop materials and produced almost mass-produced copies of his father’s compositions. Jan Brueghel the Elder copied only some of his father’s paintings, but already in his own miniature style, and then developed highly independently into the most important cabinet painter in Antwerp in the early 17th century. Jan’s son Jan Brueghel the Younger and five of his seven sons also painted. None of the descendants, however, was as successful as Pieter Bruegel the Elder. 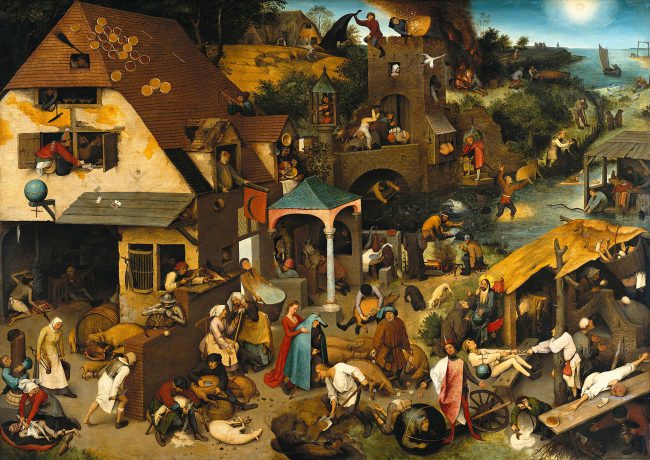 Brueghel took Flemish landscape painting of the 16th century to its peak, established the Dutch peasant genre, and created numerous allegorical works relating to proverbs, popular culture, and humanist culture. One of his most famous works is the painting entitled The Netherlandish Proverbs (now in the Gemäldegalerie in Berlin), in which over one hundred Dutch proverbs are staged, some grotesquely. Paintings like this, with 100 or more people depicted (also called Hidden Object Pictures), are often found in his œuvre; through skillful composition, even such motifs appear balanced. Bruegel became particularly well known very early on (for example, in Carel van Mander‘s Judgment) for his depictions of peasant life, such as those found in the Peasant Wedding or the Peasant Dance. However, Brueghel’s œuvre can by no means be reduced to this; in fact, only a very small part of his oeuvre consists of such genre painting. About forty paintings by Brueghel have survived, which are indisputably attributed to the artist.

Two years before his death, the Eighty Years’ War began between the United Provinces and Spain. Although Bruegel did not live to see it, seven provinces became independent and formed the Dutch Republic, while the other ten remained under Habsburg control at the end of the war. Pieter Brueghel the Elder died in Brussels on 9 September 1569 and was buried in the Kapellekerk.