You are here: Home › geography › Abraham Ortelius and the Theatrum Orbis Terrarum 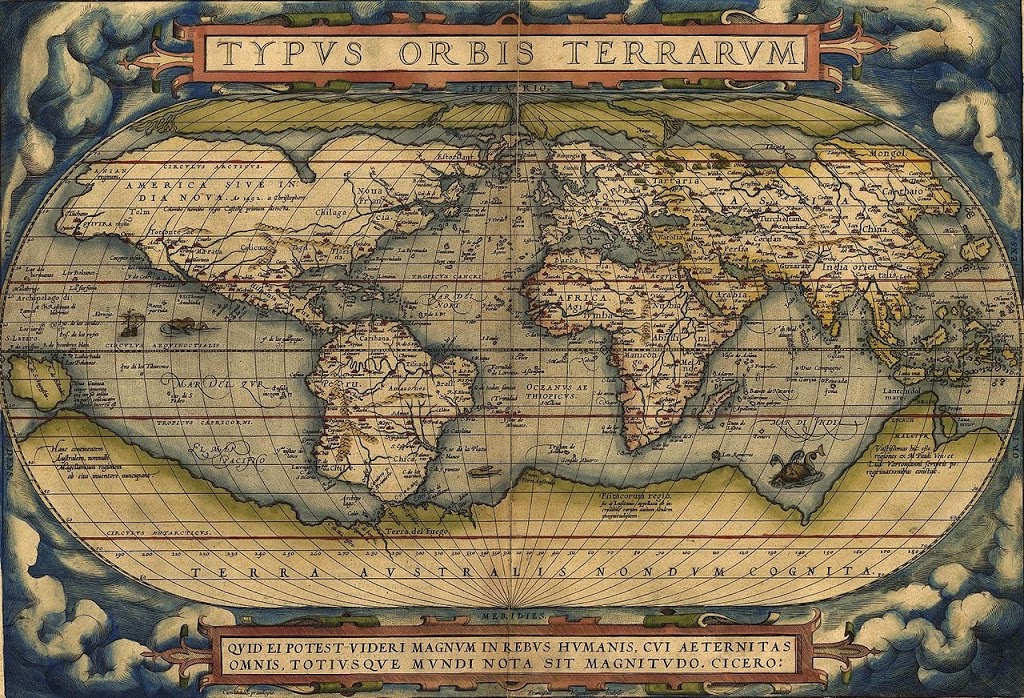 On May 20, 1570, Belgian cartographer and geographer Abraham Ortelius published the first modern atlas, the Theatrum Orbis Terrarum, in Antwerp. It consisted of a collection of uniform map sheets and sustaining text bound to form a book for which copper printing plates were specifically engraved.

Abraham Ortelius was born in Antwerp, but grew up with his uncle after his father passed away at young age. In 1575, he was appointed geographer to the king of Spain on the recommendation of Arias Montanus, who vouched for his orthodoxy. During his life, Ortelius spent much time traveling through Europe and it is known that he spent much time in France, eastern Germany and Italy. However, Ortelius also started a career as a map engraver and entered the Antwerp Guild of Saint Luke as an illuminator of maps in 1547. He traded books, pints, maps, and even visited the book fair in Frankfurt and a print fair where he met the German cartographer, philosopher and mathematician Gerardus Mercator.[5] The two men traveled to Trier, Lorraine, and Poitiers and Ortelius was highly influenced by Mercator and motivated to become a scientific geographer. 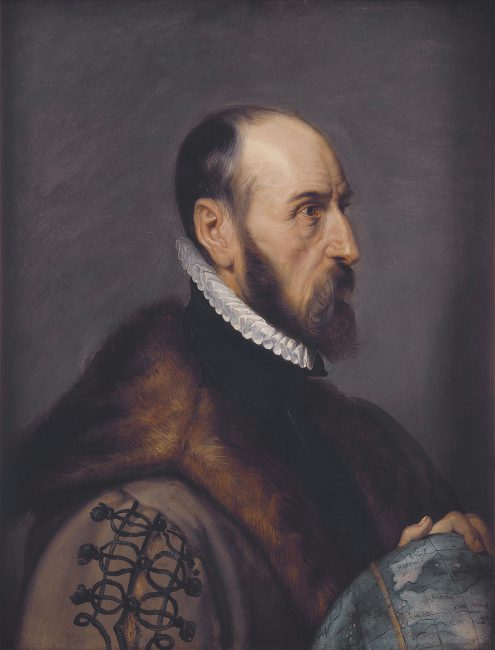 Ortelius‘ famous first map, Typus Orbis Terrarum was published in 1564 and depicted a large wall map of the world. In the following years, he also published a map of Egypt, a plan of the Brittenburg castle on the coast of the Netherlands, and maps of Asia and Spain. An important milestone for Ortelius himself, but also for the research work in ancient geography was the masterpiece Synonymia geographica, published in 1578. In the expanded form of the work, Ortelius writes about the possibility of continental drift. This hypothesis was proven correct several centuries later. Alfred Wegener played a major role in the later research work on the topic around 1912.[6]

The first modern atlas, as it is called today, was published on 20 May 1570 and titled Theatrum Orbis Terrarum. It consisted of 53 maps and it was translated in several languages, such as Dutch, German, and French. During Ortelius‘ lifetime, 25 editions were published and several others followed posthumously. The masterpiece inspired a six volume work entitled Civitates orbis terrarum, edited by Georg Braun and illustrated by Frans Hogenberg with the assistance of Ortelius himself. In In 1573 Ortelius published seventeen supplementary maps under the title Additamentum Theatri Orbis Terrarum. Next to his maps, Ortelius also had a great interest and gathered an impressive collection of coins, medals and antiques, and this resulted in the book Deorum dearumque capita … ex Museo Ortelii.

A map of Ortelius with Europe, Mediterranean, North Africa and Arabia dating from 1601 (other estimate: 1603 to 1612) continues to be referenced more frequently. It is called Geographia sacra (sacred geography) and also contains a reduced, embedded world map. The detailed entries were made primarily for the Levant and Mesopotamia, i.e. with the places mentioned in the Bible up to the attempt to fix places from the biblical description of Paradise. The representation of the river courses in Mesopotamia alone is rather inaccurate. The work exists in several versions with changing text fields and has often been colored. It was included in the historical atlas of Joan Janssonius (1652 and 1662, respectively), which experts believe to be typical manual copies of the original. Another remarkable work is his collection of place names Thesaurus Geographicus.