You are here: Home › mathematics › The Life and Work of Philippe de La Hire 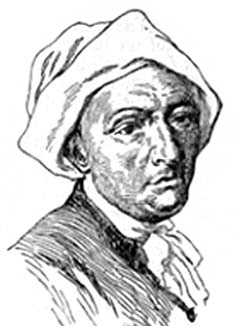 Educated as an Artist

Philippe de La Hire was educated as an artist and became skilled in drawing and painting early. It is believed that de La Hire received no formal education in an official school even though his father was probably teaching him at home. At the age of 16, Philippe was fully committed to becoming a professional artist and made plans to visit Italy. One reason for the journey was his poor health, which he hoped to improve. The other reason was to improve his art because in his early years, his father Laurent de La Hire had given him a love of Italian art. Starting from 1660, the young artist spent about four years attempting to develop his artistic skills and learning geometry. Soon, de La Hire realized that he enjoyed mathematics even more than painting and he began to focus more and more on geometry.

By then, La Hire befriended Abraham Bosse, with whom he could share both artistic and mathematical interests. Influenced by Bosse’s work, La Hire began working on conic sections, which he published in 1672. The publication was titled Observations sur les Points d’Attouchement de Trois Lignes Droites qui touchent la Section d’un Cone and it was followed by his famous treatise Nouvelle méthode en géometrie pour les sections des superficies coniques et cylindriques in 1673. According to Taton, the Nouvelle méthode is a comprehensive study of conic sections by means of the projective approach, based on a homology which permits the deduction of the conic sections under examination from a particular circle.

In his method, according to Taton, La Hire provided an exposition of the properties of conic sections. He began with their focal definitions and applied Cartesian analytic geometry the study of equations and the solution of indeterminate problems. He also displayed the Cartesian method for solving certain types of equations by intersections of curves. Although not a work of great originality, it summarises the progress achieved in analytical geometry during half a century and contained some interesting ideas, among them the possible extension of space to more than three dimensions.”

In January 1678, La Hire was elected to the Académie des Sciences due to his publications in geometry. It was a great honor for the artist and scientist and he was assigned by Jean-Baptiste Colbert,[6] the French Minister of Finance, to assist Jean Picard in the surveying work in order to create more accurate maps of France.[4] He was the first to prove that the hypotrochoids of the Cardanic Circles are all ellipses and developed a circle of ellipses from this. 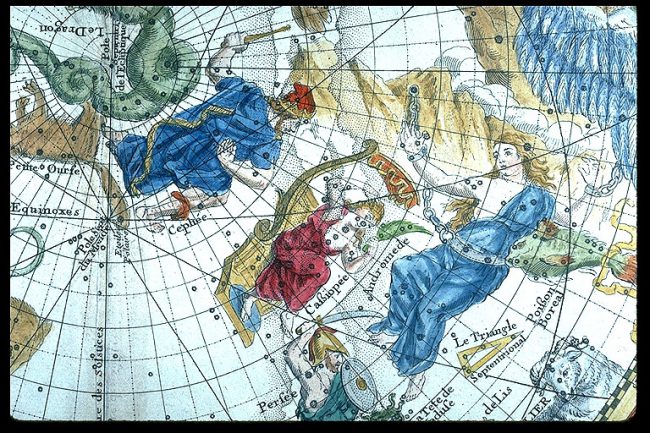 The Paris Observatory and Rocket Science

Together, La Hire and Picard worked in Brittany in 1679 and in Guyenne in 1880. La Hire then went, without Jean Picard, to survey around Calais and Dunkirk in 1681 and the coast of Provence in 1682. By that time, La Hire’s work for the Academy was closely linked to the Paris Observatory which had been founded largely due to Colbert. Also in that period, La Hire was appointed to the chair of mathematics at the Collège Royale. He was known to be a great teacher, who put much work in his lectures. As a mechanic of epicyclic gear theory, he continued the work of Christian Huygens.[5] In France, it is attributed the hypocycloidal train whose inner wheel has a radius half of the basic wheel, the center of the rolling one describing a periodic translation. In 1702, he is the first to explain the movement of the rockets by the force of the expanded air acting on all the interior of the rocket except the lower orifice.

Also, La Hire lectured his son in the same way he was educated by his father. His son, eventually joined his father’s teaching activities, which included the fields of mathematics, astronomy, mechanics, hydrostatics, dioptrics, and navigation. Gabriel-Philippe La Hire became the youngest member of the Academy in the seventeenth century.

During his career, Philippe de La Hire contributed to many fields of science, even though he always preferred geometry. He published a comprehensive work on conic sections which contained a description of Desargues’ projective geometry in 1685. He calculated the length of the cardioid and wrote about the cycloid, the epicycloid, the conchoid and quatratures. In astronomy he installed the first transit instrument in the Paris Observatory. He also produced tables giving the movements of the Sun, Moon and the planets which he published in 1687, publishing further such tables in 1702.

Margaret Wertheim: The beautiful math of coral (and crochet), [8]