You are here: Home › economics › The Invention of Financial Politics by Jean-Baptiste Colbert 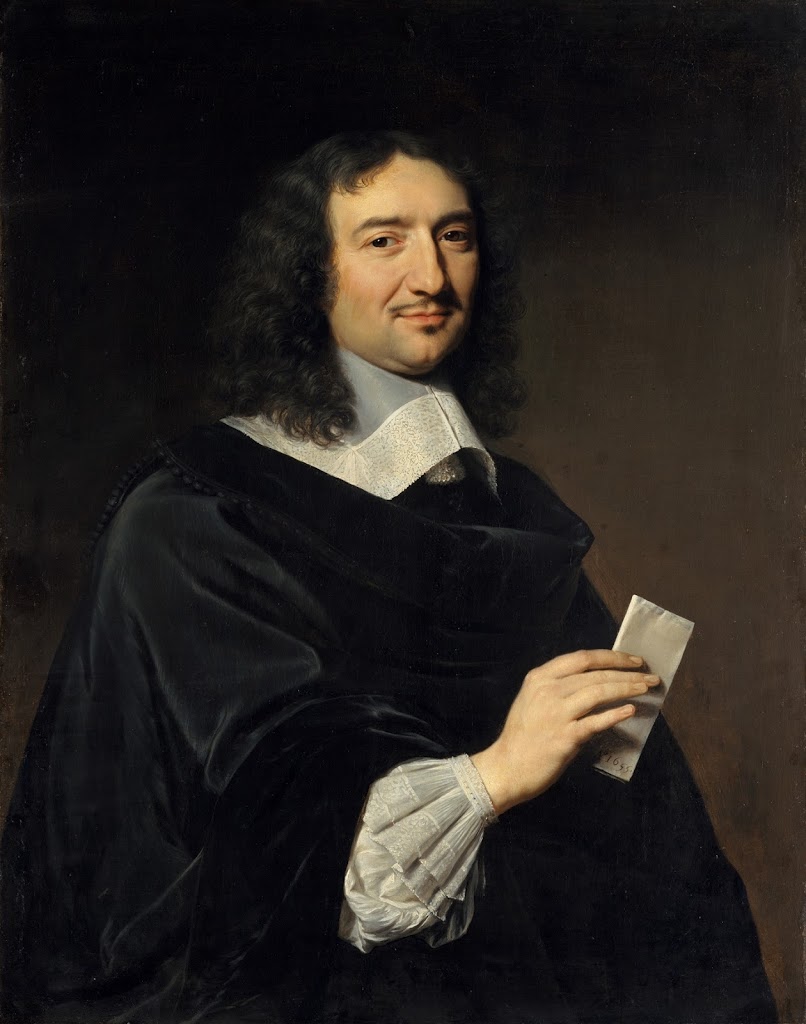 On August 29, 1619, Jean-Baptiste Colbert, who served as Minister of Finances under the rule of Louis XIV., was born. Colbert‘s innovative financial politics was one of the basic pillars of French absolutism and was about to change the world into a modern economy.

Contrary to a tenacious legend, Colbert’s father was never a cloth merchant, but a general receiver and payer of pensions for the city of Paris, as well as a trader. Basically Jean-Baptiste Colbert did not have any other chance than going into finances, since his father Nicolas Colbert, seigneur de Vandières, and grandfather were active as merchants, which influenced him critically. Colbert’s youth, on the other hand, is not well known: after studying in a Jesuit school, he was sent in 1634 by his father to Lyon to perfect his apprenticeship with the Mascrany family, bankers associated with the Lumagues and finally with a Parisian notary. In 1640, when he was 21 years old, his father used his connections and fortune to buy him the position of ordinary war commissioner, clerk to the Secretary of State for War. This function obliged Colbert to inspect the troops and gave him a certain notoriety among the officers, all of them from the nobility. In 1645, his cousin Saint-Pouange recommended Colbert to Michel Le Tellier, his brother-in-law, then Secretary of State for War. He hired him as a private secretary and then had him appointed as an adviser to the king in 1649.

In the Service of Mazarin and a Tax Reform

In 1651, Le Tellier introduced him to Cardinal Mazarin, who was immensely wealthy and entrusted him with the management of his fortune, one of the most important in the kingdom. He thus managed Mazarin’s fortune for nearly ten years (1651-1661).  In charge of overseeing the management of the State’s finances, Colbert wrote a memorandum in October 1659 on alleged misconduct by the Superintendent of Finance Nicolas Fouquet, pointing out that “less than 50% of the taxes collected would reach the King“. Nicolas Fouquet, the host of the famous festival at Vaux-le-Vicomte Castle in August 1661, had become too powerful for Louis XIV and, organised by Colbert, was arrested by d’Artagnan on 5 September 1661. Cardinal Mazarin, shortly before his death on March 9, 1661, recommended that Louis XIV take Colbert into his service with the famous sentence: “Sire, I owe everything to your Majesty, but I pay my debt by presenting Colbert to him“. He became intendant of finance on March 8, 1661.

Taking over the Government

Colbert increasingly took over the government (only the king above him and the army were outside his responsibility): “Minister” for Construction (Bâtiments du Roi, 1664), Finance, Trade, Transport (Contrôleur général des finances, 1665), Navy, the Colonies (Secrétaire d’État de la Marine, 1669) and for Arts and Science (Secretary of State of the Royal Household, Secrétaire d’État de la Maison du roi, 1669). When the financial department was transformed into the royal council, Colbert took the lead due to his authoritarian personality. Jean-Baptiste Colbert was fighting against corruption, he did not hesitate to reveal the dishonesty of politicians in office. He was also very active in the field of taxes and the way they were collected. He stood for an equality of taxes throughout the social classes and the reduction of the higher class. 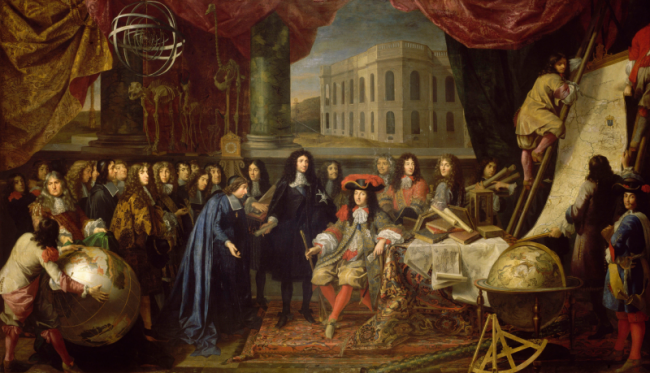 In 1664 he founded the French East India Company based in Lorient and the French West India Company based in Le Havre. He was also involved in the foundation and reorganization of the Nordic Company, the Levant Company and the Senegal Company. In 1666 he founded the Académie royale des sciences. He supported numerous scientists; the historian Étienne Baluze became his librarian.

Colbert made many chances in the financial system, however, not all of them were as successful as he had wished. To support trade and economy, the government helped companies financially, they hired qualified employees from abroad and prohibited French workers to emigrate. Contrary to the council’s believe, these efforts caused several disadvantages. The general consumption decreased and many improvements could not take place. Nevertheless he could help improving the many French provinces through building roads and canals as a support of trade and currency exchange. He saw the most important source of national wealth in an active foreign trade balance. By promoting and founding manufactories, he tried to save the country expensive imports. He brought in foreign specialists to produce the best products of other countries in France. He also took care of the dismantling of export duties and had the country roads converted into fixed roads. With detailed catalogues with production regulations he tried to improve the quality of the goods produced in France.  Colbert also dealt with classical tax policy in order to increase state revenues and reduce the almost chronic debts of the Ancien Régime. He reformed the state accounting system, thereby simplifying financial administration. Overall, he reduced direct taxes and increased indirect taxes. However, his success in this area remained limited.For the administration he appointed directors in the individual districts. In order to develop the raw materials of the colonies, he had the war fleet strengthened and is thus regarded as the actual creator of the French naval power. Also the Code Noir, a regulation for dealing with black slaves, goes back to Colbert.

Colbert was known to always work very hard, even until his final days. Unfortunately, he suffered from stomach aches during his later life which caused him to be bedridden by the age of 64. He died on September 6, 1683. After his death, it was found that his stomach pain probably was caused by large kidney stones. Colbert’s last words were supposedly related to Ludwig:

“If I had done as much for God as for this man, I would have been saved tenfold.“

However, Colbert was an important representative of the mercantilism and was able to chance the French economy enormously into the direction of a modern and less corrupt system. He was the first statesman from a pragmatic lineage of merchants and not an aristocrat, left the image of an excellent manager, who managed to bring in taxes, even if the economic results of the reign may seem highly questionable because of the heavy burdens caused by military spending, lavish constructions (notably the Château de Versailles) and the king’s largesse to his court.

At yovisto academic video search you may enjoy the lecture ‘Deficit, or How the French Invented Financial Politics‘ by Jacob Soll at Columbia University.