You are here: Home › astronomy › Jean Picard and his Love for Accuracy 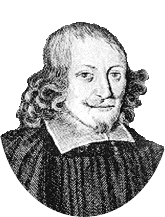 On July 21, 1620, French astronomer, cartographer and hydraulic engineer Jean-Félix Picard was born. He is regarded as the founder of modern astronomy in France. He introduced new methods, improved the old instruments, and added new devices, such as Huygens‘ pendulum clock to record times and time intervals.

Jean-Félix Picard was born as a son of a bookseller and was allowed to study at the Jesuit Collège Royal Henry-Le-Grand, which was considered one of the best educational centers in France. It is assumed that he left the institution without a degree and moved to Paris due to the unstable situation in France. In Paris, he met the well established astronomer and mathematician Pierre Gassendi. He motivated Picard to study astronomy and Picard was allowed to assist with observations of solar and lunar eclipses. Picard became a professor of astronomy, as it is assumed, in 1655. He continued his career at the College de France in Paris, but unfortunately, there is no published work by Picard known from this period.

Picard and Astronomy in France

However, it is known that he exchanged letters with Christian Huygens, Ole Rømer, and Giovanni Cassini and it is assumed that he was highly respected as a scientist at that time. Also, he became one of the first members of the Academie Royal des Sciences one year after its founding in 1666. Between 1669 and 1670, Picard was the first person to measure the size of the Earth to a reasonable degree of accuracy, building on Maurolycus’ methodology and Snellius‘ mathematical discoveries. Picard was honored with a pyramid at Juvisy-sur-Orge for his significant scientific effort. He was able to achieve this by measuring one degree of latitude along the Paris Meridian using triangulation along thirteen triangles stretching from Paris to the clock tower of Sourdon, near Amiens. His measurements produced a result of 110.46 km for one degree of latitude, which gives a corresponding terrestrial radius of 6328.9 km. The polar radius has now been measured at just over 6357 km. This was an error only 0.44% less than the modern value. This was another example of advances in astronomy and its tools making possible advances in cartography. Picard was the first to attach a telescope with crosswires to a quadrant, and one of the first to use a micrometer screw on his instruments. The quadrant he used to determine the size of the Earth had a radius of 38 inches and was graduated to quarter-minutes. The sextant he used to find the meridian had a radius of six feet, and was equipped with a micrometer to enable minute adjustments. These equipment improvements made the margin of error only ten seconds, as opposed to Tycho Brahe’s four minutes of error. This made his measurements 24 times as accurate. It is believed that Isaac Newton used this value in his theory of universal gravitation. Picard’s method and measurements were the topic of his Mesure de la terre, published in 1671.

He was also an important member of the team that began to compile a map of France based on scientific principles and he became a major figure in the development of scientific cartography. In 1673 he was at the Paris observatory collaborating with Cassini, Rømer, and La Hire on the institute’s regular project of observations. Picard directed his attention to other projects of the Académie such as the surveying operations at Marly and Versailles. For example he became active in the problem of supplying Versailles with water. He also performed barometric experiments and became generally more and more active in the field of physics. Picard published scientific papers on hydraulics and optics. He made several suggestions to improve the telescope and left behind manuscripts on dioptrics.

At yovisto, you may be interested in a video on the CNES mission, named after the French scientist Jean-Félix Picard. CNES’s Picard microsatellite is designed to simultaneously measure parameters such as the Sun’s speed of rotation, radiated power, sunspots, figure and diameter, in order to better understand its inner workings.