You are here: Home › physics › Jean-Charles-Athanase-Peltier and the Peltier Effect 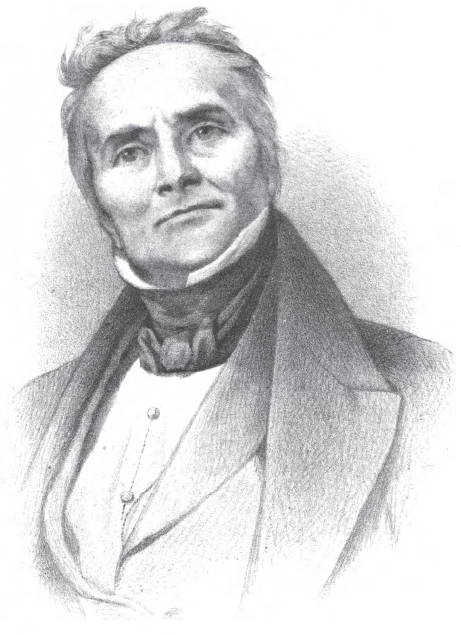 On October 27, 1845, French physicist Jean Charles Athanase Peltier passed away. Peltier is best known today for the introduction of the eponymous Peltier effect, a thermoelectrical effect, i.e. the presence of heating or cooling at an electrified junction of two different conductors, as well as for the electrostatic induction.

Peltier was born to a poor family; his father earned a living as a shoemaker. A quick intelligence and perseverance were displayed at an early age, as were mechanical skills.[3] At age 15, Peltier was apprenticed to a German clockmaker named Brown in Saint-Quentin. In 1802, his father removed him from this position and apprenticed him in Paris to another clockmaker, named Méra, who had worked for famous Swiss horologist Abraham Louis Breguet [1]. After an attempt to enter the army, which was prevented by his mother’s disapproval, Peltier attracted the attention of Breguet and entered his employ in 1804 [3]. Nevertheless, Peltier retired when he was 30 years old to devote himself to experimental and observational science.

Studies in Anatomy and Electricity

Peltier first began his studies with the composition of a Latin grammar. He then become interested in the phrenology of Franz Gall [4] and was inspired, at age thirty-six, to study anatomy in order to obtain a more complete knowledge of the structure of the brain. In the course of his studies he attended a number of vivisection demonstrations, in which electricity was used to stimulate nerves. These demonstrations led Peltier to the study of electricity, which he pursued for the last twenty years of his life.[3]

Stimulated by the work of Italian physicist Leopoldo Nobili, Peltier, constructed a sensitive galvanometer to measure the conductivities of antimony and bismuth for small currents. Peltier’s use of small samples of these nonductile materials was fortunate because the anomalous behavior of these materials led him to construct a thermoelectric thermoscope and to measure the temperature distribution along a series of thermocouple circuits.[3] Peltier discovered the calorific effect of electric current passing through the junction of two different metals. This is now called the Peltier effect or Peltier–Seebeck effect. He noticed that in an electronic element when current flows through, a temperature difference is generated at a current flow. By switching the direction of current, either heating or cooling may be achieved. Thus heat will be moved from one junction to the other. In 1836 he published Observations sur les multiplicateurs et sur piles les thermo-electriques (1836) and in 1838 his findings were confirmed by Russian physicist Emil Lenz.

Peltier did not pursue the effect he had discovered, and its importance was not fully recognized until after the thermodynamic work of William Thomson twenty years later.[5] The Peltier effect can be considered as the back-action counterpart to the Seebeck effect (named after Baltic German physicist Thomas Johann Seebeck): if a simple thermoelectric circuit is closed then the Seebeck effect will drive a current, which in turn (via the Peltier effect) will always transfer heat from the hot to the cold junction.

Peltier’s remaining scientific endeavors fell into two major categories: microscopy and meteorology. His work in microscopy was an outgrowth of his anatomical and physiological interests; most of his observations were on various animalcules.[3] Furthermore, Peltier dealt with topics from the atmospheric electricity and meteorology. In 1840, he published Observations sur météorologie électrique (1840) on the causes and formation of hurricanes. His papers, which are numerous, are devoted in great part to atmospheric electricity, waterspouts, cyanometry and polarization of sky-light, the temperature of water in the spheroidal state, and the boiling-point at great elevations. There are also a few devoted to curious points of natural history. But his name will always be associated with the thermal effects at junctions in a voltaic circuit.

Jean-Charles-Athanase Peltier died on October 27, 1845, in Paris, at age 60. The Peltier Channel in Antarctica is named after him.