You are here: Home › astronomy › Mariner 10 and the Swing-By at Planet Venus 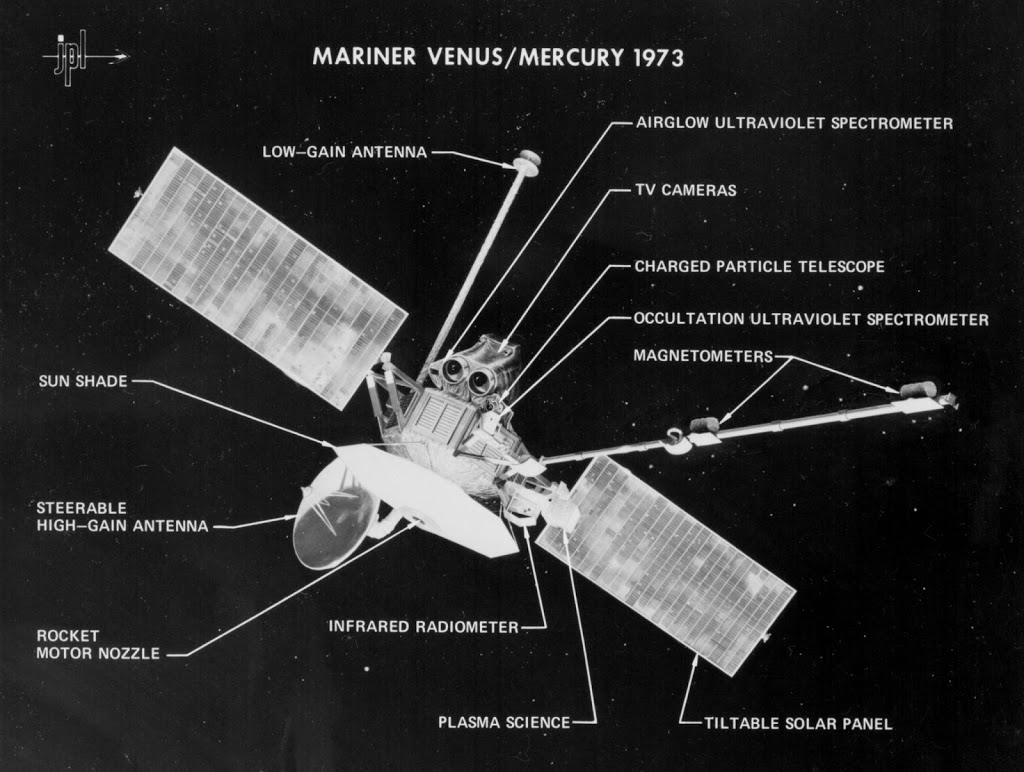 Mariner 10, an illustration showing all of its instruments, NASA JPL

Mariner 10 was the last of NASA‘s Mariner program and executed to measure the environment of Mercury as well as its surface and its atmosphere. The spacecraft was the second of all time to perform the gravitational slingshot maneuver, using Venus to bend its flight path and adapt it to Mercury‘s. The maneuver was developed by Guiseppe Colombo, an Italian scientists, mathematician, and engineer, whose calculations took a major influence in the success of the mission. Colombo was able to send the spacecraft into an orbit repeatedly bringing it back to Mercury. The spacecraft was also the first to use active solar pressure control and took over 7000 pictures of Mercury during its flybys.

The mission’s first goal was to explore the north polar region of the Moon and take images so cartographers were able to update their lunar maps. After a correction maneuver and an ultraviolet observation of the long-period Comet Kohoutek, named after the Czech astronomer Luboš Kohoutek, the spacecraft cruised its way to Venus, arriving on February 4, 1974. Through Mariner’s ultraviolet camera filters, the planet’s chevron clouds were explored in detail before heading to Mercury, passing its shadow side at first. Mercury was then to complete two full orbits before ‘meeting’ again with Mariner 10, which looped around the Sun while Mercury’s orbits. The second approach to Mercury was completed on September 21, 1974 below its southern hemisphere and the third focused on its north pole. 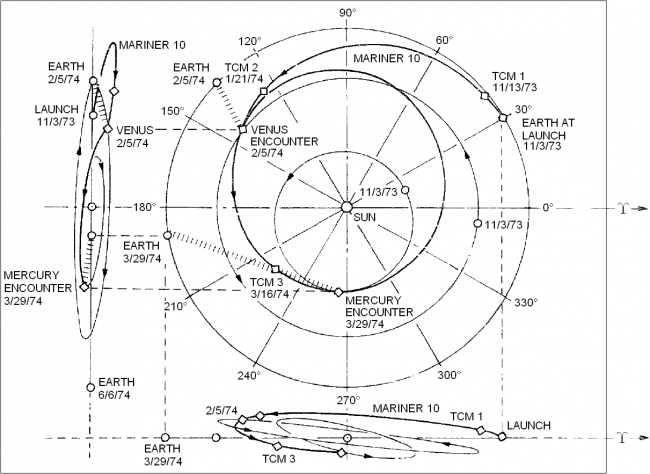 Until March 24, 1975, several tests continued while Mariner 10 began its orbit around the Sun. Then its transmitter was turned off and up to this day, the spacecraft is orbiting the Sun according to Dave Williams of NASA’s National Space Science Data Center:

“Mariner 10 has not been tracked or spotted from Earth since it stopped transmitting. We can only assume it’s still orbiting [the Sun], but the only way it would not be orbiting would be if it had been hit by an asteroid or gravitationally perturbed by a close encounter with a large body. The odds of that happening are extremely small, so it is assumed to still be in orbit.“ 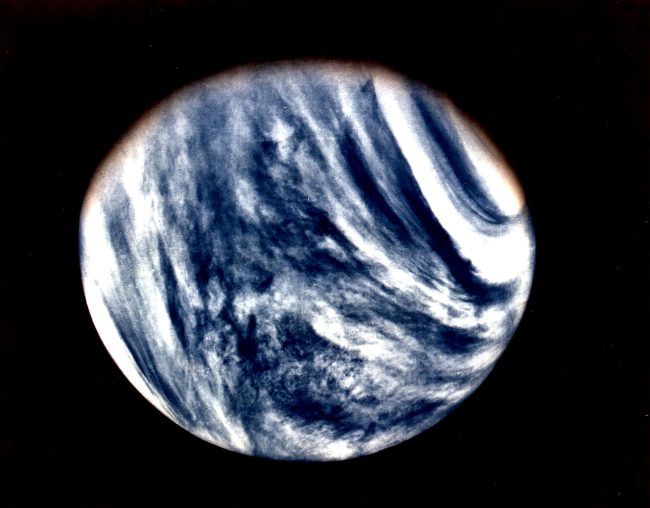 Mariner 10’s photograph of Venus in ultraviolet light (photo color-enhanced to simulate Venus’s natural color as the human eye would see it), NASA

However, its electronics have probably been damaged by the Sun’s radiation. Mariner 10 has not been spotted or tracked from Earth since it stopped transmitting. During its three approaches to Mercury, the spacecraft was able to map about 45% of the planet’s surface, revealing a surface very much alike the one’s of the Moon. Mariner 10 also discovered that Mercury has a tenuous atmosphere consisting primarily of helium, as well as a magnetic field and a large iron-rich core. Its radiometer readings suggested that Mercury has a nighttime temperature of −183 °C (−297.4 °F) and maximum daytime temperatures of 187 °C (369 °F). 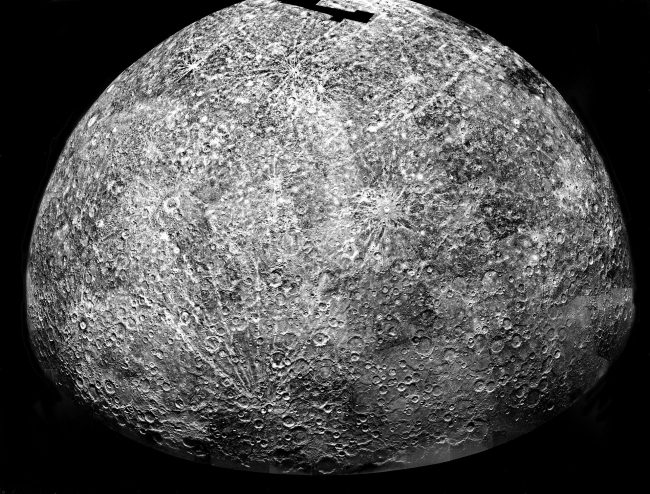 A mosaic of images from the second encounter, covering the equator to the south pole. NASA/JPL

Planning for MESSENGER, a spacecraft that surveyed Mercury until 2015, relied extensively on data and information collected by Mariner 10.