You are here: Home › communication › All the World’s Knowledge – Wikipedia 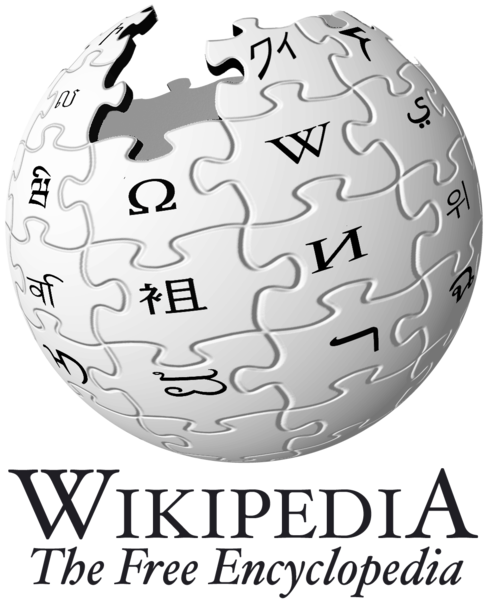 On January 15, 2001, the online encyclopedia Wikipedia was officially launched by Jimmy Wales and Larry Sanger. Wikipedia‘s 55,001,389 articles in 325+ languages, including more than 6 million articles in the English Wikipedia (as of January 2022 [10]), are written collaboratively by volunteers around the world. It is the largest and most popular general reference work on the Internet.

Encyclopedias from the Print to the Web

Do you remember how life was before there was Wikipedia? Even if you are old enough to know, I’ll bet you won’t have used another (probably printed version of an) encyclopedia in the same extend as the Wikipedia today. OK, my parents always had some kind of an encyclopedia at home. And yes, sometimes I strolled to the shelf, pulled out one of the large volumes and looked up one or the other article. The general problem was, after several years, your printed encyclopedia was outdated and you had to buy a new one – which most times was rather expensive. Then, there were electronic encyclopedias, delivered on floppy disks or CDs. I remember Microsoft Encarta for example. Compared to the printed volumes of an Encyclopedia Britannica, the electronic (Microsoft) version of the encyclopedia really was affordable…even the yearly updates. But, nobody could imagine that there will ever be an encyclopedia, larger and and with a more extensive coverage than any printed encyclopedia ever, updated instantly almost without any delay. And the best of it, it is free and always available. From my point of view, Wikipedia is one of the greatest achievements of human kind of all times.

The Beginning of Wikipedia

Wikipedia began as a complementary project for Nupedia, a free online English-language encyclopedia project whose articles were written by experts and reviewed under a formal reviewing process.  Jimmy Wales and Larry Sanger were the main people responsible for the development of Nupedia and later Wikipedia. One of the major problems of Nupedia was the lack of speed when writing articles. In its first six months, only two articles made it to get through the editing and reviewing process. Thus, Wales and Sanger decided that they have to change this process significantly. And this is, where the general public – also referred to as the ‘crowd’ – came into play. Everybody should be able to contribute without a formal editorial process, and thus also without any delay. While Wales is credited with defining the goal of making a publicly editable encyclopedia, Sanger is credited with the strategy of using a wiki as collaboration tool to reach that goal. Wikipedia was formally launched on January 15, 2001, independently from Nupedia, which it soon had surpassed. By the end of the first year, Wikipedia contained more than 20,000 articles in 18 languages. Since then, the site has grown rapidly to 250,000 articles by 2004 and the first million by 2006 [1].

From begin on, Wikipedia had to deal with several problems. Among them were vandalism as well the lack of a fixed formula for determining what should be included in an encyclopedia (and what shouldn’t) which is unconstrained by any physical limitations. The rapidly emerging community included a volunteer army of editors, all supporting the Wikipedia rules of conduct which were initiated by Sanger in 2002. But, with the growing size of Wikipedia, also the problems became worse, especially when it comes to accuracy. But, this major concern has been resolved as a 2005 study by Nature found out that Wikipedia’s scientific articles even come close to matching the Encyclopaedia Britannica. According to the study there are 2.92 mistakes per article for Britannica and 3.86 for Wikipedia.

If you look at the article’s topic distribution, you will get the impression that Wikipedia’s granularity and coverage seems to be a little bit biased – just take into account the numerous articles on Star Wars creatures and compare their number and length with the number of articles on analytical geometry or theoretical physics. This phenomenon is widely referred to as the Systemic Bias, created by the shared social and cultural characteristics of most editors, and it results in an imbalanced coverage of subjects and perspectives on the encyclopedia [2]. In Wikipedia, English-speaking editors from Anglophone countries dominate, “eighty percent of our page views are from the Global North, and 83 percent of our edits”. Groups with statistically less Internet access are underrepresented in Wikipedia, this includes for instance people in developing nations, the poor in industrialized nations, the disabled, and the elderly [2]. To the underrepresented in Wikipedia also belong female scientists which sparked a few debates during the last year [3].

For us as researchers and for many commercial enterprises, Wikipedia also has become an invaluable source of information. The DBpedia is the ‘semantic web version’ of Wikipedia, providing information from Wikipedia articles in a machine readable and machine understandable way, which serves as the basis for further knowledge engineering [4]. The knowledge available in DBpedia is used in our research to better understand search queries, to categorize information, to determine the importance of facts, to support question answering, to enable explainable AI, to determine and judge contextual knowledge, and finally to enable an exploratory search experience that you can experience also in this blog, the SciHi Blog.