You are here: Home › computer science › The Last Lecture of Randy Pausch 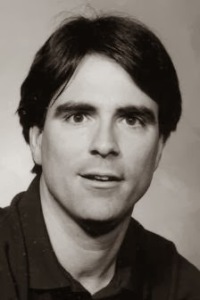 On October 23, 1960, professor of computer science and human-computer interaction Randy Pausch was born. He is best known for a lecture titled “The Last Lecture: Really Achieving Your Childhood Dreams” he gave after he had learned that he had pancreatic cancer, which became rather popular on youtube.

Randy Pausch studied at Brown University and received his Ph.D. in computer science at Carnegie Mellon University in the 1980’s. He fulfilled a childhood’s dream while completing sabbaticals at Walt Disney Imagineering and became Associate Professor of Computer Science, Human-Computer Interaction and Design, at Carnegie Mellon University in 1997. Pausch started teaching a course, in which the students coming from all departments built virtual worlds and presented them at the end of the semester. With this course that lasted for 10 years, Pausch became one of the most appreciated and liked teachers at CMU. During his time at the Carnegie Mellon University, Randy Pausch also started a software project called Alice. The 3D programming environment was designed to enable children to learn how to program Java, C, and C++ in the most enjoyable way possible. The free software allows students to learn fundamental programming concepts in the context of creating animated movies and simple video games and is still available on this day.

In August 2007, Randy Pausch was told to expect three to six months of good health living after being diagnosed with pancreatic cancer. On September 18, 2007, Pausch gave his famous last lecture at Carnegie Mellon University called ‘The Last Lecture: Really Achieving Your Childhood Dreams‘ and it was dedicated to his three children and wife. Originally, Pausch was invited to give the talk in the series ‘the last lecture‘ independent from his illness, just like several other scientists at CMU. After receiving the terminal diagnose however, Pausch and his family decided this to be a good event for sharing his real last thoughts and inspirations to the world.

The auditorium was filled with 450 students, staff members and friends, who greeted the lecturer with a standing ovation. Starting his talk, Pausch explained that he would not talk about his wife, children, his terminal cancer or religion and spirituality at this point. Next, Pausch described his childhood dreams like becoming a Disney Imagineer, being in zero gravity, playing in the NFL or being the author of a World Book Encyclopedia article. As the lecture continued, he explained how he got to achieve his goals, how to overcome “brick walls” and why it is important to fail at things once in a while. In the following, Pausch started talking about the importance of enabling childhood dreams of others and described that becoming a professor was the best decision in order to do so. After the quite emotional ending of the lecture in which Pausch also explained that everyone has to decide whether he or she is “a Tigger or an Eeyore“, Pausch again received a standing ovation and was honored by several former professors and colleagues.

The lecture received an incredible media attention and soon, Randy Pausch was nominated ABC‘s “Person of the Week”. He appeared at Oprah Winfrey, joined the Pittsburgh Steelers for one practice day and was even invited to shoot a role in the latest Star Trek movie.