You are here: Home › philosophy › Pierre Bayle – Forerunner of the Age of Enlightenment 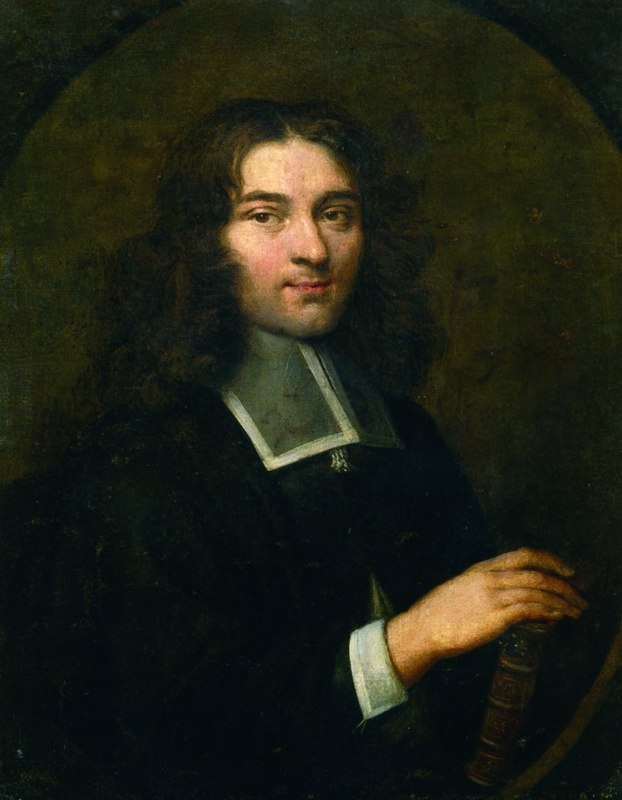 On November 18, 1647, French philosopher and writer Pierre Bayle was born. As a forerunner of the Encyclopedists and an advocate of the principle of the toleration of divergent beliefs, his works subsequently influenced the development of the Enlightenment. He is probably best known for his seminal work the Historical and Critical Dictionary.

“Reason is like a runner who doesn’t know that the race is over, or, like Penelope, constantly undoing what it creates…. It is better suited to pulling things down than to building them up, and better at discovering what things are not, than what they are.”
– Pierre Bayle, Reply to the Questions of a Provincial (Réponse aux questions d’un provincial, 1703)

Pierre Bayle was born at Carla-le-Comte near Pamiers, Ariège, France , a small a Pyrenean village, the son of a Huguenot preacher Jean Bayle († 1685) and his wife Jeanne Bayle, née de Bruguière († 1681), the second son of two siblings. He grew up in a linguistic environment influenced by Occitan. First educated by his father, from 1666 on he studied at the Protestant academy of Puylaurens (Département Tarn), Académie de Montauban et de Puylaurens, where he first had to improve his competence in the standard French language. Later on, Bayle entered a Jesuit college at Toulouse and became a Roman Catholic. After about a year and a half later, Bayle returned to Calvinism and fled to Geneva. In the Calvinist city of Geneva, with its changing history in modern times, he worked from September 1670 to June 1674 as a tutor, précepteur, and studied philosophy, especially that of René Descartes.[4] He then went to Rouen and Paris, also as a tutor, where there were still larger Reformed congregations at that time. He remained there in his activities until June 1681.

Professor at the École Illustre

In 1675 he became a philosophy professor at the Protestant Academy of Sedan, Académie de Sedan in Champagne. When the Academy was closed in 1681 as part of France’s increasing stranglehold on French Protestantism, Bayle, like so many Calvinist French intellectuals, went to Holland and in October 1681 was given a professorship of philosophy and history in Rotterdam at the newly opened École Illustre (schola illustris). He helped his former friend Pierre Jurieu, whom he knew from his days teaching at the Académie de Sedan, to a professorship of theology at th eÉcole Illustre.  Jurieu had also been critical and because he feared persecution for his work La Politique du clergé de France, which was currently in print, he finally preferred an appointment to Rotterdam.

In 1682, the Enlightenment philosopher published his first book: Lettre sur la comète de 1680 (“Letter on the Comet of 1680“), which was expanded and published in 1683 as Pensées diverses sur la comète de 1680 (“Various Thoughts on the Comet of 1680“). In it, Bayle refutes the superstitious notions associated with comets, and he promotes the idea that all knowledge must be constantly critically examined. From 1684 to 1687, with the help of the printer Henri Desbordes (1649-1722), Bayle was the editor and principal contributor to the literary and scientific journal Nouvelles de la République des Lettres (“News from the Republic of Education“), which was aimed at that intellectually interested public scattered throughout Europe and published in Rotterdam.

When, on October 17, 1685, Louis XIV repealed the Edict of Toleration issued by Henry IV (the famous Édit de Nantes), causing the flight of over 200. 000 Protestants from France, Bayle responded with two critical writings: Ce que c’est que la France toute catholique sous le règne de Louis le Grand (“What is the Most All-Catholic France under the Reign of Louis the Great [in Truth],” 1686), where he denounced religious intolerance and the entanglement of church and state, as well as Commentaire philosophique sur ces paroles de Jésus-Christ “Contrains-les d’entrer” (“Philosophical Commentary on the Words of Christ ‘Require them to Come in,’” 1687), where he demands freedom of conscience, even for those of other faiths and atheists, not only as a moral principle but as an imperative of reason. He wanted to separate the spheres of the state from those of religion.

Already since the Pensées, Bayle was suspect not only to Catholics, but also to many Protestants, who regarded his rationalist and liberal attitude in matters of confession and faith as deism in disguise, if not atheism. From the Protestant side, in particular by Pierre Jurieu, a former colleague from Sedan, he was therefore strongly attacked when he was attributed, probably not unjustly, the anonymous writing Avis important aux réfugiés (“Important Advice to the Refugees,” 1690), in which he warned against the activities of the agitators among the emigrated Huguenots, who sought to drive Holland and England into a war of revenge against Louis XIV.

In 1693 Bayle lost his professorship and devoted himself entirely to work on his Dictionnaire historique et critique (2 vols. 1695/96, 4 vols. 1702), which a Dutch publisher had virtually ordered and pre-financed. This was originally intended to be an improved version of Grand Dictionnaire historique (1674 et al.), an encyclopedia of names and persons by the Jesuit Louis Moréri, but it developed into a reference work of a new type. Bayle did not limit himself to an inventory of the contemporary knowledge about historical persons and figures (especially those of the Bible), but he tried to go beyond and above all to a critical review of this knowledge. For this purpose, he introduced as a pioneering innovation that he kept the actual articles short and limited them to the factual, but added to them extensive footnotes, some of them several columns long, in which he quoted sources and authorities, and often those that contradicted each other, thus forcing the reader to question apparently established facts and to think and decide for himself. Bayle thus demonstrated that historiography does not consist, as was mostly tacitly assumed before, in the mere collection and presentation of facts, but that the facts themselves are already problematic and that their critical reconstruction and interpretation constitute the core task of historical research. His multi-volume Historical and Critical Dictionary constitutes Bayle’s masterpiece. It went through more than 10 editions by 1760. It became the first critical summary, intended for the educated public, of the knowledge gained by the early Enlightenment. The English translation of The Dictionary, by Bayle’s fellow Huguenot exile Pierre des Maizeaux, was identified by U.S. President Thomas Jefferson to be among the one hundred foundational texts to form the first collection of the Library of Congress.

Bayle himself, however, did not live to see his recognition. He spent the last years of his life writing in defense against the accusations that his lexicon brought him. Pierre Bayle died in Rotterdam on December 28, 1706.