You are here: Home › biology › Katherine Esau and the Anatomy of Plants 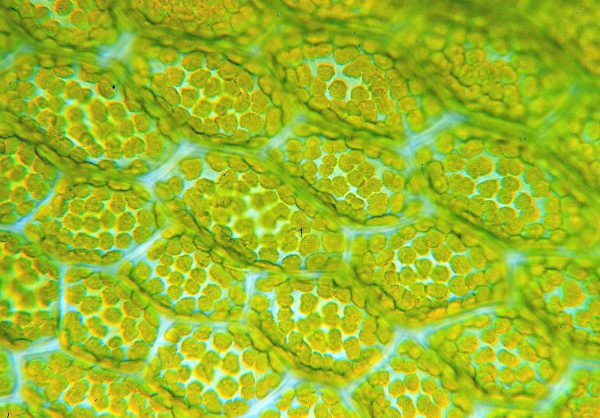 Chloroplasts in leaf cells of the moss Mnium stellare

On April 3, 1898, German-American botanist Katherine Esau was born. Esau did groundbreaking work in the structure and workings of plants. She is best known for her research into the effects of viruses upon plant tissues, and her studies of plant tissue structures and physiology.

“I found ways of maintaining spiritual independence while adjusting myself to established policies. . . . I have never felt that my career was being affected by the fact that I am a woman.”
– Katherine Esau, as cited in [6]

Katherine Esau was born into a family of Russian-Mennonites in Yekaterinoslav, Russia (today Dnipropetrovsk, Ukraine). She first started studying agriculture at Golitsin Agricultural University for Women in Moscow, but after a year her family was prompted by the Bolshevik Revolution to move to Germany. Here Esau continued her studies from 1919 to 1922 at the Landwirtschaftliche Hochschule Berlin. In 1922, the Esau family moved to California and Katherine resumed her education at the University of California, Davis. For her first job in the United States she worked on developing a sugar beet with resistance to the curly top virus. She received a doctorate from the University of California at Berkeley in 1931 and joined the faculty at the university’s branch at Davis, where she remained until her retirement in 1965. 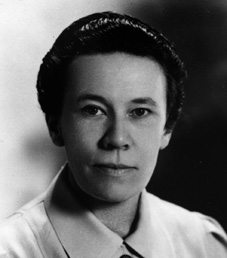 The Field of Plant Anatomy

The field of plant anatomy became refined into a modern science around 1600, and the Italian doctor and microscopist, Marcello Malpighi, was one of the two founders.[4] He published his Anatomia Plantarum, the first major advance in plant physiognomy since Aristotle. The other founder was the British doctor Nehemiah Grew. He published An Idea of a Philosophical History of Plants in 1672 and The Anatomy of Plants in 1682. Grew is credited with the recognition of plant cells, although he called them ‘vesicles’ and ‘bladders’. He correctly identified and described the sexual ‘organs’ of plants and their parts. Carl Linnaeus established taxonomy based on structure, his most influential work on the field – Species Plantarum – was established in 1753.[5] In 1813 a Swiss botanist, Augustin Pyrame de Candolle, published Théorie élémentaire de la botanique, in which he argued that plant anatomy, not physiology, ought to be the sole basis for plant classification. Using a scientific basis, he established structural criteria for defining and separating plant genera. The British paleobotanists Dunkinfield Henry Scott and William Crawford Williamson described the structures of fossilized plants at the end of the Nineteenth Century.

Katherine Esau became one of the most important plant anatomists after World War II. Her books Plant Anatomy and Anatomy of Seed Plants have been key plant structural biology texts for four decades. During her early career, Esau focused on the effect of viruses on plants, specifically on plant tissue and development. Her treatise, The Phloem, was published in 1969 as Volume 5 of the Handbuch der Pflanzenanatomie. This volume has been recognized as the most important of this series and a definitive source of information about phloem. Together with botanist Vernon Cheadle, Katherine Esau collaborated on further phloem research. After retiring from the University of California, Davis, she moved to the University of California, Santa Barbara in 1965, and continued her research well into her 90s, publishing 162 articles and five books.

In 1989, President George Bush awarded Esau the National Medal of Science. In memory of her contributions as a lecturer, author and scientist, the Katherine Esau Award is awarded to the graduate student who presents the best paper in structural and developmental biology at the annual meeting of the Botanical Society of America