You are here: Home › medical science › John Hughlings Jackson and his studies of Epilepsy 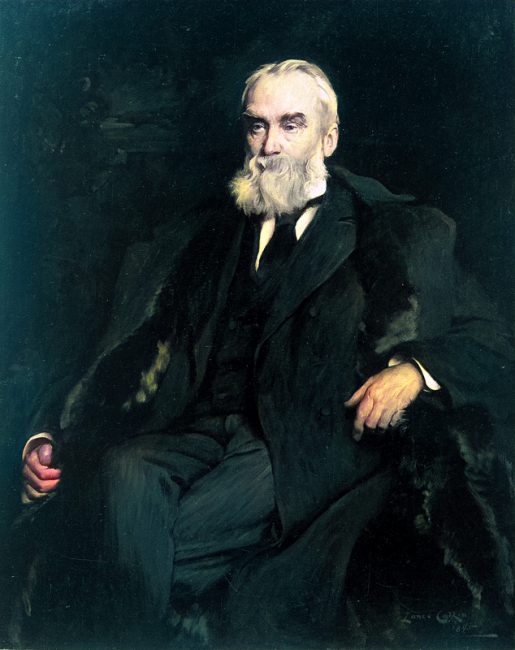 On April 4, 1835, English neurologist John Hughlings Jackson was born. Jackson is best known for his research on epilepsy. His studies of epilepsy, speech defects, and nervous-system disorders arising from injury to the brain and spinal cord remain among the most useful and highly documented in the field. He was one of the first to state that abnormal mental states may result from structural brain damage.

John Hughlings Jackson was born on the Providence Green estate near Knaresborough, in Yorkshire, UK,  where his father had a small estate on what is now Borough of Harrogate (North Yorkshire). When he decided to pursue a medical career at the age of 17, he began, as was customary at the time, an apprenticeship with the doctor Thomas Laycock in York, who later became professor of medicine at the University of Edinburgh. At the age of 21 he received his licence to practise medicine and worked for three years as an assistant at the local hospital in York. In 1859 he received his doctorate in medicine and went to London to study neurology with Jonathan Hutchinson. In 1863 Jackson became an assistant at the National Hospital for Nervous Diseases.

The Focus of Disease

In 1864, Jackson was appointed chief physician. He remained in this hospital until he reached the normal retirement age in 1896, when he was appointed “Consultant Doctor” for a further ten years in recognition of his long service at the Institute. Even as a young doctor, Jackson expressed the view that “destructive diseases do not directly cause positive symptoms, but rather produce a negative state from which only positive symptoms can arise. As an example, he cited the increased muscle tone and increased reflexes in the limbs in cases of spastic paralysis. Another principle for Jackson was that determining the position of a focus of a disease that interferes with a function does not allow any conclusions to be drawn about the localisation of the function. Jackson never took the view that the function of any part of the cerebral cortex was exclusively sensory or exclusively motor. He localized the sections, which primarily serve motor functions, in the frontal parts, those with “predominantly” sensitive functions in the more rear parts of the hemisphere.

Epilepsy was one of the topics Jackson was particularly interested in. He paid special attention to focal or focal beginning seizures, during which all stages were well observable. This type of seizure spread is now known as Jackson attacks. He has also described the epileptic manifestations that appear as dream state, or psychic aura, that often occur in herds in the vicinity of the uncinatus gyrus, and suggested the name uncinate fits for them.

Jackson began studying speech disorders due to brain lesions as early as 1864, but was reluctant to express an opinion on the localization of speech in the brain. Two years after Paul Broca had shown that the use of words could be lost due to lesions of the left forehead brain [5], Jackson refused to acknowledge a rigid localization scheme in his first contributions to this question in 1864. Later he admitted that a certain part of the brain, which is supplied by the middle brain artery on the left side, could be the “yellow spot for language”.

Jackson founded the journal “Brain” in 1878 with the psychiatrist John Charles Bucknill, the neurologist and psychiatrist Sir James Crichton-Browne and the Scottish physiologist David Ferrier, among others. He was an honorary member of the US-American National Association for the Study of Epilepsy and the Care and Treatment of Epileptics.

Diagnosis and Understanding of Epilepsy

John Hughlings Jackson is best known for his contributions to the diagnosis and understanding of epilepsy in all its forms and complexities. His name is attached to the characteristic “march” also known as the Jacksonian March or the Jacksonian Seizure. Characteristic for these seizures are focal motor seizures and to the so-called “dreamy state” of psychomotor seizures of temporal lobe origin. John Hughlings Jackson described this dreamy state as some kind of over-consciousness. For instance the associated symptoms described by Jackson include “crude sensations” of smell, taste, an unusual epigastric sensation, chewing and lip smacking, automatisms, postictal symptoms, and at least some degree of alteration of consciousness. Jackson further described three degrees of consciousness, each with an object and subject component. John Hughlings Jackson’s theory of consciousness remains relevant to current understanding of the mind-brain relationship.

Throughout his career, Jackson delivered the Goulstonian, Croonian and Lumleian lectures to the Royal College of Physicians, and he delivered the 1872 Hunterian Oration to the Hunterian Society. Hughlings Jackson published more than 300 medical treatises. The more important contributions to the physiology and pathology of the nervous system were edited by Dr. James Taylor in Selected Writings of John Hughlings Jackson in London in 1931.