You are here: Home › biology › Marcello Malpighi – The Father of Microscopical Anatomy 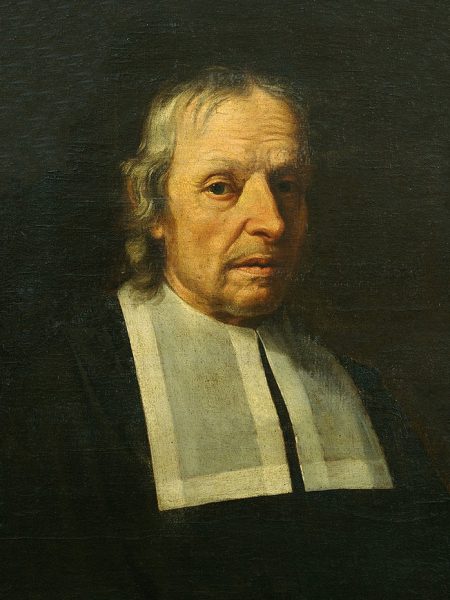 On March 10, 1628, Italian biologist and physician Marcello Malpighi was born. Malpighi is referred to as the “Father of microscopical anatomy, histology, physiology and embryology“. In developing experimental methods to study living things, Malpighi founded the science of microscopic anatomy. After Malpighi‘s researches, microscopic anatomy became a prerequisite for advances in the fields of physiology, embryology, and practical medicine.

Marcello Malpighi was born at Crevalcore near Bologna, Italy, the son of well-to-do parents. Little is known of Malpighi’s childhood and youth except that his father had him engage in “grammatical studies” at an early age and that he entered the University of Bologna in 1645 to study philosophy [1] Both parents died when he was 21, but he was able, nevertheless, to continue his studies despite opposition from the university authorities because he was non-Bolognese by birth. At the persuasion of his mother Frances Natalis, he began to study physics. In 1653 he was granted doctorates in both medicine and philosophy and appointed as a teacher, whereupon he immediately dedicated himself to further study in anatomy and medicine.

A More Experimental Method of Research

Malpighi’s independence of thought and his refusal to follow Galenic teachings blindly, aroused opposition.[2] Nevertheless, in 1656, Ferdinand II of Tuscany invited him to the professorship of theoretical medicine at the University of Pisa, where Malpighi began his lifelong friendship with Giovanni Borelli, mathematician and naturalist, who was a prominent supporter of the Accademia del Cimento, one of the first scientific societies. At Pisa Malpighi began to abandon the disputative method of learning and apply himself to a more experimental method of research. Based on this research, he wrote some Dialogues against the Peripatetics and Galenists (those who followed the precepts of Galen), which were destroyed when his house burned down. Furthermore, he tried experiments on colour changes in blood, and attempted to recast anatomical, physiological, and medical problems of the day. Family responsibilities and poor health prompted Malpighi’s return in 1659 to the University of Bologna, where he was greeted as one of her greatest citizens and continued to teach and do research with his microscopes.

Research with the Microscope

In 1661 he identified and described the pulmonary and capillary network connecting small arteries with small veins, one of the major discoveries in the history of science. Malpighi’s views evoked increasing controversy and dissent, mainly from envy and lack of understanding on the part of his colleagues. In 1662, he was made a professor of Physics at the Academy of Messina on the recommendation there of Borelli, who was investigating the effects of physical forces on animal functions. Malpighi was also welcomed by Visconte Giacomo Ruffo Francavilla, a patron of science and a former student, whose hospitality encouraged him in furthering his career. Malpighi pursued his microscopic studies while teaching and practicing medicine. He identified the taste buds and regarded them as terminations of nerves, described the minute structure of the brain, optic nerve, and fat reservoirs, and in 1666 was the first to see the red blood cells and to attribute the color of blood to them. Again, his research and teaching aroused envy and controversy among his colleagues.[1] Although he accepted temporary chairs at the universities of Pisa and Messina, throughout his life he continuously returned to Bologna to practice medicine.

Correspondance with the Royal Society

In 1668, Malpighi received a letter from Henry Oldenburg of the Royal Society in London, inviting him to correspond. Malpighi wrote his history of the silkworm in 1668 and sent the manuscript to Oldenburg. Thereby, he became member of the Royal Society in 1669. In 1671, Malpighi’s Anatomy of Plants was published in London by the Royal Society, and his recent discoveries regarding the lungs, fibers of the spleen and testicles, and several other discoveries involving the brain and sensory organs was thereafter published periodically in the form of letters in the Philosophical Transactions of the Royal Society.[4] He also shared more information regarding his research on plants. At that time, he related his disputes with some younger physicians who were strenuous supporters of the Galenic principles and opposed to all new discoveries.

Around the age of 38, and with a remarkable academic career behind him, Malpighi decided to dedicate his free time to anatomical studies based on the use of the microscope. Because of this work, many microscopic anatomical structures are named after Malpighi, including a skin layer (Malpighi layer) and two different Malpighian corpuscles in the kidneys and the spleen, as well as the Malpighian tubules in the excretory system of insects. Working on frogs and extrapolating to humans, Malpighi demonstrated the structure of the lungs, previously thought to be a homogeneous mass of flesh, and he offered an explanation for how air and blood mixed in the lungs. Malpighi also used the microscope for his studies of the skin, kidneys, and liver. For example, after he dissected a black male, Malpighi made some groundbreaking headway into the discovery of the origin of black skin. He found that the black pigment was associated with a layer of mucus just beneath the skin. 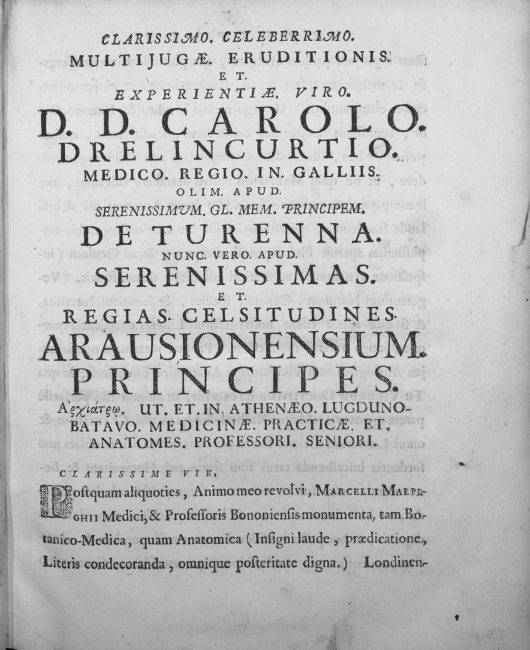 A talented sketch artist, Malpighi seems to have been the first author to have made detailed drawings of individual organs of flowers. In his Anatome plantarum is a longitudinal section of a flower of Nigella with details of the nectariferous organs. He adds that it is strange that nature has produced on the leaves of the flower shell-like organs in which honey is produced. Malpighi had success in tracing the ontogeny of plant organs, and the serial development of the shoot owing to his instinct shaped in the sphere of animal embryology. He specialized in seedling development, and in 1679, he published a volume containing a series of exquisitely drawn and engraved images of the stages of development of Leguminosae (beans) and Cucurbitaceae (squash, melons). Later, he published material depicting the development of the date palm.

Following many other discoveries and publications, in 1691, Malpighi was uprooted from his beloved home in Bologna and summoned to Rome by Pope Innocent XII as papal physician. He taught medicine in the Papal Medical School and wrote a long treatise about his studies which he donated to the Royal Society of London. Marcello Malpighi died of apoplexy in Rome on 29 September 1694, at the age of 66.

Brian Collins, An Introduction to Histology, The Study of Microscopic Anatomy and Tissues, [7]