You are here: Home › biology › Nikolaas Tinbergen and the Study of the Instinct 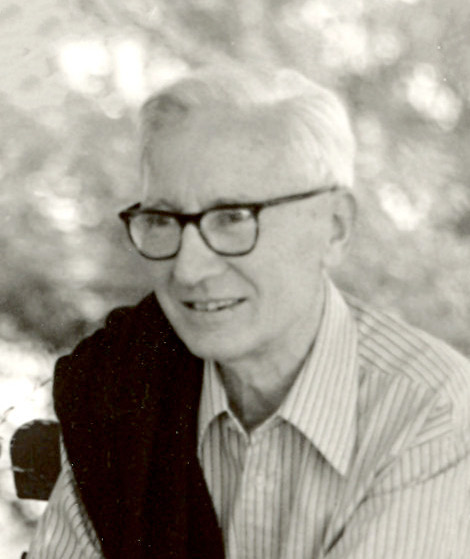 On April 15, 1907, Dutch biologist, ornithologist, and Nobel Laureate Nikolaas Tinbergen was born. He studied the behavior of animals in their natural habitats and shared (with Konrad Lorenz and Karl von Frisch) the Nobel Prize for Physiology or Medicine in 1973 for their discoveries concerning “organization and elicitation of individual and social behavior patterns.”

Nikolaas Tinbergen was born in The Hague, Netherlands, as the third of five children of Dirk Cornelis Tinbergen, a grammar school master in Dutch language and history, and his wife Jeannette van Eek. Tinbergen’s interest in nature manifested itself when he was young. Already when in school, the boy took care of the two small aquaria in his parent’s backyard, in which he watched, each spring, the nest building and other fascinating behaviors of Sticklebacks. But, according to his own account, he was not very much interested in learning:

‘I was not much interested in school, and both at secondary school and at University, I only just scraped through, with as little effort as I judged possible without failing. Wise teachers […] allowed me plenty of freedom to engage in my hobbies of camping, bird watching, skating and games, of which playing left-wing in grass hockey teams gave me free rein for my almost boundless youthful energies. [1]

Nevertheless, he intended to study biology, but first was frightened by what the was told about academic biology. Then, in 1925, a friend of the family Professor Paul Ehrenfest persuaded Nikolaas’ father to send him to famous experimental biologist Professor J. Thienemann, the founder of the famous ‘Vogelwarte Rossitten‘, and the initiator of bird ringing. During his walks along the uniquely rich shores and dunes of the Kurische Nehrung Nikolaas saw the massive autumn migration of birds, the wild Moose, and was so much impressed by the wildlife that he decided to read biology at the University of Leiden.

After he completed his study, he became engaged ti Elisabeth Rutten and he decided to use his chance study of Beewolves (digger wasps) and their remarkable homing abilities. Next, he and his new wife joined the Netherlands’ small contingent for the International Polar Year 1932-33 to live with a small isolated Eskimo tribe in Angmagssalik. Tinbergen developed a lifelong habit of carefully observing animals in their natural environment. It has been through the work of Nikolaas Tinbergen that the study of Ethology has gained much respect and legitimacy.[2]

In 1936, famous Austrian zoologist, ethologist, and ornithologist. Konrad Lorenz was invited to Leiden for a small symposium on ‘Instinct’, where Lorenz and Tinbergen first met. They understood each other right from the spot and Tinbergen and his wife accepted an invitation to stay with the Lorenz’s for four months in their parental home in Altenberg near Vienna. Tinbergen became Lorenz’ student, but ‘pupil’ and ‘master’ influenced each other right away. Konrad’s extraordinary vision and enthusiasm were supplemented and fertilized by Tinbergen’s critical sense as well as by his inclination to think Lorenz’ ideas through. This is where their lifelong friendship and allied research became so strong.

Soon after a research excursion to the USA in 1938, where Tinbergen met Ernst Mayr, Frank A. Beach, Ted Schneirla, and Robert M. Yerkes, a year of intense work, and of lively correspondence with Konrad Lorenz followed, which was broken off by the outbreak of World War II, during which Tinbergen spend two years in a German hostage camp. Soon after the war in 1949, Tinbergen and Konrad Lorenz met again and were invited to the United States to lecture on their findings in animal behavior.

Studying Animals in Their Natural Environment

Tinbergen and Lorenz saw it essential to study an animal in its natural environment. It is now known as the Ethological Approach. In 1951 Tinbergen’s The Study of Instinct was published. Behavioral ecologists and evolutionary biologists still recognize the contribution this book offered the field of behavioural science studies. The Study of Instinct summarizes Tinbergen’s ideas on innate behavioral reactions in animals and the adaptiveness and evolutionary aspects of these behaviors. By behavior, he means the total movements made by the intact animal; innate behavior is that which is not changed by the learning process. The major question of the book is the role of internal and external stimuli in controlling the expression of behavior.

Lorenz postulated that for each instinctive act there is a specific energy which builds up in a reservoir in the brain. Tinbergen added complexity to this model, a model now known as Tinbergen’s hierarchical model. He suggested that motivational impulses build up in nervous centers in the brain which are held in check by blocks. The blocks are removed by an innate releasing mechanism that allows the energy to flow to the next center in a cascade until the behavior is expressed. Tinbergen’s model shows multiple levels of complexity and that related behaviors are grouped.

Next, Tinbergen joined the faculty at Oxford and was a fellow first at Merton College and later at Wolfson College, where he published many books, both on his own and combined with other’s works, including The Herring Gull’s World (1953) and Curious Naturalists (1958). In 1962, Tinbergen became Fellow of the Royal Society. In 1973, along with Karl Von Frisch and Konrad Lorenz, he became the first behaviorist to win the Nobel Prize in medicine/physiology for their “discoveries in the field of the organization and occurrence of individual and social behavioral patterns” in the animal world.

In his final years, Tinbergen, along with his wife, began to study autism in children. He used his ethological approach to study these children. Tinbergen died on 21 December 1988, after suffering a stroke at his home in Oxford, England.