You are here: Home › medical science › Dr. Joseph Lister and the use of Carbolic Acid as Disinfectant 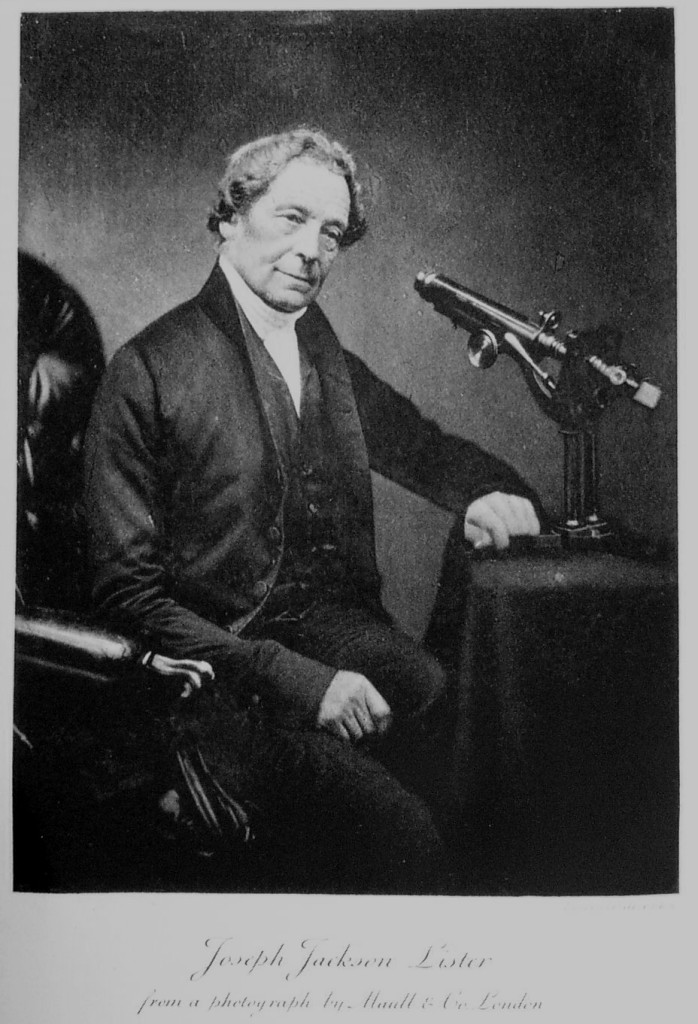 On August 12, 1865, British surgeon Dr. Joseph Lister became the first surgeon to perform an antiseptic operation by liberal use of carbolic acid (phenol) as a disinfectant. Using phenol to sterilise surgical instruments and to clean wounds led to a reduction in post-operative infections and made surgery safer for patients.

Joseph Lister was born on April 5, 1827 in Upton, Essex, England into a wealthy Quaker family in Upton, Essex. His father was the wine merchant Joseph Jackson Lister, a pioneer of optical microscopy, his mother’s name was Isabella, née Harris. Joseph Lister went to school in Hitchin and Tottenham and studied in London from 1844 to 1852, first Arts (he was awarded a Bachelor of Arts in 1847) and from 1846 medicine (inspired by his presence at the public demonstration of anaesthesia by Robert Liston), and received his Bachelor of Medicine (Medicinae Baccalaureus) in 1852, at the age of 25. In 1855 he became a Fellow of the Royal College of Surgeons in Edinburgh, a House Surgeon at the Royal Infirmary and assistant to the Regius Chair of Clinical Surgery, James Syme (his father-in-law).

It is believed that Lister has been aware of the fact that the large number of deaths after surgery did not come from the procedure itself. He started searching for the issue and compared patients and their wounds, e.g. patients with and without flesh wounds. Lister began to wash his hands before surgery as also suggested by Ignaz Semmelweis [6] and tried not to walk around with the patients’ blood on his clothes as many surgeons did this to show their status. The surgeon also started to read about Louis Pasteur’s [7] work on pasteurization principles and agreed with the French scientist that germs are often contracted from the air and that in order to prevent an infection, germs had to be killed before they could enter the wound.

The use of phenol (then called “carbolic acid”) to combat odours in waste water in the city of Carlisle and its use in the new sewage system in Paris by Georges-Eugène Haussmann [8] gave Lister the idea of experimenting with phenol in surgery and wound medicine and to find out whether it was also safe to be used on human flesh. First, a phenol solution was nebulized over the surgical field during and after operations, so that the hands of the doctors, the instruments and also the surgical wound were wetted with a bactericidal film. On 12 August 1865, he performed the first operation with phenol antisepsis on an eleven-year-old boy. The operation was successful. Around 1867 Lister was the first to treat wounds with dressings soaked in phenol (Listerscher dressing). In the same year, he told the British Medical Association in Dublin that the first concern was that any septic germs that might have entered the wound during an accident or later should be destroyed by carbolic acid. When the surgeon was sure that his method worked, he published his findings in the scientific magazine ‘The Lancet‘ in a series of 6 articles, running from March through July 1867. Before Lister’s discoveries, the mortality rate of infectious diseases after the actual operation was still 50%, but the use of antisepsis and proper hygiene reduced the mortality rate to 15%. He also carried out the first operation of a fresh patella fracture under antiseptic conditions in 1877, having just been called from Glasgow to London, and thus began antiseptic bone surgery together with his former Glasgow colleague Sir Hector C. Cameron.

The phenol effectively killed the bacteria still present in the dressing and on the wound surface, new germs no longer reached the wound surface; wound healing was therefore fast and without complications. Lister developed systematic hospital hygiene from the initially selective use of phenol. Frequent hand washing by doctors and nursing staff with phenol solution and the use of rubber gloves had a lasting effect. Unfortunately, it took some time until surgeons got used to Lister’s methods. Often, they were tired of having to go through the sterilization procedure before surgery or they did it incorrectly and did not achieve the expected results. It is believed that the method was soon widely used in Germany, especially Munich and after Lister was appointed Professor of Surgery in London’s King’s College Hospital in 1877, English doctors could also be convinced.

In 1856 Lister married the daughter of surgeon James Syme, Agnes Syme. Lister also discovered the streptococci that cause milk coagulation. After microscopic studies (Lister became a member of the Royal Microscopical Society), he recognised the inadequacy of silk and thread as sutures; he introduced the surgical use of catgut thread. Lister had begun experimenting with fungi of the species Penicillium in 1871. In 1884, he was the first to successfully apply penicillin against a nurse’s abscess. However, Lister did not publish his results and thus Fleming [9] is today considered the discoverer of penicillin, for which he also received the Nobel Prize in 1945. After the death of his wife in 1892, on a holiday in Italy, he withdrew from practice, but still advised now and then, for example during the appendectomy of King Edward VII shortly before his coronation in 1901. Lister died on 10 February 1912. On the hundredth anniversary of his death, in 2012, Lister was considered by most in the medical field as “The Father of Modern Surgery“