You are here: Home › architecture › Baron Haussmann’s Renovation of Paris

On March 27, 1809, French politician and city planer Georges-Eugène Haussmann, commonly known as Baron Haussmann, was born. He was the Prefect of the Seine Department in France, who was chosen by the Emperor Napoleon III to carry out a massive program of new boulevards, parks and public works in Paris, commonly called Haussmann‘s renovation of Paris.

In the middle of the 19th century, the center of Paris had the same structure as it did in the Middle Ages. The narrow interweaving streets and cramped buildings impeded the flow of traffic, resulting in unhealthy conditions that were denounced by the first hygiene scientists. The plan to modernize the city dates back to revolutionary times, when the opening of broader avenues in Paris was suggested, with a street making a straight line from Place de la Nation to the Louvre. Napoleon I then commissioned the construction of a colossal street along the Jardin des Tuileries, the Rue de Rivoli, that extended under the Second Empire up to the Châtelet and the Rue Saint-Antoine. However, the law’s objective of eventually widening the streets was not implemented.

At the end of the 1830s, the population of Paris had doubled since 1815, with no increase in its area. Paris prefect Claude-Philibert Barthelot, comte de Rambuteau, realised that the problems regarding traffic and hygiene in the old over-populated districts had become a cause for concern. In accordance with the contemporary miasma theory of disease, it was important to “let air and men circulate”. This conclusion stemmed from the 1832 cholera epidemic, which killed 20,000 in Paris. In 1848, Louis-Napoléon Bonaparte became emperor and adopted the title Napoléon III. He decided to modernize Paris after seeing London, a city transformed by the Industrial Revolution, which offered large public parks and a complete sewer system. The post as emperor enabled him to ignore any resistance, but still he had to find a man capable of implementing a project of such magnitude. He eventually found Georges Eugène Haussmann, an effective administrator of proven loyalty, and he nominated him Prefect of the Seine in 1853. The two men formed an efficient team, the emperor supporting the prefect against his adversaries, and Haussmann showing loyalty in all circumstances, while promoting his own ideas such as a project for Boulevard Saint-Germain.

Haussmann was born in Paris on 27 March 1809, son of Nicolas-Valentin Haussmann, a senior official in the military establishment of Napoleon Bonaparte. He began his schooling at the collège Henri-IV and at the lycée Condorcet in Paris, and then began to study law. At the same time he studied music as a student at the Paris conservatory of music, for he was a good musician. In 1831, he began his career in public administration, finally becoming Prefect of the Yonne Department, including Bordeaux in 1850.

View over Paris, at dusk, with the large boulevards

Napoleon III and Haussmann launched a series of enormous public works projects in Paris, hiring tens of thousands of workers to improve the sanitation, water supply and traffic circulation of the city. Napoleon III installed a huge map of Paris in his office, marked with colored lines where he wanted new boulevards to be. He and Haussmann met almost every day to discuss the projects and overcome the enormous obstacles and opposition they faced as they built the new Paris. First, the state expropriated those owners whose land was in the way of the renovations. For the nearly two decades of Napoleon III’s reign, and for a decade afterwards, most of Paris was an enormous construction site. To bring fresh water to the city, his hydraulic engineer, Eugène Belgrand, built a new aqueduct to bring clean water from the Vanne River in Champagne, and a new huge reservoir near the future Parc Montsouris. He laid hundreds of kilometers of pipes to distribute the water throughout the city, and built a second network, using the less-clean water from the Ourq and the Seine, to wash the streets and water the new park and gardens. Beginning in 1854, In the center of the city, Haussmann’s workers tore down hundreds of old buildings and cut eighty kilometers of new avenues, connecting the central points of the city. Buildings along these avenues were required to be the same height and in a similar style, and to be faced with cream-colored stone, creating the signature look of Paris boulevards. 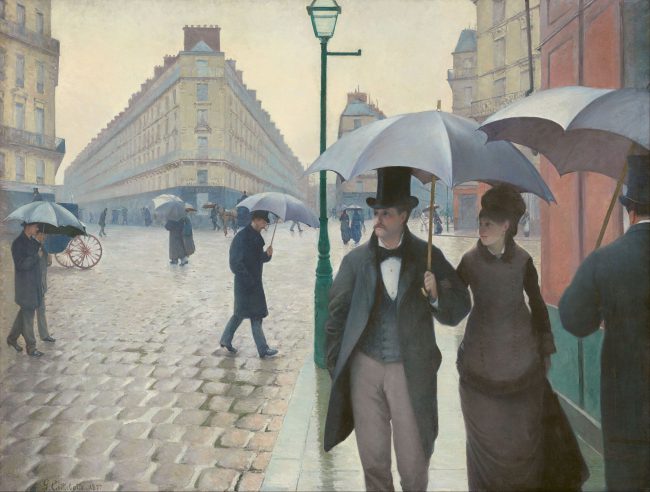 Connecting the City to the Rest of France

To connect the city with the rest of France, Napoleon III built two new railroad stations: the Gare de Lyon and the Gare du Nord. The signature architectural landmark was the Paris Opera, the largest theater in the world, designed by Charles Garnier, crowning the center of Napoleon III’s new Paris. Napoleon III also wanted to build new parks and gardens for the recreation and relaxation of the Parisians, particularly those in the new neighborhoods of the expanding city. In addition to building the four large parks of Paris, Haussmann had the city’s older parks including the famous Jardin du Luxembourg, refurbished and replanted.

An Improvement of Life

“Disease was flushed out, running water was installed, public parks were opened, and transport was improved during the 17 years Haussmann worked on the city. It’s obvious that Paris would not be where it is today without Baron Georges-Eugène Haussmann.”
– Molly Mcconnel, [8]

The reconstruction of the centre of Paris was the largest such public works project ever undertaken in Europe; never before had a major city been completely rebuilt when it was still intact. In the end, the Baron Haussmann’s transformations to Paris improved the quality of life in the capital. Disease epidemics (save tuberculosis) ceased, traffic circulation improved and new buildings were better-built and more functional than their predecessors. The redesign of Paris under Haussmann is today received positively in part despite the serious interventions in the cityscape and social structure. Boulevard Haussmann was named after him, a street several kilometres long in the 8th and 9th arrondissements between Avenue de Friedland and Boulevard Montmartre. Haussmann’s redesign of Paris in the 19th and 20th centuries had exemplary effects on other major European cities. Bucharest Europeanized itself in the second half of the 19th century according to the Parisian model. But also Buenos Aires under its mayor Torcuato de Alvear aspired to become the “Paris of South America” according to the model of Haussmann’s architecture by opening Avenida de Mayo in 1894.