You are here: Home › engineering › Felix Wankel and the Rotary Engine 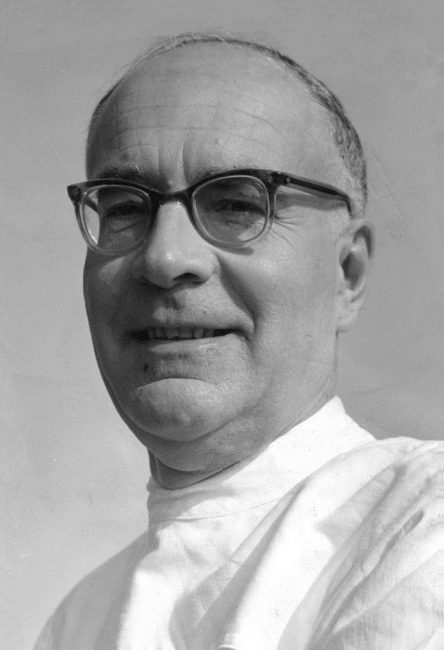 On August 13, 1902, German mechanical engineer and inventor Felix Wankel was born. He is best known for his invention of the first rotary internal combustion engine. Instead of moving pistons, the Wankel engine uses an orbiting rotor shaped as a curved equilateral triangle. Thus it needs few moving parts, is lightweight and compact.

Felix Wankel was born in Baden, the upper Rhine Valley and was educated in Heidelberg where he left school without a degree that would have qualified him for the university. Wankel began working for a publishing house in 1926 and together with some friends, he ran an afterwork machine shop. Wankel was highly talented and was known for his imagination and enthusiasm for combustion engines. Working in the shop was probably very beneficial to Wankel, who could not afford apprenticeship and he is believed to have told his friends in the early years that he imagined the construction of a car with “a new type of engine, half turbine, half reciprocating. It is my invention!”. By 1926, Wankel attempted to build the rotary automobile engine, but first started by experimenting with rotary valves on motorcycle engines.

Working for the Fascist Regime

However, his mechanical talents were not the only things that defined Felix Wankel. In his early youth, he started to join right-wing and anti-Semitic organizations and became a member of the NSDAP early. At some point – as it is believed – Wankel even received the chance to talk about the issue of technology and education to Adolf Hitler and further leading positions in the party during the late 1920s. He was entrusted the leadership of the Hitler Youth in Baden by Gauleiter Robert Heinrich Wagner, but soon they started to argue about the principles of these groups, as it is assumed that Wankel attempted to put a strong focus on military training while Robert Wagner wanted the Hitler Youth to be a political organization. After further quarrels, Wankel was expelled from the party in 1932 and was arrested one year later for his activities in a National Socialist splinter group. In the following years, Wankel rejoined the NSDAP in the rank of Obersturmbannführer, but was again released shortly after due to unknown reasons. During these years, Wankel continued his research on rotary valves and rotary engines. He also worked for the German government after Hermann Göring agreed to have the Wankel Test Institute set up for him. He managed to device a system for cooling the pistons of an aircraft engine and also a rotary valve for aircraft engines, which was heavily used during the war.

Felix Wankel for a short time was imprisoned in France in 1945 because of his activities and his lab was closed by French troops. After his release, he was temporarily banned from researching. With funds from Goetze AG in Burscheid, Wankel set up the new Technical Development Centre (TES) in 1951 in his private home in Lindau on Lake Constance (moved to an independent new building in 1960). The same year saw the first contacts with NSU through the development of a rotary loader. In April 1954 he finally succeeded in the basic invention for the motion sequence of the only rotary piston engine ever produced in series, the Wankel engine.

A compressor based on the Wankel principle was used by NSU in 1956 for world record rides. Initially developed as a rotary piston engine (DKM 54), both the trochoid (the space in which the piston is located) and the piston each rotated around their own axis at different speeds, promising test rig runs took place in 1957. In the following year the engine was converted to a rotary piston engine (fixed housing with water cooling, now only the oil-cooled piston moved; the so-called “kinematic reversal” did not happen by Felix Wankel, however, but by the NSU engineer Hanns-Dieter Paschke.

On January 19, 1960, the rotary piston engine was presented to experts and the press for the first time at a VDI meeting at the Deutsches Museum in Munich. In the same year, the KKM 250, the first practical rotary piston engine in a converted NSU Prinz, was presented. At the IAA (German International Automobile Exhibition in Frankfurt a. M.) 1963 NSU presented the NSU Wankel-Spider, the first passenger car produced with a Wankel engine, which went into series production in 1964. The licensees for Wankel’s rotary engine were Daimler-Benz (from 1961), General Motors (from 1970) and Toyota (from 1971).