You are here: Home › mathematics › John Pell and the Obelus 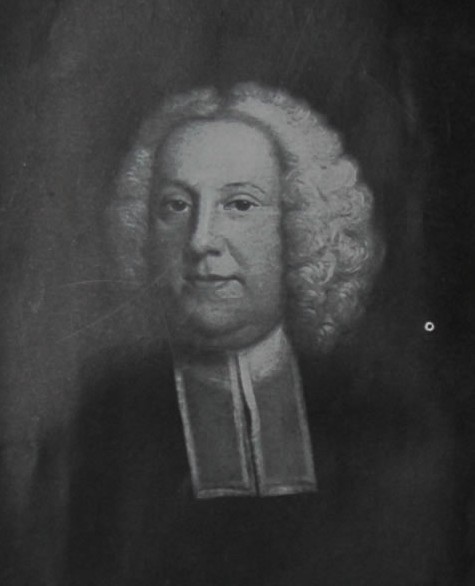 On March 1, 1611, English mathematician John Pell was born. Pell introduced the division sign (obelus, ÷) into England. The obelus was first used by Johann Rahn (1622-1676) in 1659 in Teutsche Algebra. Rahn’s book was interpreted into English and published, with additions made by John Pell.

Pell was born in Southwick in Sussex, where his father of the same name, John Pell, was pastor and rector; his mother was Mary Holland of Halden from Kent. Pell was orphaned early – his father died in 1616, his mother in 1617. He went to school in Steyning in Sussex and entered Trinity College, Cambridge at the age of 13 in 1624. He studied Latin and Greek, obtained his bachelor’s degree in 1628, and shortly before receiving his M.A. in 1630, he began correspondence with Henry Briggs (on logarithms) and other mathematicians.[6] After his studies he worked as a teacher in Horsham and at the Chichester Academy in Sussex and then for five years in London. Because of his reputation and with the help of the English envoy to the Netherlands Sir William Boswell he became 1643 Professor of Mathematics at the Athenaeum Illustre Amsterdam in Amsterdam.

However, he then realized that war between the English and the Dutch was imminent and that he would be in an extremely difficult position in Breda. He returned to England before the outbreak of the First Anglo-Dutch War in July 1652. After his return, Pell was appointed by Oliver Cromwell to a post teaching mathematics in London. During the 1650s, John Pell moved as Cromwell’s political agentto Switzerland,  which he was to split off from the Catholic cantons on Cromwell’s behalf and bring to a Protestant league.  In Zurich he also taught mathematics to Johann Heinrich Rahn, whose algebra textbook he later had translated into English (with his own additions). Rahn is credited with the invention of the division sign ÷ (obelus), however, it has also been attributed to Pell, who taught Rahn a three-column spreadsheet-style technique of tabulation of calculations, and acted as editor for Rahn’s 1659 book Teutsche Algebra in which it appeared. This book by Rahn also contained what would become known as the “Pell equation” ax2-1 =y2. This problem was in fact proposed by Pierre de Fermat [4] first to Bernard Frénicle de Bessy, and in 1657 to all mathematicians. Pell’s connection with the problem is through Rahn. It consisted of publication of the solutions of John Wallis and Lord Brouncker in his edition of Thomas Branker’s Translation of Rhonius’s Algebra (1668); added to his earlier editorial contributions, whatever they were, to the 1659 algebra book written by Rahn.

The term ‘obelus‘ originates in the Ancient Greek word for a sharpened stick, spit, or pointed pillar. Originally the sign was used in ancient manuscripts to mark passages that were suspected of being corrupted or spurious. Even though the symbol was previously used for subtraction, Rahn was the first to use it as a symbol for division. While today most countries use the slash or solidus (/) or the fraction bar as a symbol for division, some still use the obelus symbol, including some parts of Germany and Norway.

Pell dealt with algebra and number theory (Diophantine equations). In 1668 he published a table of factors from numbers to 100,000.  After his return to England Pell took orders and in 1661 became rector of Fobbing in Essex. In 1663 he was given an honorary D. D. (Lambeth degree) and was also elected a Fellow of the Royal Society. In 1673 Pell met Leibniz in London, and was able to inform him that some of his mathematical work had been anticipated by François Regnaud and Gabriel Mouton.[5] His devotion to mathematics seems to have interfered with his advancement in the Church and with his private life. Pell was keen to promote the state of mathematics in England and here and in his correspondence lies his main merit. He published relatively little, including Idea of Mathematics (1638) and A rejection of the squaring of the circle by the Danish astronomer Longomontanus of 1644. The controversy which had its origin in Pell’s interest for the calculation of Pi continued after the death of Longomontanus in 1647 with other mathematicians. He also translated the trigonometric tables of Johan Philip Lansberg (1632) and dealt with astronomy.

Pell married 1632 Ithumaria, daughter of Henry Ragnolles from London, and had with her four sons and four daughters. After her death in 1661 he married a second time. He died on 12 December 1685 in the quarters of Mr Cothorne in Dyot Street in London and was buried in the “rector’s vault” of St Giles-in-the-Fields in London.