You are here: Home › mathematics › Pierre de Fermat and his Last Problem 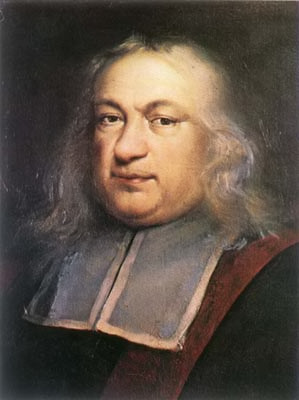 On January 12, 1665, French lawyer and amateur mathematician Pierre de Fermat, famous for his research in number theory, analytical geometry and probability theory, passed away. He is best known for Fermat’s Last Theorem, which he described in a note at the margin of a copy of Diophantus’ Arithmetica.[4]

Born on August 17, 1601, into a wealthy French family, Pierre de Fermat grew up in Beaumont de Lomagne in the Occitanie region of southern France. Fermat’s father Dominique Fermat was a successful wholesaler in rural products, who had achieved considerable wealth and high standing through great skill. Three times he was elected by the citizens of Beaumont for one year each as one of the four consuls who administered the city. Fermat studied civil law at the University of Orléans from 1623 to 1626 and graduated with the baccalaureus iuris civilis in July 1626. Fermat’s father died on 20 June 1628. From that moment on, Fermat was a rich man. But in order to fulfil the family plan of advancement to the noblesse de robe, he first had to complete his four-year practice as a lawyer at one of the highest courts – precisely in Bordeaux – as required by a royal decree. In Bordeaux, Fermat began his first mathematical studies and published his first works in 1629. His influences during this period were Jean de Beaugrand, Ètienne d’Espagnet and François Viète.[5] It was also during these years, when the mathematician published his works on maxima and minima. Pierre de Fermat received the title of councillor at the High Court of Judicature in Toulouse in 1631, which he held until the end of his lifetime.

The hobby-mathematician pioneered in analytic geometry, which he noted in a manuscript published posthumously in 1679 in “Varia opera mathematica“. He was able to increase his good reputation through evaluating the integral of power functions, which influenced the work of Newton and Leibniz.[8] Fermat’s contributions to number theory were groundbreaking. While studying Pell numbers, he discovered the ‘little theorem‘ and invented a factorization method and the proof technique of infinite descent that he used for proving this theorem for n = 4. Further theorems he discovered were the two-square theorem as well as the polygonal number theorem.

Fermat’s famous ‘Last Theorem‘ saying that no three positive integers a, b, and c can satisfy the equation an+bn=cn for any integer value of n greater than two, was not published by Fermat himself. His son Samuel, who collected all of his father’s works did so to honor his father’s works. However, the real problem was the theorem’s proof since Fermat himself only wrote

“I have discovered a truly remarkable proof which this margin is too small to contain.“

This little note was written around 1630, when the hobby-mathematician studied Diophantus’ ‘Arithmetica‘ but lacked of a real proof, which numerous mathematicians used as a challenge to find in the subsequent centuries. The French mathematician, physicist, and philosopher Sophie Germain proved the theorem for a special case for all primes less than 100 [7] and Ernst Kummer proved it for regular primes in the middle of the 19th century [7].

In 1908, the German industrialist and amateur mathematician Paul Wolfskehl bequeathed 100,000 marks to the Göttingen Academy of Sciences to be offered as a prize for a complete proof of Fermat’s Last Theorem. Finally a proof for all n came closer in 1984, when Gerhard Frey suggested proving the theorem with a proof of the modularity theorem for elliptic curves. And in 1995 Andrew Wiles succeeded in the final proof building on the work of Ken Ribet, and assisted by Richard Taylor. In fact Wiles collected the Wolfskehl prize money, then worth $50,000, on 27 June 1997. The challenge, which de Fermat gave these later mathematicians took three centuries to be proven and was therefore listed in the ‘Guinness Book of World Records’ for the most difficult mathematical problems.

Fermat’s Last problem also has many references in popular culture. The one I remember comes from Star Trek Next Generation. In one episode, entitled ‘The Royal‘, Commander Riker visits Captain Jean-Luc Picard in his ready room to report only to find Picard puzzling over Fermat’s last theorem. Picard’s interest in this theorem goes beyond the difficulty of the puzzle; he also feels humbled that despite their advanced technology of the 23rd century, they are still unable to solve a problem set forth by a man who even had no computer. Obviously, this episode was shot before Wiles’ proof has been published.

Pierre de Fermat passed away on January 12, 1665 and depicted one of the most influential mathematicians of the 17th century, especially in the field of number theory along with the famous René Descartes.