You are here: Home › mathematics › Leibniz and the Invention of the Integral Calculus 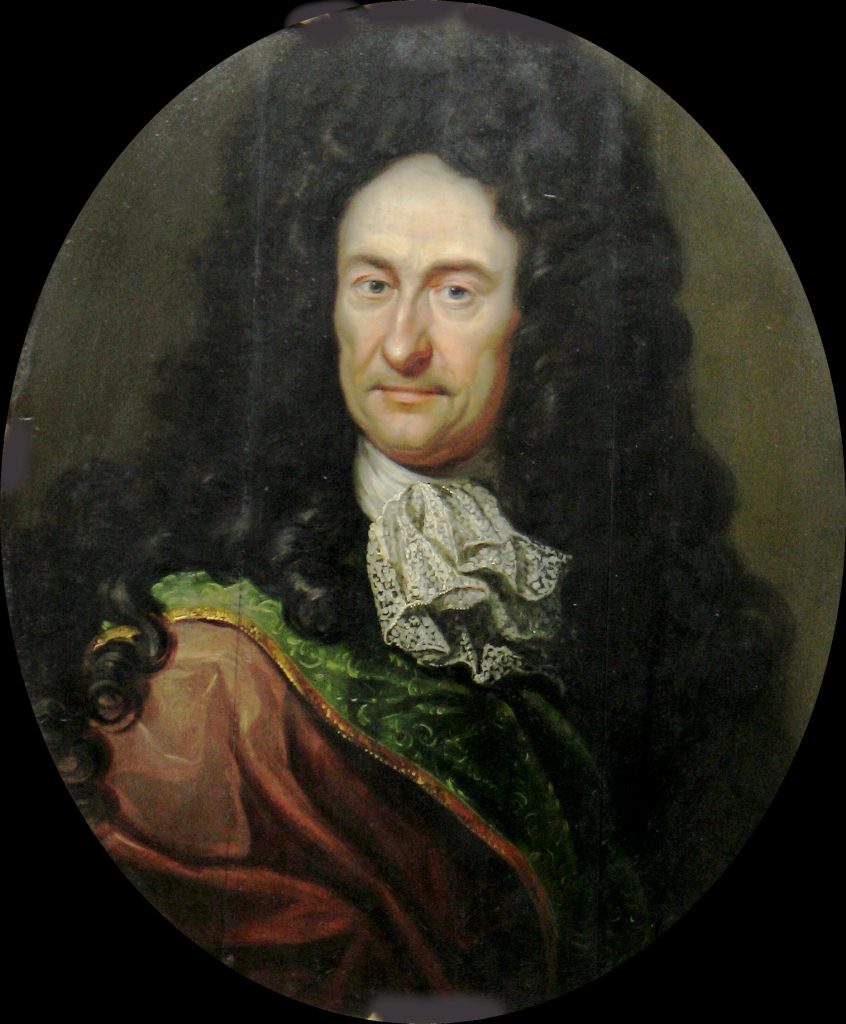 On November 11, 1675, German mathematician and polymath Gottfried Wilhelm Leibniz demonstrates integral calculus for the first time to find the area under the graph of y = ƒ(x). Integral calculus is part of infinitesimal calculus, which in addition also comprises differential calculus. In general, infinitesimal calculus is the part of mathematics concerned with finding tangent lines to curves, areas under curves, minima and maxima, and other geometric and analytic problems. Today, Gottfried Wilhelm Leibniz as well as independently Sir Isaac Newton are considered to be the founders of infinitesimal calculus. We already dedicated an article at the SciHi blog to Leibniz and his works.[9] But, Leibniz was kind of a universal polymath. His achievements are so numerous that we will definitely have more articles in the future about his contributions to science.

“Only geometry can hand us the thread [which will lead us through] the labyrinth of the continuum’s composition, the maximum and the minimum, the infinitesimal and the infinite; and no one will arrive at a truly solid metaphysic except he who has passed through this [labyrinth].”
– Wilhelm Gottfried Leibniz, Dissertatio Exoterica De Statu Praesenti et Incrementis Novissimis Deque Usu Geometriae  (Spring 1676)

The Area under the Curve

To determine the area of curved objects or even the volume of a physical body with curved surfaces is a fundamental problem that has occupied generations of mathematicians since antiquity. For approximation, you don’t need modern integral calculus to solve this problem. Even the ancient Greeks had developed a method to determine integrals via the method of exhaustion, which also is the first documented systematic technique capable of computing areas and volumes. The method of exhaustion was described by the ancient Greek astronomer Eudoxus (ca. 370 BC), who tried to determine areas and volumes by breaking them up into an infinite number of shapes for which the area or volume was known. This method was further developed and employed by Archimedes in the 3rd century BC and used to calculate areas for parabolas and an approximation to the area of a circle. But also in the far east, the Chinese independently developed similar methods around the 3rd century AD by Liu Hui, who used it to find the area of the circle. Later used in the 5th century Liu Hui‘s method was further developed by Chinese father-and-son mathematicians Zu Chongzhi and Zu Geng to find the volume of a sphere.

Further improvement took until the rise of the European renaissance, when Italian mathematician Bonaventura Cavalieri in the 17th century developed his method of indivisibles.[10,1] In this work, an area is considered as constituted by an indefinite number of parallel segments and a volume as constituted by an indefinite number of parallel planar areas. Such elements are called indivisibles respectively of area and volume and provide the building blocks of Cavalieri‘s method. As an application, he computed the areas under the curves y=xn – up to the degree 9 – which is known as Cavalieri‘s quadrature formula. Together with the work of Pierre Fermat, they began to lay the foundations of modern calculus. Further steps were made by English theologian and mathematician Isaac Barrow and Italian physicist and mathematician Evangelista Torricelli,[11,4] who provided the first hints of a connection between integration and differentiation. Barrow provided the first proof of the fundamental theorem of calculus, which links the concept of the derivative of a function with the concept of the integral. English mathematician John Wallis generalized Cavalieri‘s method, computing integrals of x to a general power, including negative powers and fractional powers.

But, the major advance in integration came with the discoveries and development by Newton and Leibniz. It was Barrow‘s student Isaac Newton,[12] who completed the development of the fundamental theorem of calculus by providing also the surrounding mathematical theory. There, Newton makes use of the connection between integration and differentiation. This connection, combined with the comparative ease of differentiation, can be exploited to calculate integrals. In particular, the fundamental theorem of calculus allows one to solve a much broader class of problems. Equal in importance is the comprehensive mathematical framework developed by Gottfried Leibniz, who systematized the knowledge into a calculus for infinitesimal quantities and introduced the notation used today. Thus, the new infinitesimal calculus allowed for precise analysis of functions within continuous domains. While Newton used a small vertical bar above a variable to indicate integration, or placed the variable inside a box, Leibniz adapted the integral symbol, ∫, from the letter  ∫ (long s), standing for summa (written as Summa; Latin for “sum” or “total”). The modern notation for the definite integral, with limits above and below the integral sign, was first used by French mathematician Joseph Fourier.[13]

“In the history of mathematics and science, few conflicts have attained the notoriety of the Newton/Leibniz dispute. … A carefully reconstructed chronology reveals that Newton had formulated the essentials of his calculus by 1666, years before Leibniz had attained the mathematical knowledge necessary to develop his own point of view on the calculus. … There is much that can never be known about such a feud. This feud is peculiar in that it erupted late, and was both sparked and carried on to a large degree by the followers of the men involved. There are scientific reasons for it (the divergences in their interpretation of “the calculus” itself; personal reasons (a history of suspicion, not only between the two principles but between each of them and other rivals; nationalism, never a negligible factor; and the bitterness associated with disputes on related matters, notably the ongoing rivalry between the Newtonian and Cartesian theories of gravity. At a personal level, Newton’s pride, suspicious character, and reluctance to publish collided with Leibniz’ naive optimism, arrogance, and his belief in “systems” as more valuable than inspiration, in a long-delayed but virulent explosion.”
– Anand Kandaswamy, in “The Newton/Leibniz Conflict in Context” (2002)

Lacking a Degree or Rigour

While Newton and Leibniz provided a systematic approach to integration, their work lacked a degree of rigour. In 1734, Irish philosopher Bishop Berkeley memorably attacked the vanishing increments used by Newton in his critical essay ‘The Analyst – A DISCOURSE Addressed to an Infidel Mathematician‘, calling them “ghosts of departed quantities“. This was a direct attack on the foundations and principles of Infinitesimal calculus and, in particular, the notion of fluxion or infinitesimal change, which Newton and Leibniz used to develop the calculus. Calculus acquired a firmer footing with the development of limits. The first, who applied limits to rigorously formalize calculus, was German mathematician Bernhard Riemann.[14] Joseph Fourier further extended Riemann‘s concept in the context of his Fourier analysis and French mathematician Henri Lebesgue formulated a different definition of integral, founded in measure theory.[15]