You are here: Home › archeology › John Lloyd Stephens and the Archeology of Middle America 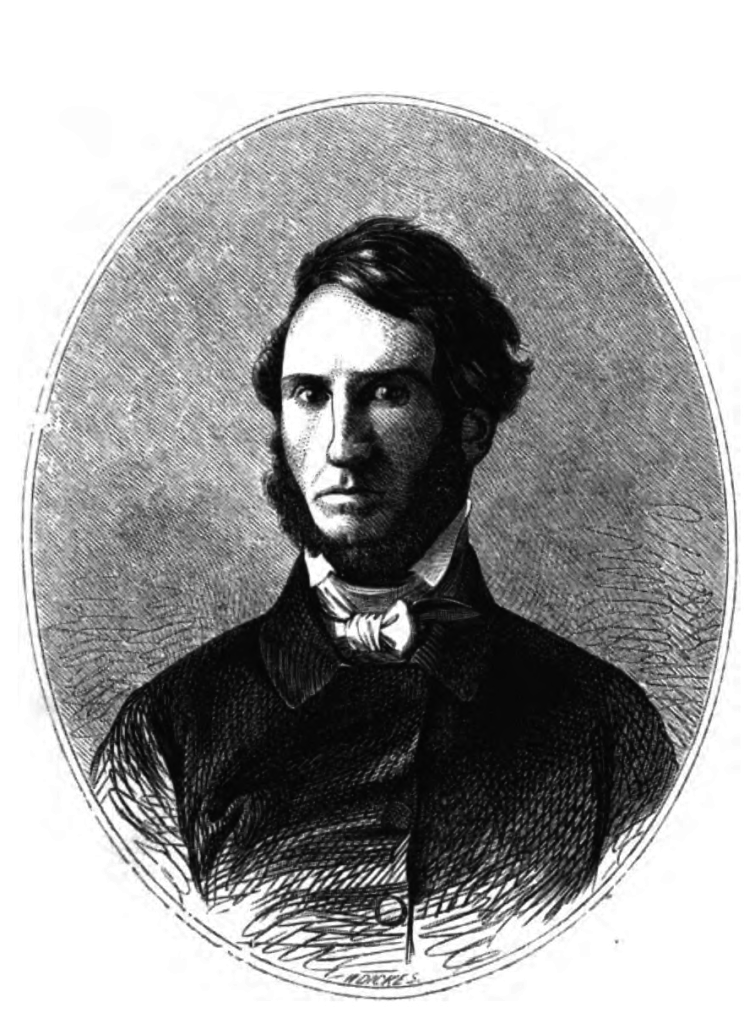 On November 28,  1805, American explorer, writer, and diplomat John Lloyd Stephens was born. Stephens was a pivotal figure in the rediscovery of Maya civilization throughout Middle America and in the planning of the Panama railroad. His exploration of Maya ruins in Central America and Mexico generated the archaeology of Middle America.

John Lloyd Stephens was born in the township of Shrewsbury, New Jersey, as the second son of Benjamin Stephens, a successful New Jersey merchant, and Clemence Lloyd, daughter of an eminent local judge. The family moved to New York City an there Stephens received an education in the Classics at two privately tutored schools. At the early age of 13 he enrolled at Columbia College, graduating at the top of his class in 1822. He joined the Law School at Litchfield, Connecticut and after graduation entered practice in New York. After 8 years, Stephens tired of his legal career and, using health as an excuse, began a two year voyage in 1834 to Europe and the Mediterranean. Beginning in 1837, Stephens published accounts of his travels: first, Incidents of Travel in Egypt, Arabia Petraea, and the Holy Land, then, in 1838, Incidents of Travel in Greece, Turkey, Russia and Poland. Because of the popularity of these travelogues, Stephens gained the title “the American Traveler.”

Stephens read with interest early accounts of ruined cities of Mesoamerica by such writers and explorers as Alexander von Humboldt [5] and the Spanish officer Juan Galindo, who wrote about the cities of Copan and Palenque. The book “Malerische und archäologische Reise in die Provinz Yucatan” (Picturesque and archaeological journey to the province of Yucatan) by the painter and explorer Johann Friedrich Graf von Waldeck convinced Stephens that there must be more undiscovered witnesses of pre-Columbian cultures in the jungle of Central America. In 1839, U.S. President Martin Van Buren commissioned Stephens as Special Ambassador to Central America for the, purpose of negotiating a treaty. While there, the government of the Federal Republic of Central America fell apart in civil war. Though conscious of his diplomatic duties, Stephens was primarily interested in exploring the ancient ruin of Copan and then moving on to Palenque. At this time, many of the now-famous Maya sites were unknown even to the indigenous people of the region. The centuries had slowly covered the great temples and pyramids and turned them into mounds of green hills.[4] 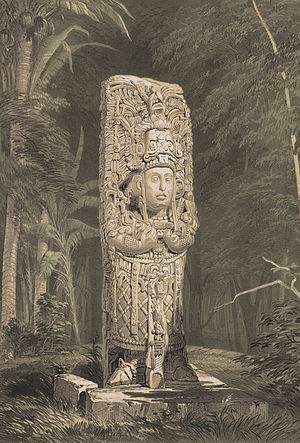 Stephens and his traveling companion, architect and draftsman Frederick Catherwood first came across Maya ruins at Copán, having landed in British Honduras (present-day Belize). With the help of locals, they uncovered ruins completely overgrown by the jungle, buried under the lush tropical vegetation for almost a thousand years. They were astonished at their findings and spent a couple weeks mapping the site. They surmised that this must have been built by some long forgotten people as they couldn’t imagine the native Mayans as having lived in the city. Stephens was actually able to buy the city of Copan for a sum of $50 and had dreams of floating it down the river and into museums in the U.S. Stephens described and mapped the discoveries neatly, while Catherwood made fascinating and remarkably detailed drawings of the temples, pyramids, ball fields, and stelae richly decorated with reliefs, which he later painted in watercolors and printed as color lithographs. Catherwood’s filigree drawings and Stephen’s vivid, sometimes very amusing account of the discoveries, the everyday life of the people and the adventures of this true odyssey through mountains, primeval forests and revolutions became a world bestseller in 1841 (Incidents of Travel in Central America, Chiapas, and Yucatan, 2 vol. (1841).[3] Actually, Catherwood’s drawings were made with the aid of a camera lucida, an instrument that reproduced the image of the object on a sheet of paper so that an outline could then be traced. In addition, the work provides a vividly written account of Stephens’ close-up observation of the civil war that disintegrated the Central American Confederation during his time in Central America.

Another voyage of discovery to Mayan ruins led Stephens and Catherwood to Yucatán in 1841, where they rediscovered Tulúm, among other things. Stephens wrote another book about this journey. Stephen’s and Catherwood’s books were greatly superior in both amount and accuracy of depiction to the small amount of information on ancient Mesoamerica previously published and furthered the world-wide interest and lifted the Maya civilization out of obscurity and into world consciousness. Stephens continued his investigations of Maya ruins with a return trip to Yucatán which produced a further book. Actually, Stephen’s books served to inspire Edgar Allan Poe, who also reviewed three of his travel books.[8]

During his trip to Central America in 1840, Stephens intensively studied the possibility of connecting the Atlantic and Pacific Oceans with a canal through Nicaragua. He explored the estuary of the Río San Juan on the border with Costa Rica, drew construction sketches and wrote detailed documentation for the US government on the potential of the Nicaragua Canal, which was never built, however. Stephens’ last years were devoted to directing the first American transatlantic steamship company and to developing a railroad across the Isthmus of Panama. However, he suffered from a disease of the liver, and died after four months of illness in 1852 at the age of forty-six.[7]