You are here: Home › engineering › John Fitch and the Invention of the First Steam Boat 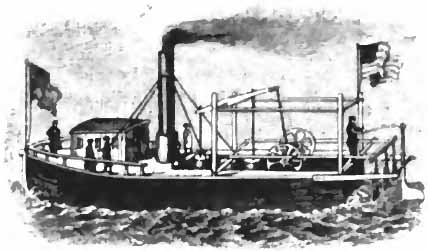 On January 21, 1743, American inventor, clockmaker, entrepreneur and engineer John Fitch was born. He was most famous for operating the first steamboat service in the United States even before Robert Fulton.[3]

John Fitch grew up with his father and was pulled from school at the age of eight and had to work at the family farm. Eventually, he fled and took up silversmithing before exploring the Ohio River basin. Some years later, Fitch left again for Pennsylvania, where he set out to make a steam-powered boat to navigate the western rivers. His competitor, Rumsey, also looked forward to making money with steamboats and he gained support from the U.S. government in the 1780s. However, Fitch found support by a private investor and began reinventing a sort of Watt engine, constructing what is believed to be America’s first successful steamboat, ahead of Rumsey. [1,2]

Fitch had seen a drawing of an early British Newcomen atmospheric engine in an encyclopedia, but Newcomen engines were huge structures designed to pump water out of mines. He had somehow heard about the more efficient steam engine developed by James Watt in Scotland in the late 1770s, but there was not a single Watt engine in America at that time, nor would there be for many years (Fulton’s exported model in his 1807 steamboat, Clermont, would be one of the first) because Britain would not allow the export of any new technology to its former colony. As a result, Fitch attempted to design his own version of a steam engine. He moved to Philadelphia and engaged the clockmaker and inventor Henry Voigt to help him build a working model and place it on a boat. However, in 1786, near Philadelphia, Fitch constructed and tested the first operational steamship, a ten-meter-long vehicle with a stern paddle wheel. 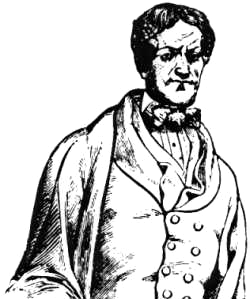 Pennsylvania, New York, Delaware, and Virginia issued patents for his steamboat and he obtained financial backings for a total of three boats. Fitch was able to use his odd machines, which (in the first plans they were propelled by a set of Indian canoe paddles), in a passenger line between Trenton and Philadelphia. Unfortunately, because the steam engine was too weak, the speed was too low and the ship was difficult to steer. Therefore, his attempt failed commercially. It is widely believed that the people did not take his idea seriously and also, he apparently had difficulties in finding new investors. [1,2] 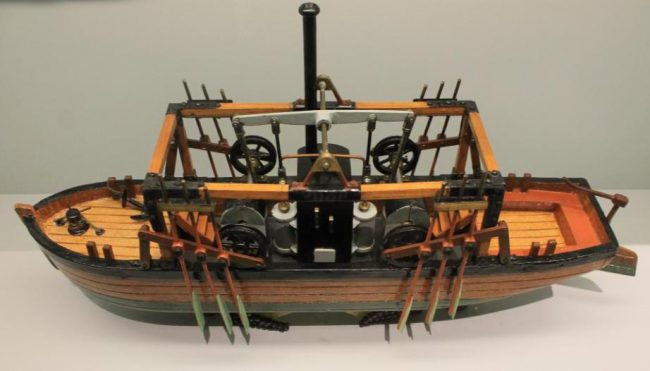 Model of one of J. Fitch’s experimental boats, exhibited in the Technikmuseum Berlin

After another failure with a rudder drive, he succeeded in 1787 in the presence of Benjamin Franklin and George Washington on the Delaware in successful experiments with the screw-driven steamship Perseverance (water displacement 9 tons / speed 6 km/h upstream). Around 1790, this ship was used to provide almost regular passenger and freight traffic between Philadelphia and Trenton, thus proving its functional efficiency. The capacity was 30 persons, the total distance travelled was more than 1000 kilometres. Since Fitch was unable to attract further sponsors, including in Europe, he had to stop his work. While living in Kentucky, Fitch continued to work on steam engine ideas. He built two models. In 1802, the Englishman Richard Trevithick invented a full-size steam locomotive that, in 1804, hauled the world’s first locomotive-hauled railway train, and within a short time the British invention led to the development of actual railways. Americans began importing English locomotives and copying them.

Fitch’s idea would be turned profitable two decades later by Robert Fulton. Though Fulton was able to obtain a monopoly in the state of New York because of the powerful influence of his partner Robert Livingston, he was unable to gain a U.S. patent largely because he could not demonstrate the originality of his designs. Also, an original member of Fitch’s company, William Thornton, had become head of the newly created Patent Office, and made the application process even more difficult for Fulton. Fitch had also received a patent in 1791 from France, and in 1793, having given up hope of building a steamboat in America, he left for France, where an American investor, Aaron Vail, had promised to help him build a boat there. But Fitch arrived just as the Reign of Terror was beginning, and his plans had to be abandoned. He made his way to London to make an attempt there, but that also failed. He returned to the United States in 1794 and made a few more tries to build a steamboat. John Fitch was known to be a complex personality – intelligent, ambitious, stubborn, and probably paranoid. He was a self-taught scientist and mechanic, and he wanted to solve practical problems. Unfortunately, his setbacks hit him hard and Fitch felt highly betrayed after Robert Fulton,[3] about a decade later, claimed that he was inventor of the steamboat. A life of continual failure, frustration and litigation wore Fitch down. He began drinking heavily once he returned to Bardstown in 1797. In the end, Fitch took his own life by ingesting an overdose of opium pills. He died on July 2, 1798, at the age of 55. [1]