You are here: Home › engineering › Robert Fulton and the Steamship Company 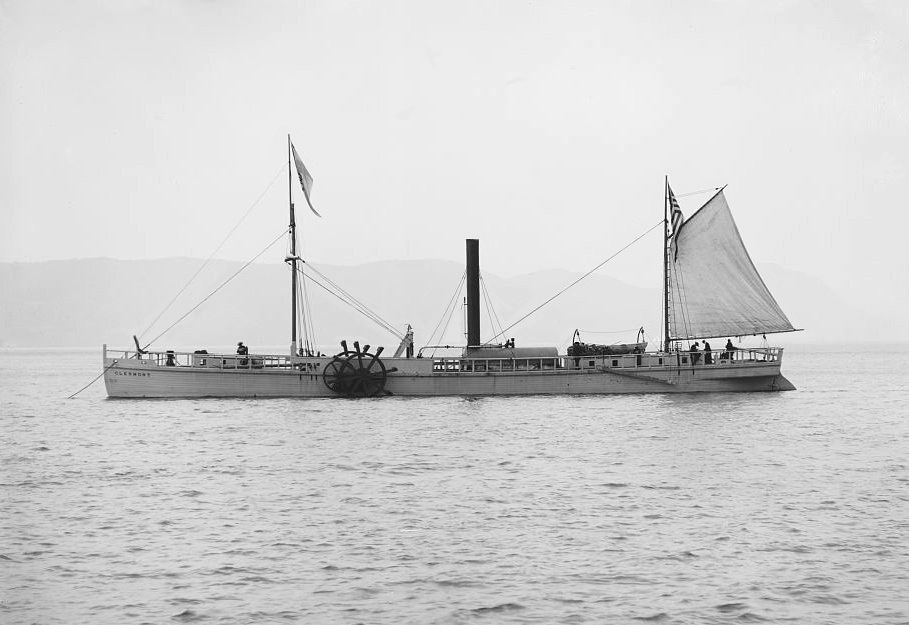 A replica of the Clermont, the first commercially operating steamship constructed by Robert Fulton in 1807

From the invention of a new power source or engine up to a vehicle that applies this power source to move forward sometimes is only a small step. But, to become a commercial success, this step might take even decades. Just think of the oldest type of engine powered by steam. Although the principle of the steam engine was already described by ancient Greek mathematician Heron of Alexandria,[5] it took almost 17 centuries to become a practical device, as the steam-powered waterpump invented by Thomas Savery in 1698. [3] Finally James Watt made the necessary improvements to the steam engine in the 1770s to become a major commercial success and also the power source for the just starting industrial revolution.[4]

The Invention of the Steamboat

By that time, steam engines were rather huge. Thus, one of the first ideas to use them for any kind of vehicle was not an automobile, but for a ship. In France, already in 1774 Marquis Claude de Jouffroy had built a 13-metre working steamboat with rotating paddles, the Palmipède. In June and July 1776, the ship sailed on the Doubs River, apparently the first steamship to sail successfully. But still, the commercial success failed, because the engine of the successor ship broke only 15 minutes after starting operation and bureaucracy thwarted further progress.

Model of steamship, built in 1784, by Claude de Jouffroy.

Commercial Application in the USA

In the United States, the first successful trial run of a steamboat had been made by inventor John Fitch on the Delaware River on August 22, 1787. Fitch was granted a patent on August 26, 1791. But, unfortunately the newly created Patent Commission did not award the broad monopoly patent that Fitch had asked for, but a patent of the modern kind, for the new design of Fitch’s steamboat. It also awarded patents alternative steamboat designs and the loss of a monopoly caused many of Fitch’s investors to leave his company. While his boats were mechanically successful, Fitch failed to pay sufficient attention to construction and operating costs and was unable to justify the economic benefits of steam navigation. It was Robert Fulton who would turn Fitch’s idea profitable decades later. 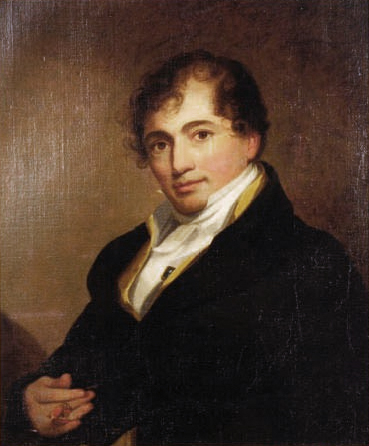 Robert Fulton was born on a farm in Little Britain, Pennsylvania, on November 14, 1765. For six years, he lived in Philadelphia, where he painted portraits and landscapes, drew houses and machinery, and was able to send money home to help support his mother. In 1785, Fulton bought a farm at Hopewell Township in Washington County near Pittsburgh. At the age of 23, Fulton traveled to Europe, where he would live for the next twenty years. Fulton became caught up in the enthusiasm of the “Canal Mania”. In 1793 he began developing his ideas for tugboat canals with inclined planes instead of locks. He obtained a patent for this idea in 1794 and also began working on ideas for the steam power of boats. He published a pamphlet about canals and patented a dredging machine and several other inventions. As early as 1793, Fulton proposed plans for steam-powered vessels to both the United States and British governments. Fulton may have become interested in steamboats at the age of 12 when he visited William Henry during a trip to Britain and France in 1777. He built and tested an experimental steamboat on the River Seine in 1803. Before returning to the United States, Fulton ordered a steam engine from Boulton and Watt, and on return built what he called the North River Steamboat (later known as Clermont). On August, 17, 1807, the Clermont began a regular passenger service between New York City and Albany, New York, 240 km distant, which was a commercial success. She could make the trip in 32 hours.

From 1811 until his death, Fulton was a member of the Erie Canal Commission, appointed by the Governor of New York.  Fulton’s final design was the floating battery Demologos. This first steam-driven warship in the world was built for the United States Navy for the War of 1812. The heavy vessel was not completed until after Fulton’s death and was named in his honor. From October 1811 to January 1812, Fulton, along with Livingston and Nicholas Roosevelt (1767–1854), worked together on a joint project to build a new steamboat, New Orleans, sturdy enough to take down the Ohio and Mississippi rivers to New Orleans, Louisiana. Fulton died in 1815 in New York City from tuberculosis (then known as “consumption”). He had been walking home on the frozen Hudson River when one of his friends, Addis Emmet, fell through the ice. In the attempt to rescue his friend, Fulton got soaked with icy water. He is believed to have contracted pneumonia. When he got home, his sickness worsened. He was diagnosed with consumption and died at 49 years old.