You are here: Home › history › The World according to Sebastian Münster 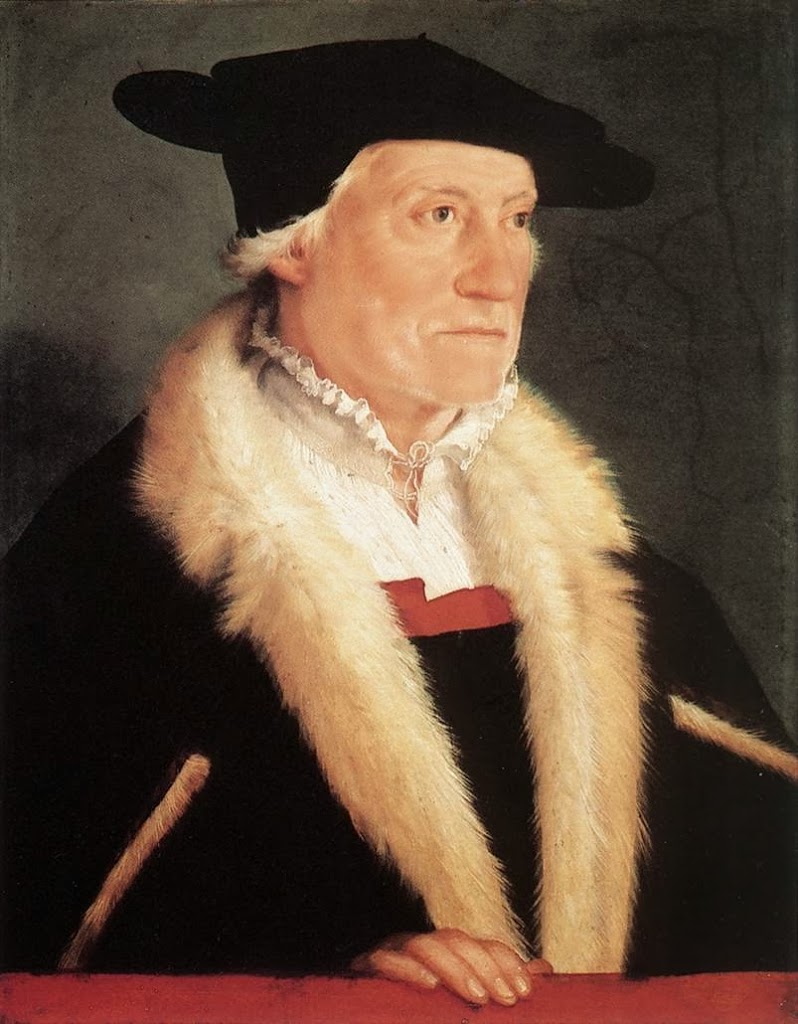 On January 20, 1488, German cartographer, cosmographer, and a Christian Hebraist scholar Sebastian Münster was born. His work, the Cosmographia from 1544, was the earliest German description of the world. In (Western) Germany, he is best known for his portrait on the former German 100 DM banknote – of course only to people who are old enough to remember the old Deutsche Mark banknotes (valid from 1962-1991).

Sebastian Münster was born in Ingelheim, near Mainz, Germany, as the son of Andreas Munster, the offspring of farmers, at that time church keeper and hospital master of the Heiliggeist Hospital there. In 1505, he entered the Franciscan order. Four years later, he entered the monastery of St. Katherina in Rouffach, in the upper Alsace, where he became a student of Konrad Pelikan, a reknown German Protestant theologian, humanist, and Christian Hebraist who taught Hebrew, Greek, mathematics and cosmography. In 1512, Münster obtained priesthood in Pforzheim, and continued his study of the semitic languages together with Pelikan and focussed on Aramaic and Ethiopian. After five years, Münster started to complete his studies at the Eberhard-Karls-Universität Tübingen, where he graduated in 1518 under the guidance of Johannes Stöffler, a famous German mathematician, astronomer, astrologer, priest, as well as maker of astronomical instruments, who often was referred to as ‘Father of Sciences‘ by his contemporaries.

Editing a Hebrew Version of the Bible

In 1529, Münster left the Franciscans for the Lutheran Church in order to accept an appointment as a professor of Hebrew at the Reformed Church-dominated University of Basel in 1529. He had long harbored an interest in the Lutherans, and during the German Peasants’ War, as a monk, he had been repeatedly attacked. In Basel he was the first German to edit a Hebrew version of the Bible in collaboration with Elias Levita, a Hebrew grammarian, scholar and poet, which was accompanied by a Latin translation and a large number of annotations. Besides, he also published several Hebrew grammars and also a trilingual dictionary in Latin, Greek, and Hebrew in 1530. 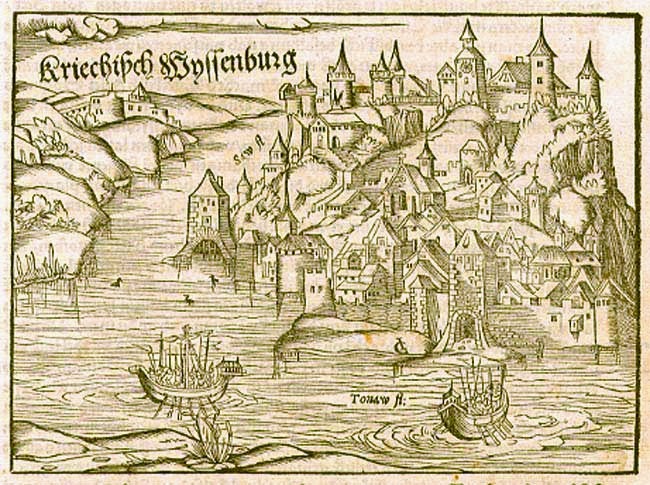 Freed from everyday worries, Sebastian Münster could now devote himself even more to the long planned preparation of geographical works. Münster released a Mappa Europae (map of Europe) in 1536, followed by a Hebrew Gospel of Matthew and a Latin edition of Ptolemy‘s Geographia with illustrations. This work should lead to the compilation of Münster’s Cosmographia in 1544. Münster’s Cosmographia was the earliest German description of the world. Münster had reached an agreement with more than 100 authors to produce and collect travelogues and views of places from all over the world for him. Münster had already received the first suggestions for this work in 1524 from the Alsatian humanist Beatus Rhenanus. In his preface Münster emphasizes that in six books he wanted to give “a description of the whole world with all that is inside“. In fact the work offers history and geography, astronomy and natural sciences as well as regional and folklore according to the state of knowledge at that time.

The work had numerous editions in different languages including Latin, French, Italian, English, and even Czech. To collect and compile the content of the Cosmographia, Münster travelled through France, Switzerland, Bavaria and Swabia. Overall, he was able to make contracts with more than 100 authors to collect travel accounts and to compose images of contemporary landscapes and cityscapes. The Cosmographia was one of the most successful and popular books throughout the 16th century. It passed through 24 editions in 100 years. This success was due to the fascinating woodcuts (some by Hans Holbein the Younger). It was most important in reviving geography in 16th century Europe. The last German edition was published in 1628, long after Münster’s death.

In 1547, Münster was nominated principal of the University of Basel with his motto ‘the respect of God is the beginning of knowledge‘. His later works include also  Rudimenta mathematica (1551) with theorems on elementary geography and its application to the production of astronomical instruments. Sebastian Münster died at Basel of the plague in 1552 at age 66.