You are here: Home › philosophy › “Man was born free, and he is everywhere in chains” – Jean-Jacques Rousseau 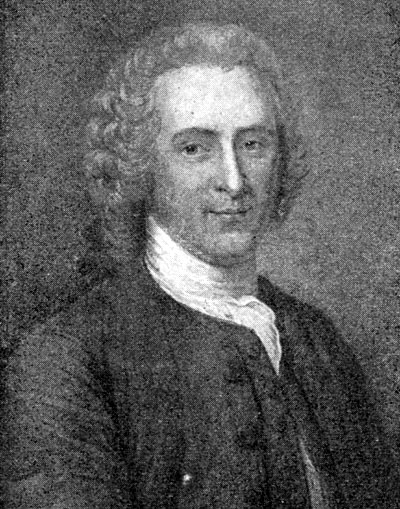 Jean-Jacques Rousseau was born on June 28, 1712. The writer, philosopher, composer, and pioneer of the Age of Enlightenment had a great influence in educational and political matters throughout the French Revolution and beyond.

“It is ordinary people who have to be educated, and their education alone can serve as a pattern for the education of their fellows. The others find their way alone.”
— Jean-Jacques Rousseau, Emile, or On Education, 1762

Rousseau was born in Geneva in 1712 and after the death of his mother he grew up with his father, who had started Jean-Jacques‘ interest in books, such as the works of the antique historian and philosopher Plutarch. But at the age of 10, his father Isaac had to flee from Geneva and from there and through his childhood, Rousseau suffered from injustice, mistreatment, and disinterest towards him. During his adolescent years, he began a life as traveler with temporary jobs as music teacher or secretary. A big influence during these years was Françoise-Louise de Warens, who provided him several jobs as well as education. She was a big part of Jean-Jacques‘ life as a friend, supporter, and lover.

Jean-Jacques Rousseau was not really known for having a great social life and even in his childhood he preferred spending his time with books, instead of other children. In the 1740‘s, he moved to Paris and was finally able to socialize with people of his age and intellect, including encyclopedistDenis Diderot,[8] who was later prisoned for publishing blaspheming scripts. Rousseau himself published his ‘Discours sur les Sciences at les Arts‘. This work denies the question whether arts and sciences spoil the morals of the population. It polarized the intellectuals and caused Rousseau lots of attention throughout all social classes in Europe.

In early 1756, he refused the post of librarian offered to him by the city of Geneva. Instead, he moved to Montmorency north of Paris as a guest of the multifaceted, self-writing Madame d’Épinay, a friend of Diderot. However, in 1758, when he reacted to the critical article “Geneva”, which d’Alembert had written for the Encyclopédie, with the Lettre à d’Alembert sur les spectacles (Letter to d’Alembert about the shows,),[10] in which he, the former playwright, denounced theatre, this favourite child of the Enlightenment, as useless and potentially immoral, he made an enemy of this and the circle of philosophers around him.

Émile, or On Education

And with the fame came the downfall. He published works like Julie, or the New Heloise, which represents the ultimately impossible love of the bourgeois intellectual Saint-Preux for the noble Julie d’Étanges and partly was inspired by Rousseau’s passion for Madame d’Épinay’s sister-in-law, Madame d’Houdetot, and Émile, or on Education, which is now known for his most influential writing. In it he advocates, on the one hand, letting children live through their childhood and keeping them away from corrupting feudal social influences (negative and natural education) and, on the other hand, guiding them to discover the laws of nature themselves by means of selected teaching and learning scenes and to experience the structures, values and norms of society in a society divided by division of labour together with their mentor and to consider them in conversation (critical socialisation). Soon after its publishing it was banned from Paris and Geneva and publicly burned. Nevertheless, it influenced the French Revolution and counted as a great inspiration concerning new educational systems.

A nomadic life followed after his political downfall in Paris and Geneva. He moved from Bern to Môtiers, then lived in England together with David Hume [7] and finally got back to Paris, where he was now tolerated, giving lectures about his theories occasionally.

“Men, be kind to your fellow-men; this is your first duty, kind to every age and station, kind to all that is not foreign to humanity. What wisdom can you find that is greater than kindness? “
— Jean-Jacques Rousseau, Emile, or On Education, 1762

A Man with Many Talents

All in all Rousseau was a man with many talents and interests. He was active in the field of music, composed several operas and plays. His conception of man was filled with hate towards the culture and society, yet he believed that the ‘natural human‘ is basically good and only screwed up by this society. With his botanic researches, Rousseau earned respect and admiration by many celebrities during the 1760‘s and his educational writings influenced many future pedagogues like Adolph Diesterweg and Maria Montessori.[8]

In May 1778, he accepted an invitation from Marquis René Louis de Girardin to visit his little castle at Ermenonville. When he felt death coming, he spoke about it openly and without timidity to his wife, and when she burst into tears, he said: “Why are you crying? It is my happiness, I die in peace. I did not want to harm anyone and I count on the grace of God”. He opened the window, looked into the beautiful day and said: “How pure and lovely is the sky, not a cloud to cloud it. I hope the Almighty will take me up there with him.” He died a little later on July 2, 1778, in Ermenonville, probably of a stroke. Two months after the fall of Robespierre, on 11 October 1794, the National Convention triumphantly transferred Rousseau’s remains to the Panthéon in Paris.