You are here: Home › medical science › Jean Dausset and the Major Histocompatibility Complex 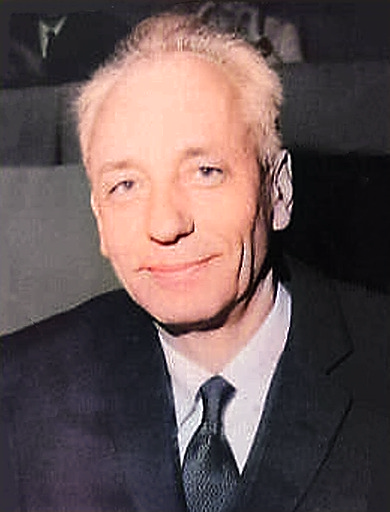 On October 19, 1916,  French immunologist Jean Dausset was born. Dausset received the Nobel Prize in Physiology or Medicine in 1980 along with Baruj Benacerraf and George Davis Snell for their discovery and characterization of the genes making the major histocompatibility complex.

Jean-Baptiste-Gabriel-Joachim Dausset’s father worked as a medical doctor at the Bayonne Hospital at Biarritz. After the family moved to Paris, Dausset began his formal education and later studied medicine at the University of Paris. Already at the age of 19, Dausser became an extern at the Paris Hospitals but failed his internship entrance exam. However, he later succeeded to study at the Faculty of Medicine in Paris and went to a city hospital in 1937, where he worked as an assistant doctor.

During World War II , he was enlisted in the French Army and was sent to Northern Italy. In 1940, he passed his exams and joined the Free French Forces in North Africa as an ambulance worker. During his war duties, Dausset performed numerous blood transfusions on soldiers and upon returning to Paris, he began working at the Regional Blood Transfusion Center at the Saint-Antoine Hospital.

In 1945, Jean Dausset earned his medical degree with a thesis on blood transfusion and started working as an intern at the hematology lab at the Children’s Hospital in Boston. During that period, he started researching. In 1950 he published his fist scientific work which dealt with the detection of incomplete antibodies using trypsinized erythrocytes in a plasmatic medium. In the field of hematology, Dausset continued to publish further works and he developed a technique for the removal of plasma from red blood cells to be used in transfusions to patients. In 1952, he continued his research in France and started to focus on hemolytic anemia. Around 1954, he observed an anti-leucocyte agglutinating substance. Four years later he was able to identify an isoantibody specific to leucocytes and published his observation.

During the early 1960s Dausser published an examination of the correlation between leuco-agglutination and skin graft tolerance, his first observation of the antigens’ impact on histocompatibility. About two years later, Dausset observed a clear relationship between leucocyte antigen compatibility and antibody response to skin grafts. He managed to develop a system for grouping leucocyte antigens on the basis of histocompatibility and hypothsized that all known leucocyte antigens were part of a single complex, a complex which he named Hu-1. This would later become known as one of the Major Histocompatibility Complexes (MHC). In 1965 he examined the effects of Hu-1 antigen injection on skin graft rejection, which confirmed that  this Hu-1 complex was a transplantation antigen.

The Nobel Prize in Physiology and Medicine

During the late 1960s, Dausset published further infuential works on the matter including the discovery that Hu-1 is homologous to the mouse H-2 complex, which also functions in histocompatibility. He further participated in other studies pertaining to the complex that was renamed HLA in 1968. Jean Dausset received the Nobel Prize in Physiology and Medicine in 1980 for his contribution to these studies as well as his ultimate role in the discovery of this crucial antigen. Benacerraf, Snell and Dausset were able to prove in their experiments that these immune factors are genetically fixed. They are mainly responsible for the fact that it is experimentally possible to investigate these factors, since they were able to prove that the white blood cells, the leukocytes, have the same factors as other body cells. This has made it possible to develop an immune factor system that functions similarly to blood group systems and in which defence reactions can already be carried out by tests with patient blood.

With the prize money for the Nobel Prize, which he received in 1980, Dausset founded the Centre d’Etude du Polymorphisme Humain (CEPH), where investigations of the human genome were carried out. The research institute collected DNA from 61 large families and made it available to researchers to decipher the genome. He also founded France Transplants and France Bone Marrow Grafts, two companies that were responsible for the acquisition of organ donors. In 1993, the CEPH became the Jean-Dausset-CEPH Foundation, Dausset resigned as President of the Foundation in 2003 and remained an Honorary Professor until his death. He died on 6 June 2009 in Palma, Mallorca, Spain, at the age of 92.