You are here: Home › physics › James van Allen and the Weather in Space 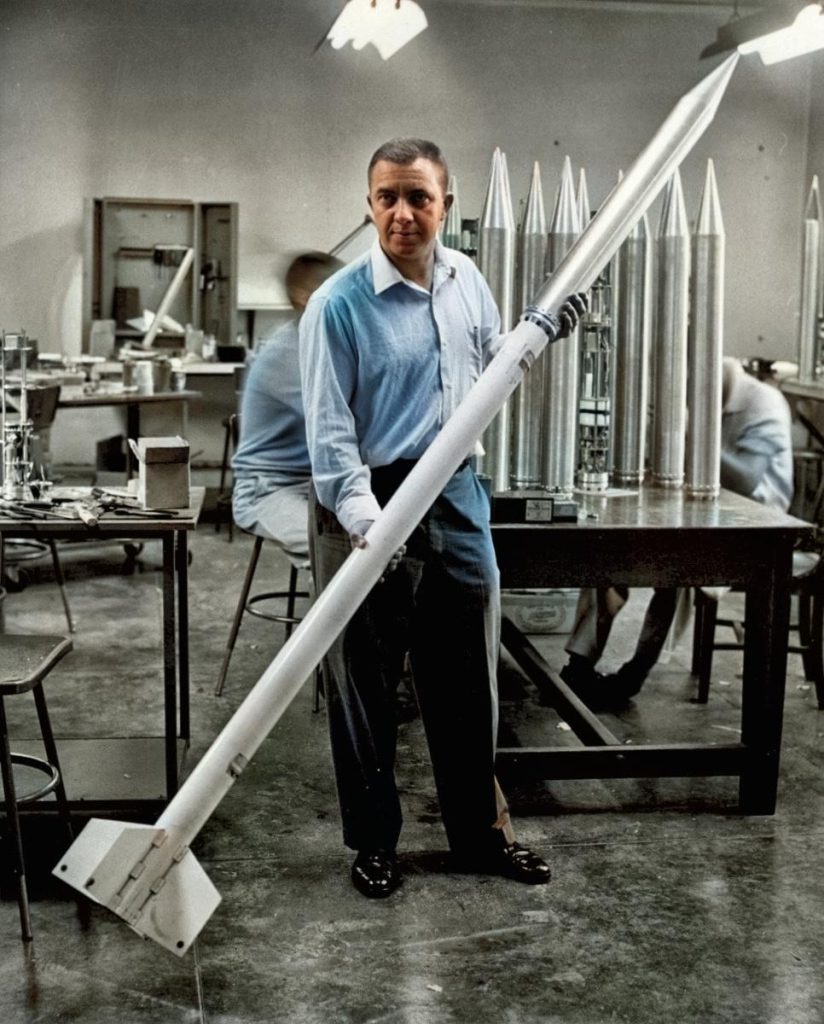 On September 7, 1914, astrophysicist and space pioneer Dr. James Van Allen was born. The Van Allen radiation belts were named after him, following the 1958 satellite missions (Explorer 1 and Explorer 3) in which Van Allen had argued that a Geiger counter should be used to detect charged particles.

“Apparently, something happens on the sun. It sends out a burst of gases. The reservoirs above our earth shake like a bowl of jelly. The radiation droozles out at the ends and makes the auroral displays at the North and South Poles.”
(James Van Allen, in 1959)

A Boy from Iowa

Who would have guessed, that a boy from the little town Mount Pleasant, Iowa would become a man of such great discoveries and would be designated to change history for presumably starting the Space Race between the Soviet Union and the USA in his living room. James Van Allen was born as the second child of four sons of the lawyer Alfred Morris Van Allen and his wife Alma, née Olney, in the municipality of Mount Pleasant (with about 3000 inhabitants at that time). Young Van Allen was particularly interested in mechanical and electrical devices. He made simple electric motors, primitive detector radios and other devices. His inspiration came from his favourite magazines Popular Mechanics and Popular Science.

A physics professor at Iowa Wesleyan College recognized the then 18-year-old student’s ability to experiment and craft. For 35 cents an hour, Van Allen was able to prepare the seismic and magnetic equipment for an Antarctic expedition. The expedition was led by Admiral Richard E. Byrd and physics professor Thomas Poulter.[6] Although Van Allen also wanted to take part, his family thought he was too young to do so. He therefore completed his physics studies, moved to the University of Iowa City and received his doctorate in  nuclear physics in 1939 (summa cum laude). He then worked as a research fellow at the Carnegie Institution of Washington until 1942, where the talented scientist first discovered his great interest for cosmic rays. After serving for the Navy, van Allen began experimenting with the German A4 rockets at the age of 32, and could achieve great advancements in the field of high altitude research on rockets.[7] This continued with the development of the Aerobee rocket that was much smaller and cheaper than an A4. Already here he attached importance to the possibility of transporting payloads such as measuring instruments.

One of the most important years in the life of van Allen might have been 1950, when he gathered the most promising scientists in his living room, leading to the International Geophysical Year, which took place in 1957/58 and causing the American government to building satellites and the Soviet Union to answering with shooting the Sputniks into the orbit; the Space Race has begun.[7]

In 1951 he was appointed to the University of Iowa as Professor and Head of the Department of Physics and Astronomy. However, James van Allen was still researching on his Rockoon-project, which he had started in 1949, and only four years later, he was able to succeed for the first time. After being fired off Newfoundland, the so called ‘Rockoons‘ (as a combination of rockets and balloons) were able to detect the first hints of radiation belts. The success continued in 1957, when 36 Rockoons were launched. The real break through followed one year later though. Explorer 1 was launched to orbit the Earth, carrying a cosmic ray experiment designed by van Allen himself. After Explorer 3 was also successfully lauched, everything van Allen has worked for now paid off. He could finally prove the existence of layers of energetic charged particles around our planet, held in place by Earth‘s magnetic field, which were named the ‘Van Allen radiation belt‘ to honor his achievements. 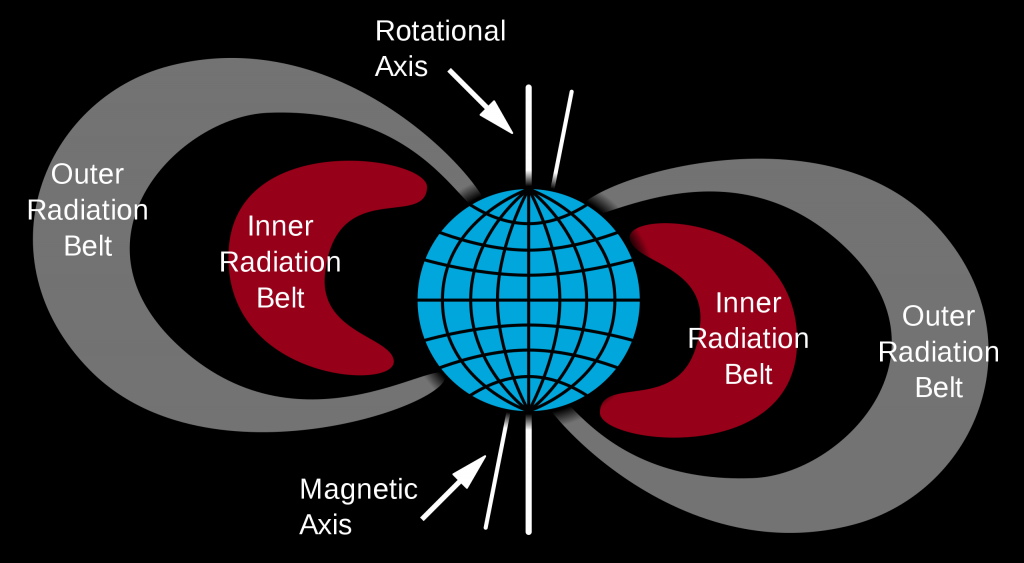 It is a ring (torus) of high-energy charged particles in space that are captured by the Earth’s magnetic field. The magnetosphere acts as a protective shield for the Earth because it prevents such deadly particles from reaching the Earth’s inhabitants. So far it has been assumed that the particles of the Van Allen belt originate predominantly from the solar wind and cosmic rays. However, recent investigations of the results of the “Van Allen A” and “Van Allen B” probes show that the majority of the particles are formed in the belt itself, where atoms are virtually torn apart by electromagnetic fields and electrons are thus released. The charged cosmic particles are deflected in the Van Allen belt by the magnetic field of the earth as a result of the Lorentz force, enclosed in a magnetic bottle and thus oscillate back and forth between the poles of the earth with an oscillation duration of about one second.

“After a vast research program, which depended very heavily upon the use of a number of highspeed computers, I am pleased to offer you the result: “Space is that in which everything else is.” In other words, “Space is the hole that we are in.”
– James Van Allen, On the definition of space: Reach Into Space, Time, 1959-05-04.

In the same year, in response to the so-called Sputnik shock, a planning team chaired by Van Allen was set up with the aim of carrying out a manned space flight to the moon within ten years. Later he moved away from this idea again, as he now regarded manned space travel more as a television event of no scientific value. Instead, he pushed ahead with data collection and exploration of the solar system. His measuring instruments in the Pioneer 10 spacecraft carried out the first investigation of Jupiter’s radiation belt in 1973. Pioneer 11 followed with observations of Saturn’s ring.[9] Van Allen was also a member of the scientific team on the Galileo mission, which began exploring Jupiter in 1989.[10]

Up to this date, James van Allen counts as a key figure in the Space Race and has been honored several times, he is holder of the Gold Medal of the Royal Astronomical Society, NASA‘s Lifetime Achievement Award and many more.