You are here: Home › medical science › How James Lind, a Pioneer of Clinical Trials, Developed a Cure for Scurvy 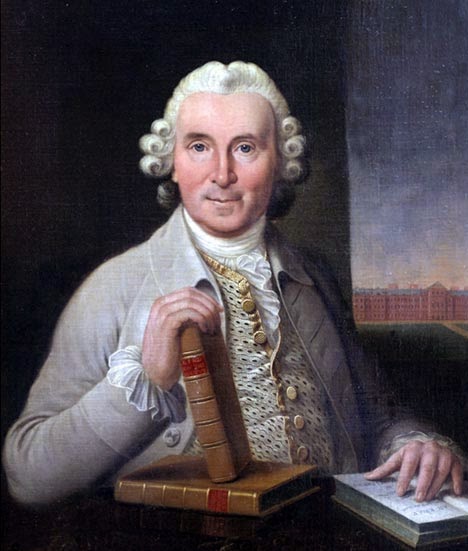 On October 4, 1714, Scottish physician James Lind was born. He was a pioneer of naval hygiene in the Royal Navy. By conducting the first ever clinical trial, he developed the theory that citrus fruits cured scurvy. His work advanced the practice of preventive medicine and improved nutrition.

James Lind was born in Edinburgh, Scotland, to Margaret (Smelum) and James Lind, a prosperous merchant whose wife had medical connections. He attended grammar school in his youth, and then was apprenticed to the Edinburgh physician George Langlands,a fellow of the Incorporation of Surgeons which preceded the Royal College of Surgeons of Edinburgh, in 1731. He became a surgeon’s mate in the British navy in 1739, serving in the Mediterranean, off the coast of West Africa and in the West Indies. By 1747 he had become surgeon of HMS Salisbury in the Channel Fleet, and conducted his experiment on scurvy while that ship was patrolling the Bay of Biscay.

It was a well known fact that far more sailors on British warships died from scurvy than from battle. In 1740 the catastrophic result of Anson’s circumnavigation attracted much attention in Europe; out of 1900 men, 1400 had died, most of them allegedly from having contracted scurvy. Vitamin C is necessary for the maintenance of healthy connective tissue. If sailors did not get vitamin C in their food, especially from fruits like oranges, lemons, or limes, then they developed the symptoms of scurvy: bleeding gums, loosened teeth, stiff or swollen joints, and bleeding under the skin. Infections often resulted, and if infections did not kill the sailors, then they soon died from convulsions or coma if they were left untreated. On long voyages, entire crews could be decimated by scurvy. [1]

The Benefits of Citrus Fruit

Before Lind’s work, eversince antiquity in various parts of the world others had noticed that citrus fruits were good for health. The Spanish physician, Michael Servetus, said in 1537 that citrus fruits were good for digestion.[3] Admiral Sir Richard Hawkins of the British Navy noticed in 1593 that feeding his men citrus fruit each day seem to eliminate scurvy. Also John Woodall (1570–1643), an English military surgeon of the British East India Company recommended them but their use did not become widespread. Although Lind was not the first to suggest citrus fruit as a cure for scurvy, he was the first to study their effect by a systematic experiment in 1747.

Lind set out in 1747 to prove experimentally that citrus fruits cured scurvy. Lind thought that scurvy was due to putrefaction of the body which could be helped by acids, and thus included a dietary supplement of an acidic quality in the experiment. While he was aboard the H.M.S. Salisbury from August to October 1747, he created an experiment in which he tested the effectiveness of dietary supplements on scurvy patients. He started after two months at sea when the ship was afflicted with scurvy. He divided twelve scorbutic sailors into six groups of two. They all received the same diet but, in addition, group one was given a quart of cider daily, group two twenty-five drops of elixir of vitriol (sulfuric acid), group three six spoonfuls of vinegar, group four half a pint of seawater, group five received two oranges and one lemon, and the last group a spicy paste plus a drink of barley water. The treatment of group five stopped after six days when they ran out of fruit, but by that time one sailor was fit for duty while the other had almost recovered. Apart from that, only group one also showed some effect of its treatment.

A Treatise of the Scurfy

Just after that patrol he left the Navy, wrote his MD thesis on venereal diseases and earned his MD from the University of Edinburgh Medical School, and was granted a license to practice in Edinburgh, Scotland. In May 1750 he was elected a fellow of the Royal College of Physicians of Edinburgh. In 1753 he published A treatise of the scurvy, which was virtually ignored. In 1758 he was appointed chief physician of the Royal Naval Hospital Haslar at Gosport. When James Cook [4] went on his first voyage he carried wort (the liquid extracted from the mashing process during the brewing of beer or whisky), sauerkraut and a syrup, or “rob”, of oranges and lemons as antiscorbutics, but only the results of the trials on wort were published. In 1762 Lind’s Essay on the most effectual means of preserving the health of seamen appeared. In it he recommended growing salad on wet blankets. This was actually put in practice, and in the winter of 1775 the British Army in North America was supplied with mustard and cress seeds.

However Lind, like most of the medical profession, believed that scurvy had multiple causes, but essentially was a result of ill-digested and putrefying food within the body, bad water, excessive work and living in a damp atmosphere which prevented healthful perspiration. Although he recognized the benefits of citrus fruit, he never advocated citrus juice as a single solution, but recommended multiple remedies. Lind’s final work was published in 1768; the Essay on Diseases Incidental to Europeans in Hot Climates, with the Method of Preventing their fatal Consequences. It was a descriptive work on the symptoms and treatments of tropical disease, and was not specifically related to naval medicine and served more as a general text for doctors and British emigrants. James Lind retired as chief physician at Haslar in 1783, and his son John, who had been his assistant, succeeded him in the post. Lind died in Gosport in 1794 at age 77.