You are here: Home › explorer › Abel Tasman and the Discovery of Tasmania 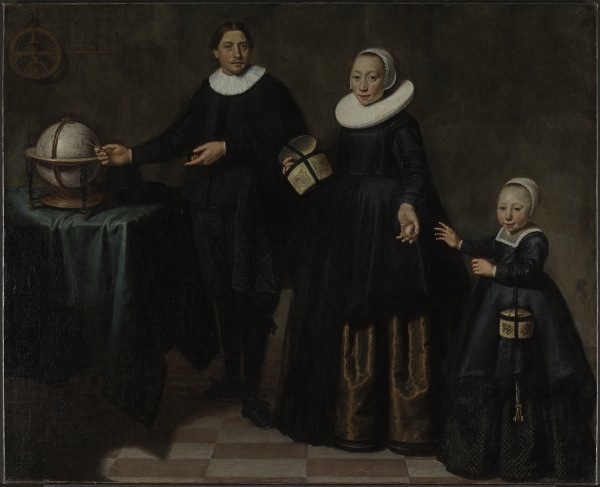 Portrait of Abel Tasman with wife and daughter (1637)

Abel Tasman was born in 1603 in Lutjegast in what is now the province of Groningen, the Netherlands. He received a sufficient education to enable him to express his ideas clearly in writing and to become a skilled navigator. In 1633, Tasman went to Batavia in service of the Dutch East India Company. where he became a first mate and later a skipper. In 1634 in a minor exploration he had a narrow escape from death, when in an incautious landing several of his companions were massacred by people of Ceram. Four years later he was back in Amsterdam. Tasman signed on for another ten years and took his wife along to Batavia. In 1639 Tasman was sent as second in command of an exploring expedition in the north Pacific under Matthijs Quast.

A Voyage to Terra Australis

In August 1642, the Council of the Indies in Batavia despatched Abel Tasman and Franchoijs Visscher on a voyage of which one of the objects was to obtain knowledge of “all the totally unknown provinces of Beach”. Beach appeared on maps of the time, notably that of Abraham Ortelius of 1570 and that of Jan Huygen van Linschoten of 1596, as the northernmost part of the southern continent, the Terra Australis, along with Locach.[3] According to Venetian merchant traveler Marco Polo,[4] Locach was a kingdom where gold was “so plentiful that no one who did not see it could believe it”. Confirmation that land existed where the maps showed Beach to be had come from Dirk Hartog’s landing in October 1616 on its west coast, which he called Eendrachtsland after the name of his ship.

The Discovery of Van Dieman’s Land

Sailing in August 1642, Abel Tasman discovered Van Diemen’s Land, New Zealand, the Tonga Islands and some of the Fiji group, and re-explored part of the north coast of New Guinea. Thereby, on 24 November 1642 Abel Tasman sighted the west coast of Tasmania, north of Macquarie Harbour.[12] He named his discovery Van Diemen’s Land after Antonio van Diemen, Governor-General of the Dutch East Indies. Proceeding south he skirted the southern end of Tasmania and turned north-east, Tasman then tried to work his two ships into Adventure Bay on the east coast of South Bruny Island where he was blown out to sea by a storm, this area he named Storm Bay. After some exploration, Tasman had intended to proceed in a northerly direction but as the wind was unfavourable he steered east. On 13 December they sighted land on the north-west coast of the South Island, New Zealand, becoming the first Europeans to do so. 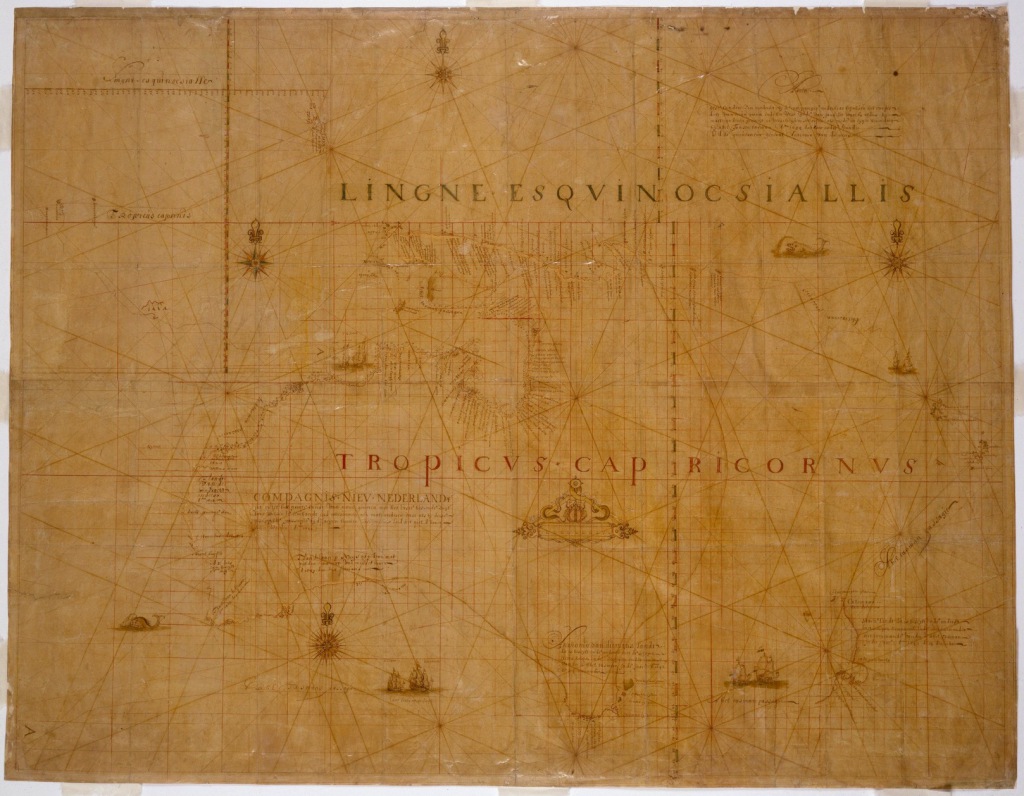 The Abel Tasman map from 1644 shows a surprisingly accurate general outline of the Australian coastline.

On his return to Batavia in June 1643 he was chosen to take part in an expedition to form a settlement in the Tonga Islands from which the Chilean coast was to be raided, but this plan was abandoned. Instead, Tasman was appointed to the Council of Justice at Batavia.[1] From the point of view of the Dutch East India Company, Tasman’s explorations were a disappointment: he had neither found a promising area for trade nor a useful new shipping route. For over a century, until the era of James Cook,[5] Tasmania and New Zealand were not visited by Europeans – mainland Australia was visited, but usually only by accident.

He went to Sumatra in 1646, and in August 1647 to Siam (now Thailand) with letters from the company to the King. In May 1648 he was in charge of an expedition sent to Manila to try to intercept and loot the Spanish silver ships coming from America, but he had no success and returned to Batavia in 1649. The sam year Tasman was charged and found guilty of having in the previous year hanged one of his men without trial, was suspended from his office of commander, fined, and made to pay compensation to the relatives of the sailor. On 5 January 1651 he was formally reinstated in his rank and spent his remaining years at Batavia. Abel Tasman died in affluent circumstances being one of the larger landowners in Batavia on 10 October 1659.

Geologists explain why Tasmania is different, [7]