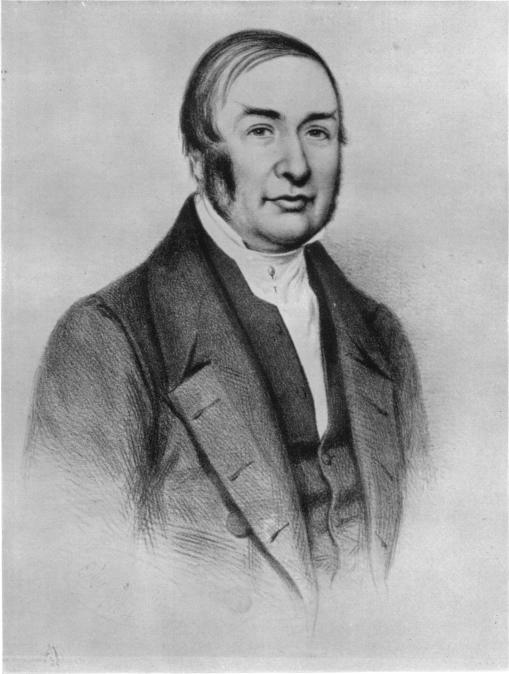 On June 19, 1795, Scottish surgeon and “gentleman scientist” James Braid was born. Braid was a significant innovator in the treatment of club-foot and an important and influential pioneer of hypnotism and hypnotherapy. He is regarded by many as the first genuine “hypnotherapist” and the “Father of Modern Hypnotism“.

Braid was born the third son, and the seventh and youngest child, of James Braid and Anne Suttie, at Ryelaw House, in the parish of Portmoak, Kinross, Scotland. He was apprenticed to the Leith surgeons Thomas and Charles Anderson, and part of that apprenticeship, Braid also attended the University of Edinburgh from 1812–1814. Braid obtained the diploma of the Licentiate of the Royal College of Surgeons of the City of Edinburgh in 1815, and was appointed surgeon to Lord Hopetoun’s mines at Leadhills, Lanarkshire. In 1825 he set up in private practice at Dumfries. Braid moved to Manchester in 1828, where he opened a successful surgical practice, continuing to practice from there until his death in 1860.

An Interest in Mesmerism

His interest in mesmerism was awakened on the night of November 13th, 1841, when Braid saw a performance in Manchester by the Swiss mesmerist Charles Lafontaine, a true theatrical artiste with a piercing gaze and a long black beard, whose act involved the use of mesmerism to make his subjects impervious to pain. He dramatically demonstrated this by shocking them with a live battery, or by burning them with candles, apparently without ill effect.[1] Braid was amongst the medical men who were invited onto the platform by Lafontaine. Braid examined the physical condition of Lafontaine’s magnetized subjects (especially their eyes and their eyelids) and concluded that they were, indeed, in quite a different physical state. Braid initially rejected Lafontaine as a charlatan, but later became interested in the phenomenon and dedicated his whole life to the search of the dynamics behind it.[2]

With No Magnetic Agency Involved

Braid then performed his experimentum crucis, operating on the principle of Occam’s Razor (that ‘entities ought not to be multiplied beyond necessity’), he made an extraordinary decision to perform a role-reversal and treat the operator-subject interaction as subject-internal, operator-guided procedure. Braid emphatically proved his point by his self-experimentation with his “upwards and inwards squint”. The exceptional success of Braid’s use of ‘self-‘ or ‘auto-hypnotism’ (rather than ‘hetero-hypnotism’), entirely by himself, on himself, and within his own home, clearly demonstrated that it had nothing whatsoever to do with the ‘gaze’, ‘charisma’, or ‘magnetism’ of the operator. Braid also conclusively proved that none of Lafontaine’s phenomena were due to magnetic agency. Braid completely rejected Franz Mesmer’s idea that a magnetic fluid caused hypnotic phenomena, because anyone could produce them in “himself by attending strictly to the simple rules” that Braid laid down.[2,3]

Braid conducted a number of experiments with self-hypnotization upon himself, and, by now convinced that he had discovered the natural psycho-physiological mechanism underlying these quite genuine effects, he performed his first act of hetero-hypnotization at his own residence, before several witnesses- Subsequently, Braid was able to demonstrate that he could replicate the effects produced by Lafontaine, without the need for any sort of physical contact between the operator and the subject.

Braid’s reputation firmly rests upon his experiments and studies, which established hypnosis as a subject for scientific research and persuaded the medical establishment that it was a valid clinical technique. In that sense, he can be thought of as the first “hypnotherapist”.[1] Braid concluded that the phenomenon he had discovered was a form of sleep, so he named the phenomenon after Hypnos, the Greek god of sleep. By 1848, Braid gradually came to realize that the hypnotic state could be induced without sleep, and that it is actually associated with suggestibility. He thus tried to rename the state as monoideism, but it was too late — the term “hypnosis” was already widely accepted.[2]

Braid published many letters and articles in journals and newspapers; he also published several pamphlets, and a number of books (many of which were compendiums of his previously published works). His first major publication was Neurypnology, or the Rationale of Nervous Sleep (1843), written less than two years after his discovery of hypnotism. Braid was a member of both the Royal College of Surgeons of Edinburgh and the Provincial Medical and Surgical Association, a Corresponding Member Member of both the Wernerian Natural History Society of Edinburgh (in 1824), and the Royal Medical Society of Edinburgh (in 1854), a Member of the Manchester Athenæum, and the Honorary Curator of the museum of the Manchester Natural History Society.

At a time when medical anesthesia was just the very first successful attempt, hypnosis was one of the few methods to relieve pain during surgery. After his death in 1860, his ideas were hardly noticed in Great Britain, whereas in France his ideas were taken up. Shortly before his death Braid had sent his French colleague Étienne Eugène Azam a manuscript on hypnotism, which is lost today, which word he used as hypnotism (for the old mesmerism).