You are here: Home › medical science › The Cathartic Method of Josef Breuer 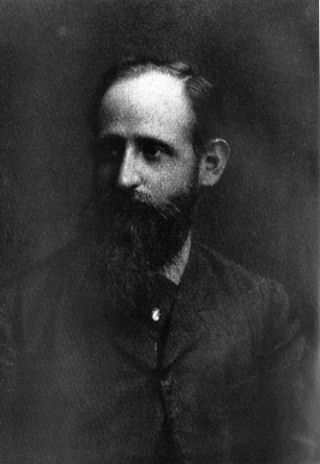 On June 20, 1925, Austrian physician Josef Breuer passed away. Breuer made some of the key discoveries in neurophysiology. His work in the 1880s with a patient known as Anna O. developed the talking cure (cathartic method) and laid the foundation to psychoanalysis as developed by his protégé Sigmund Freud.[5]

“…much will be gained if we succeed in transforming your hysterical misery into common unhappiness. With a mental life that has been restored to health, you will be better armed against that unhappiness.”
– Freud, Sigmund – Breuer, Joseph: Studies in Hysteria. 1895

Born in Vienna, his father, Leopold Breuer, taught religion in Vienna’s Jewish community. Breuer’s mother died when he was quite young, and he was raised by his maternal grandmother and educated by his father until the age of eight. Josef Breuer attended Akademisches Gymnasium of Vienna and continued his education at the University of Vienna where he studied medicine and received his doctorate in 1867 at the age of 22. Afterwards, he worked as assistant to the internist Johann Oppolzer at the university. Under the guidance of Ewald Hering at the military medical school in Vienna, Breuer was able to demonstrate the role of the vagus nerve in the reflex nature of respiration. The mechanism is now known as the Hering–Breuer reflex. Josef Breuer is further known to have discovered the functionality of the sense of balance independently of Ernst Mach (Mach-Breuer flow theory of the endolymph of the inner ear).[4]

The Starting Point of Psychoanalysis

However, Josef Breuer ist probably best known for his achievements in the later 19th century with Anna O. The latter’s name stands for the pseudonym of Bertha Pappenheim. She suffered from “paralysis of her limbs, and anaesthesias, as well as disturbances of vision and speech.” While investigating the case, the woman noticed that her symptoms reduced or even disappeared after she described them to Breuer. The patient coined the term ‘talking cure‘ for this phenomenon. The scientist Breuer later referred to it as the cathartic method.

The Case of Anna O.

Back then, Breuer functioned as a mentor to Sigmund Freud and even helped him to set up a practice. It is further known that Freud showed deep interest in the case of Anna O. The two men, Freud and Breuer documented the case in the 1895 book Studies in Hysteria (previously jointly published: “On the Psychological Mechanism of Hysterical Phenomena”; 1893). This writing (and the underlying case history) was described by Freud himself as the root and starting point of psychoanalysis.[5] In contrast to the complete recovery of the patient as claimed in the publication, she continued to suffer from severe mental disorders and had to undergo several more inpatient therapies in the following years.

“the germ cell of the whole of psychoanalysis”

Unfortunately, the two men become estranged from each other in the case. It was for instance said that while Breuer looked for different causes at the phenomenon, for a long time, Freud probably saw sexual issues as the main cause of neurotic symptoms. In the end, the therapy of Anna O. was not well documented, and many rumors and theories evolved around the case. Hallucinations and storytelling included the first parts of the treatment. Her symptoms, headaches, excitement, curious vision disturbances, partial paralyses, and loss of sensation had no organic origin and are now called somatoform disorders. They improved once the subject expressed her repressed trauma and related emotions, a process later called catharsis. The American Historian Peter Gay later considered that, “Breuer rightly claimed a quarter of a century later that his treatment of Bertha Pappenheim contained ‘the germ cell of the whole of psychoanalysis‘”.

Sigmund Freud later adopted the term talking cure to describe the fundamental work of psychoanalysis. He himself referenced Breuer and Anna O. in his Lectures on Psychoanalysis at Clark University, Worcester, MA, in September 1909: “The patient herself, who, strange to say, could at this time only speak and understand English, christened this novel kind of treatment the ‘talking cure’ or used to refer to it jokingly as ‘chimney-sweeping'”.

Breuer was regarded as one of the finest physicians and scientists in Vienna. In 1894, he was elected to the Viennese Academy of Science. Breuer died  on June 20, 1925 in Vienna at age 83.[6]