You are here: Home › aviation › Hans von Ohain and the Invention of the Jet Engine 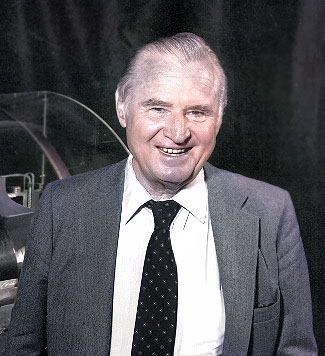 On December 14, 1911, German engineer Hans Joachim Pabst von Ohain was born, who designed the first operational jet engine. Von Ohain independently developed the first jet engine during the same period that Frank Whittle was doing the same in the UK, their designs an example of simultaneous invention.[5]

Hans von Ohain was born in Dessau, Germany, the eldest son of Wolf Pabst von Ohain and his wife Katharina-Loise. After graduating from the Arndt-Gymnasium Dahlem in 1930, Hans von Ohain studied physics in Göttingen, Rostock and Berlin. He earned a Ph.D. in Physics and Aerodynamics from the University of Göttingen, by the time one of the major centers for aeronautical research. As early as 1934, he became theoretically interested in a new propeller-less type of propulsion for aircraft and began experimenting at his own expense. Ohain received technical support from the car mechanic Max Hahn in the workshop where he had his private car serviced and repaired. After receiving his degree in 1935, von Ohain became first junior assistant and later director of the Physical Institute of the University. When von Ohain applied for a patent on his invention in 1936, the patent office referenced Frank Whittle’s 1930 patent. However, since important differences existed between the two ideas, he received his patent, Process and Apparatus for Producing Airstreams for Propelling Airplanes. Unlike Frank Whittle’s Power Jets WU design, von Ohain’s design used a centrifugal compressor and turbine placed very close together, back to back, with the flame cans wrapped around the outside of the assembly.

Development of the Turbojet

Ohain eventually arranged with Max Hahn to build a model of his engine design financed from his private funds. The completed model was even larger in diameter than Whittle’s 1937 fully working engine, although much shorter along the thrust axis. Von Ohain took the model to the University for testing but ran into serious problems with combustion stability. In 1936, von Ohain signed a consulting agreement with the Heinkel Company in Rostock and later in Stuttgart for the development of his turbojet ideas. After directing a research and development program, von Ohain designed and produced a successful liquid-fueled engine. A successful bench test of one of his engines was accomplished in September 1937. Von Ohain reported: “The apparatus fully met expectations. It reached the anticipated performance, it handled well in acceleration and deceleration, probably because of the relatively small moment of inertia of the compressor and turbine rotor and the great stability of the hydrogen combustion over the wide operational range.” [3]

The HeS.3B engine was installed in the Heinkel He 178 airplane and the first turbojet-powered aircraft made its first flight on August 27th, 1939 at Heinkel Airfield near Rostock, Germany.[1,6] The pilot on this historic first flight of a jet-powered airplane was Flight Captain Erich Warsitz. A number of weeks after the first flight, Adolf Hitler was persuaded to observe a demonstration. Ohain stated that he seemed unfriendly, icy cold and unwell. He asked an assistant what was wrong. The assistant said that the demonstration had been too early, because “the Führer does not like to get out of bed before 11 a.m.” Hitler did not see the need for a new aircraft engine, commenting “why is it necessary to fly faster than the speed of sound?” [4]. Von Ohain’s fully operational prototype was followed by Whittle’s engine within the Gloster E.28/39 in 1941. Operational jet fighter aircraft from both Germany and Britain entered operational use virtually simultaneously in July, 1944. After the war the two men met and became friends. 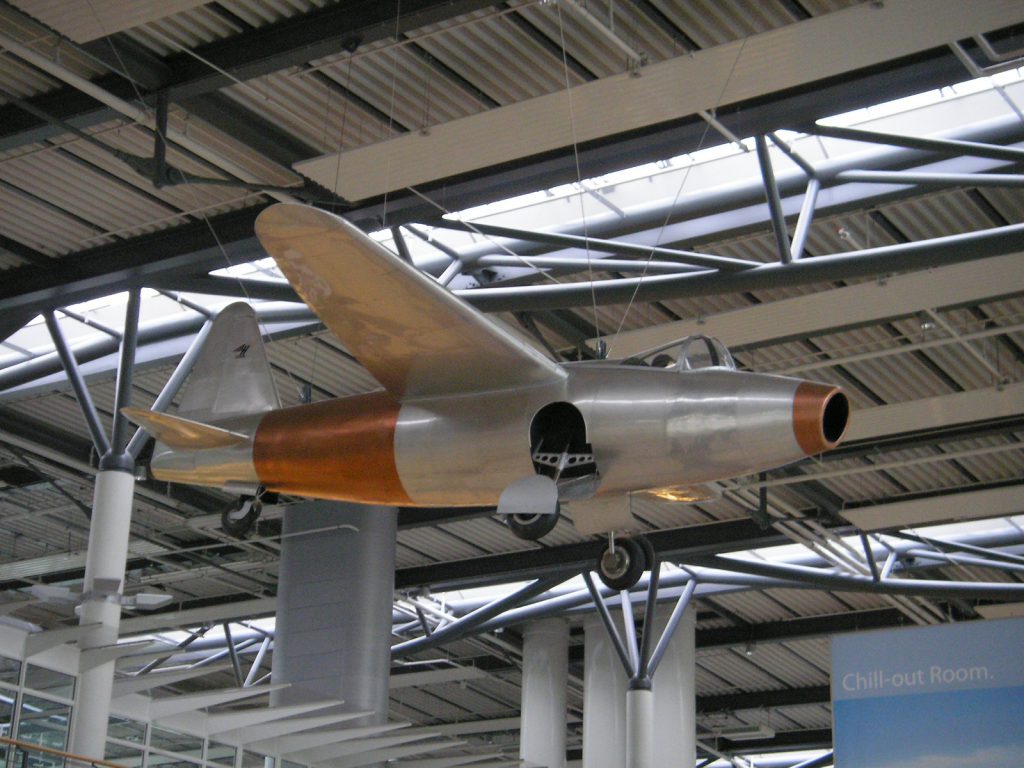 Nevertheless, Hans von Ohain developed a second improved jet engine, the He S.8A, which was first flown on April 2, 1941. Ohain’s engine design, which used a centrifugal compressor, was inherently less efficient than one using an axial-flow compressor, and it was a turbojet of this type, designed by Anselm Franz, that powered the Messerschmidt Me 262, the world’s first operational jet fighter aircraft. Von Ohain’s engines, by comparison, saw little use in World War II. [2] From 1935 – 1945, von Ohain received more than 50 company patents relating to radial and axial turbojet engines. Unfortunately, he lost all rights to these inventions with Germany’s defeat in WW II.

Following Operation Overcast like many other German engineers, von Ohain emigrated to the U.S. in 1945 and became an engineer for the U.S. Air Force at its engine development center where he continued his work in both theoretical and experimental research in propulsion and energy and energy conversion. In 1956 he was made the Director of the Air Force Aeronautical Research Laboratory and by 1975 he was the Chief Scientist of the Aero Propulsion Laboratory there. von Ohain retired from Wright-Patterson in 1979 and took up an associate professor position at the nearby University of Dayton. He conceptualized and demonstrated the “jet wing” concept to provide cold air thrust augmentation for vertical and short takeoff and landing aircraft. In addition he showed that the potential efficiency of an electro fluid dynamic generator (in which the energy of fluid gases is converted directly into electricity without using moving parts) could be used as a practical power source [4]. Among many other honors and awards, von Ohain was awarded the Ludwig-Prandtl-Ring from the Deutsche Gesellschaft für Luft- und Raumfahrt (German Society for Aeronautics and Astronautics) for “outstanding contribution in the field of aerospace engineering” in 1992. From the 1960s he had a deep friendship with Frank Whittle until the latter’s death.

Although Pabst von Ohain himself was not a member of the NSDAP, it cannot be ruled out that he was complicit in the exploitation and death of prisoners of war,[12] forced laborers and concentration camp inmates through his work in Heinkel’s factories, in a managerial position. When plans became public in 2004 to name the passenger terminal of Rostock-Laage Airport after Hans Joachim Pabst von Ohain in his honor, former Russian and Polish forced laborers and prisoners of the Barth concentration camp, among others, protested against such a tribute. Prisoners were forced to work in the Heinkel factories in Rostock as well as in the Heinkel-Hirth factories in Stuttgart. Later research does give the impression that Pabst von Ohain deliberately slowed down the further development of jet propulsion technology, but cannot prove this beyond doubt.

Ohain later moved to Melbourne, Florida, with his wife Hanny, where he died in 1998, aged 86.