You are here: Home › astronomy › The Hale Telescope at Palomar Observatory 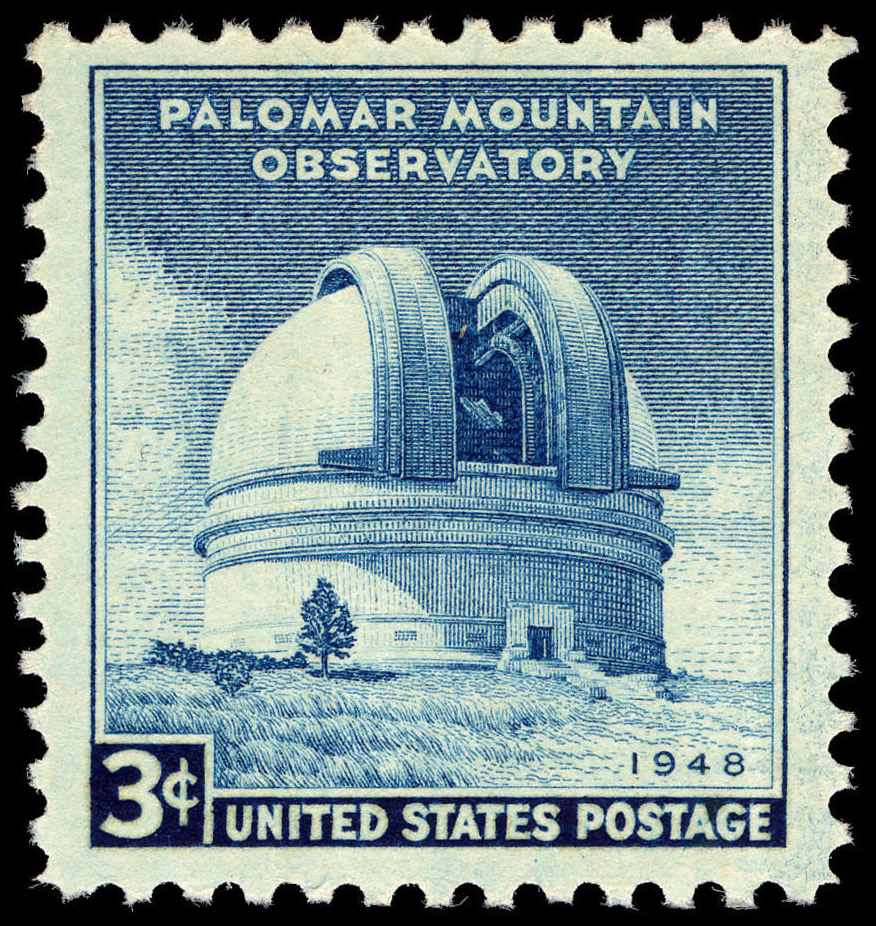 On January 26, 1949, the Hale telescope at Palomar Observatory sees first light under the direction of Edwin Hubble,[4] becoming the largest aperture optical telescope (until BTA-6 was built in 1976).

George Ellery Hale was a solar astronomer, who was born and grew up in Chicago, Illinois [5]. He studied at MIT, Harvard and in Berlin. He is mostly known for his invention of the spectrohelioscope during his time at MIT. With his newly built instrument, Hale made his discovery of solar vortices and in 1908, he used the Zeeman effect with a modified spectrohelioscope to establish that sunspots were magnetic. Hale was appointed director of the Kenwood Astrophysical Observatory, became professor of Astrophysics at Beloit College, and professor at the University of Chicago. 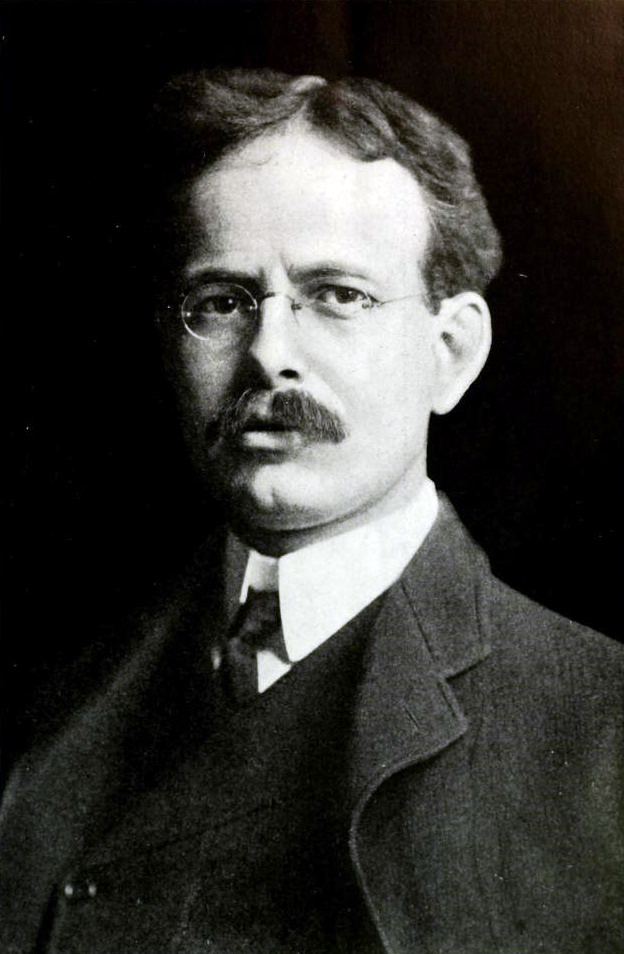 The Design of the Hale Telescope

In his later years, Hale became editor of several scientific journals and always worked to found several significant astronomical observatories, including Yerkes Observatory, Mount Wilson Observatory, Palomar Observatory, and the Hale Solar Laboratory. He supported and influenced Edwin Hubble critically and encouraged him to some of the most significant discoveries of the time. George Hale supervised the building of the telescopes at the Mount Wilson Observatory in the 1910s, which resulted in a great success considering the scientific achievements made with the help of these telescopes. During the design of the Hale Telescope at Mount Palomar, Hale’s chief optical designer suggested to try out a completely new design providing sharper images over a larger usable field of view, which Hale refused due to financial difficulties. However, the Hale Telescope turned out to be the last world-leading telescope to have a parabolic primary mirror. 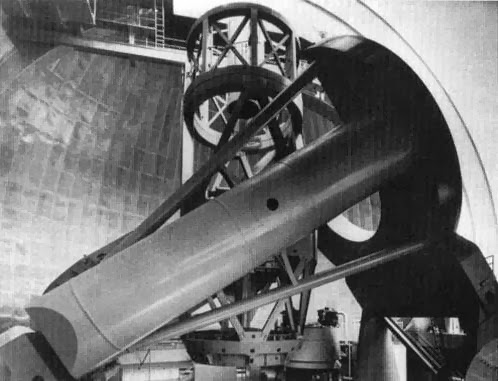 The Construction of the Hale Telescope

Actual construction work on the telescope began in 1936. The raw mirrors were made of pyrex-glas and it took over eight months to cool down the material after molding it. The telescope weighs more than 400 tons and was built into a 1000 tons dome with a diameter of 42 metres. Unfortunately, World War II interrupted the work on the telescope for several years and it was not completed until 1948. Until 1949, several corrections had to be made and the 20 tons heavy mirror had to be transported from Pasadena to Palomar, which was only accomplished because new roads and a specific transportation vehicle were constructed. 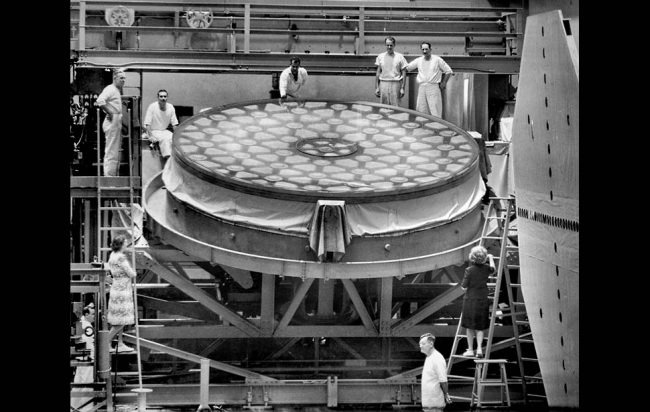 Dec. 3, 1945: Workers pose with the mirror of the 200-inch telescope at the Caltech Optical Shop in Pasadena when grinding work was resumed following the end of World War II. Work was halted in 1942. The mirror was transported to Palomar Observatory in 1947.

Under the direction of the famous American astronomer Edwin Hubble,[4] the Hale Telescope saw first light on January 26, 1949 targeting Hubble’s Variable Nebula. In October, the telescope is made available full-time to the astronomers from Caltech and the Carnegie Institution, twenty-one years after the Rockefeller grant. On this day, the 5-meter telescope is still a workhorse of modern astronomy. It is used nightly for a wide range of astronomical studies. On average the weather allows for at least some data collection about 290 nights a year. Astronomers using the Hale Telescope have discovered distant objects called quasars at cosmological distances. They have studied the chemistry of stellar populations, leading to an understanding of the stellar nucleosynthesis as to origin of elements in the universe in their observed abundances, and have discovered thousands of asteroids. The Hale telescope “lost” its rank as the world’s largest telescope after 30 years to the 6-meter reflecting telescope BTA-6 of the Selenchuk Observatory in the Caucasus, but the Hale telescope is still the largest telescope with an equatorial mount. It held its placement as the second largest telescope until the installation of the first Keck telescope in 1993.