You are here: Home › astronomy › The Universe goes beyond the Milky Way – thanks to Edwin Hubble 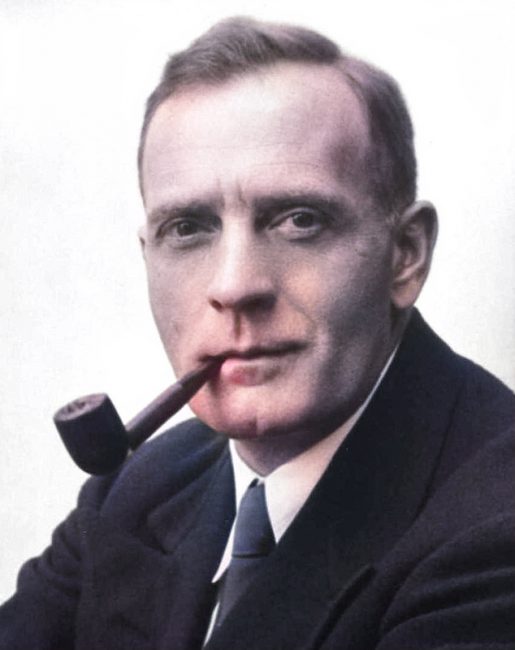 On November 20, 1889, American astronomer Edwin Hubble was born. He is best known for his role in establishing the field of extragalactic astronomy and is generally regarded as one of the most important observational cosmologists of the 20th century.

“Equipped with his five senses, man explores the universe around him and calls the adventure Science.”
– Edwin Hubble (1929)

Although Edwin Hubble earned pretty good grades in school, he used to be more of a sportsman than a scientist. In 1907, he even led the University of Chicago’s basketball tea to their very first conference. However, in his studies at the University of Chicago, Hubble concentrated mostly on mathematics, astronomy, philosophy even though his actual subject of study was law, surrendering to his father’s request. After graduating, the young scientist taught mathematics at a high school and became a professional astronomer at the age of 25. Hubble successfully applied at the Yerkes Observatory to study astronomy and received his PhD in 1917.

The Universe doesn’t end beyond the Milky Way

Hubble took a break from astronomy when Congress declared war on Germany and he volunteered for the Unites States Army. When he returned, Hubble was offered a position at the Carnegie Institution’s Mount Wilson Observatory, which he accepted. When Vesto Slipher succeeded in 1912 at the Lowell observatory in Flagstaff (Arizona) in measuring the radial velocity of a spiral nebula for the first time, Hubble as a student was trying to measure  the relative velocity of the Andromeda nebula (M31) to the Milky Way system. In this period, the Hooker Telescope, which was then the largest telescope, was completed. Until then, it was widely assumed that the universe consisted of he Milky Way Galaxy only. The use of the Hooker Telescope however, proved differently. At the Mount Wilson Observatory in 1923, he was able to prove that M31 lies far outside our galaxy. He presented the results of his observations and calculations, Cepheids in Spiral Nebulae, at the turn of the year 1924/25 at the annual meeting of the American Astronomical Society (AAS), where they were presented on January 1, 1925.  Thereby, he immediately changed the human’s perspective on the universe, even though not everyone supported his theory.

In June 1927, the Belgian priest Georges Lemaître [5] postulated the expansion of the universe in accordance with Einstein’s General Theory of Relativity [6] on the basis of the spatial distribution of other galaxies and their redshift, as demonstrated in the spectrum by Milton Humason and others. Hubble published two years later with additional data the same linear relationship between the redshift and the distribution of extragalactic nebulae, but did not draw the physical conclusion of an expansion of the universe and suspected a previously undiscovered natural principle behind redshift. However, public perception often attributes this discovery of Lemaître to Hubble.

Hubble and Humason discovered on the basis of Slipher’s work that the spectra of different galaxies are not equally shifted into red and blue, but that there are considerably more red shifted spectra. If the frequency shift is interpreted as a Doppler effect, it can be deduced that almost all observed galaxies are moving away from us. Hubble was also the first to establish a directly proportional relationship between redshift and galaxy distance, which would mean that the further away these distant world islands are, the faster they move away from us. Hubble himself used the term “apparent speed” because he was cautious in the physical interpretation of the observations.

In the 1930s, Hubble was involved in determining the distribution of galaxies and spatial curvature. These data seemed to indicate that the universe was flat and homogeneous, but there was a deviation from flatness at large redshifts. There were methodological problems with Hubble’s survey technique that showed a deviation from flatness at large redshifts. In particular, the technique did not account for changes in luminosity of galaxies due to galaxy evolution. Earlier, in 1917, Albert Einstein had found that his newly developed theory of general relativity indicated that the universe must be either expanding or contracting. Unable to believe what his own equations were telling him, Einstein introduced a cosmological constant (a “fudge factor”) to the equations to avoid this “problem”. When Einstein learned of Hubble’s redshifts, he immediately realized that the expansion predicted by general relativity must be real, and in later life, he said that changing his equations was “the biggest blunder of [his] life.” The quantity describing this expansion is called the Hubble constant H in his honour. With its help, the age of space can be estimated. 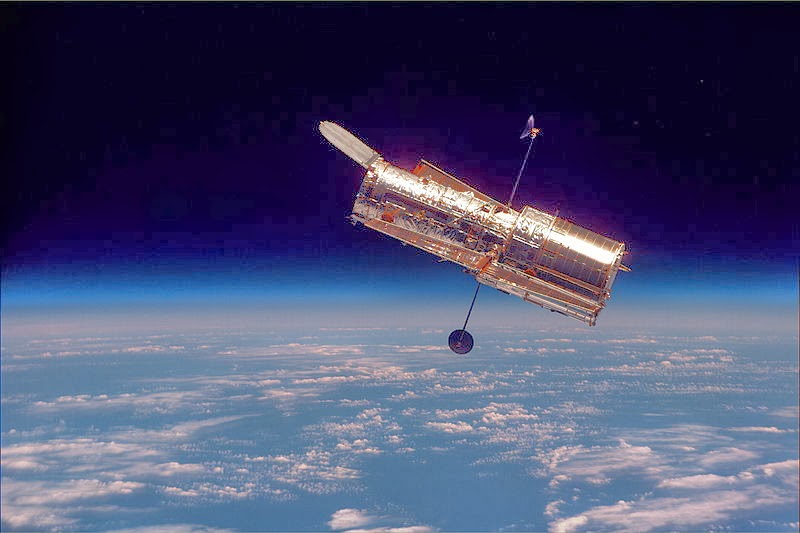 Pioneer of the distant stars

To further contributions to astronomy count Hubble’s discovery of the asteroid 1373 Cincinnati and his work on ‘The Observational Approach to Cosmology‘ and ‘The Realm of the Nebulae‘. Hubble has also developed the Hubble sequence, a morphological ordering scheme for galaxies. Hubble has been praised for his findings and technologies that would help finding extraterrestrial life today as well as in the future. But despite his efforts and success, Hubble was never awarded a Nobel Prize, even though there was a campaign in order to achieve it and after his passing the Nobel Prize Committee decided that his work would have been eligible for a prize in physics, but it was too late. Still, Hubble is widely considered the ‘pioneer of the distant stars’.

On September 28, 1953, Hubble died of a stroke at the age of 63 while preparing for several observation nights at the Palomar Observatory.

Chris Burns, Hubble’s Troublesome Constant – Or Why is Cosmology so hard? [8]