You are here: Home › art › Giorgio Vasari and his Foundations of Art-Historical Writing 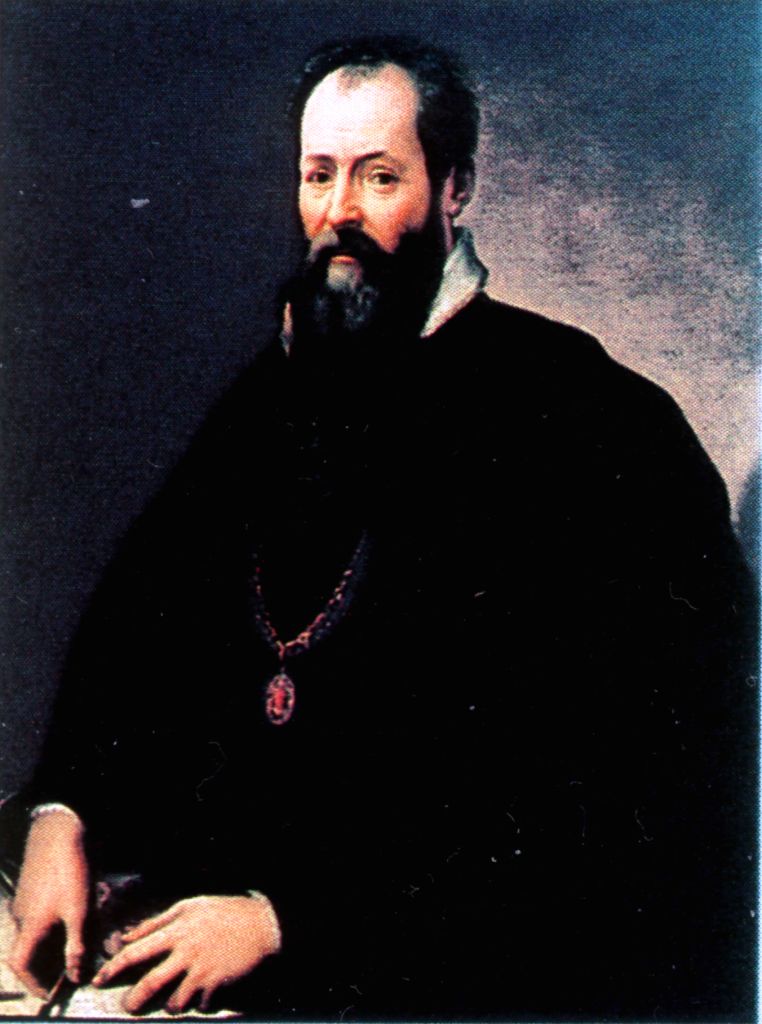 On July 30, 1511, Italian Renaissance painter, architect, writer and historian Giorgio Vasari was born. He is best known today for his Lives of the Most Eminent Painters, Sculptors, and Architects, considered the ideological foundation of art-historical writing.

One of the Lesser Known Renaissance Artists

From all the great Renaissance artist, Giorgio Vasari might be one of the lesser known. The reason for this might be that although an artist of considerable repute, there were so many extraordinary talented Renaissance artists that Vasari’s art didn’t stand out among them. But, on the other hand, it is one of Vasari’s major merits that we know about so many Renaissance artists at all. Simply because he authored and published the very first collection of biographies of famous artists of his age.

Vasari was born in Arezzo, Tuscany. Recommended at an early age by his cousin Luca Signorelli, he became a pupil of Guglielmo da Marsiglia, a skillful painter of stained glass. Sent to Florence at the age of sixteen by Cardinal Silvio Passerini, where he enjoyed the friendship and patronage of the Medici family, he joined the circle of Andrea del Sarto and his pupils Rosso Fiorentino and Jacopo Pontormo where his humanist education was encouraged. He was befriended by Michelangelo whose painting style would influence his own and became a lifelong admirer of Michelangelo. As an artist Vasari was both studious and prolific.[4,5,6]

In 1529, Vasari visited Rome where he studied the works of Raphael and other artists of the Roman High Renaissance.[7] Vasari’s own Mannerist paintings, often produced with the help of a team of assistants were much more admired in his lifetime than afterwards. They have often been criticized as being facile, superficial, and lacking a sense of color. In 1547 Vasari completed the hall of the chancery in Palazzo della Cancelleria in Rome with a fresco cycle that received the name Sala dei Cento Giorni and depicts scenes from the life of Pope Paul III. He was consistently employed by members of the Medici family in Florence and Rome, and worked in Naples, Arezzo and other places. Many of his pictures still exist, the most important being the wall and ceiling paintings in the Sala di Cosimo I in the Palazzo Vecchio in Florence.

Vasari was perhaps more successful as an architect than as a painter. His loggia of the Palazzo degli Uffizi by the Arno opens up the vista at the far end of its long narrow courtyard, a unique piece of urban planning that functions as a public piazza. But, his best-known buildings are the Uffizi in Florence, begun in 1560 for Cosimo I de’ Medici, and the church, monastery, and palace created for the Cavalieri di San Stefano in Pisa. His architectural designs clearly show the influence of Michelangelo and are outstanding examples of the Tuscan Mannerist style of architecture. 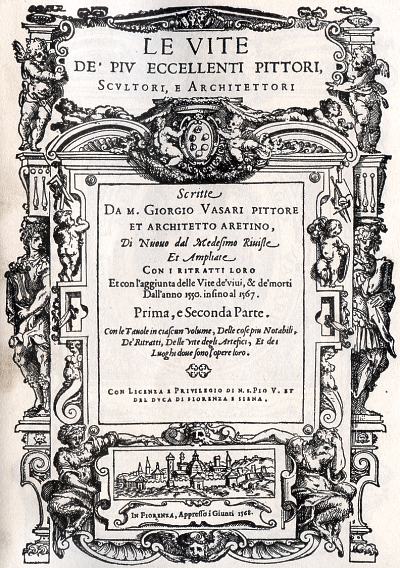 But Vasari’s major achievement was his invention of the genre of the encyclopedia of artistic biographies with his Le Vite de’ più eccellenti pittori, scultori, ed architettori (Lives of the Most Eminent Painters, Sculptors, and Architects), dedicated to Grand Duke Cosimo I de’ Medici, published in 1550. It included a valuable treatise on the technical methods employed in the arts. He also in his book coined the term ‘Renaissance‘ for the art style of his contemporary epoch as well as the term ‘Gothic art‘. Interestingly, ‘Gothic’ in the sense of Vasari means a “monstrous and barbarous” “disorder” and is used to distinguish the classical style of antiquity with its harmonic proportions from the barbaric style of the dark middle ages, which threatened to invade Italy from beyond the Alpes.

Not Objective at All

In comparison to a modern encyclopedia, Vasari’s work is not objective at all. Just the opposite, the work has a consistent and notorious favour of Florentines and tends to attribute to them all the new developments in Renaissance art. Venetian art in particular, let alone other parts of Europe, is systematically ignored. His biographies are most dependable for the painters of his own generation and the immediately preceding one. Moreover, he did not research archives for exact dates, as modern art historians do. Nevertheless, before the second edition Vasari had visited Venice and gave more attention to Venetian art in the second edition. Vasari’s biographies of notable artists are interspersed with amusing gossip. Many of his anecdotes have the ring of truth, although likely inventions. 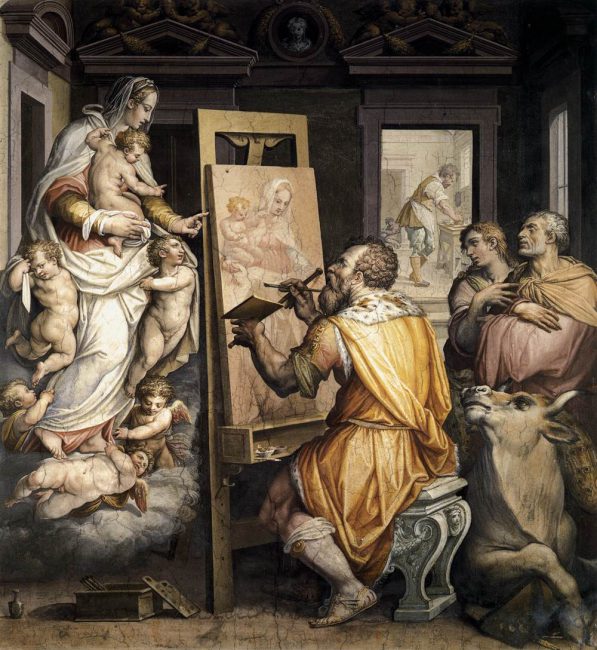 Egon Friedell in his Cultural History of Modernity (Kulturgeschichte der Neuzeit) sums up Vasari’s character in the following way: “Vasari practiced a dictatorship of taste of such unchallenged validity as was never given to a reviewer again later. He himself was a performer, a rather moderate one, and thus offers the spectacle of the birth of criticism from creative impotence so often repeated since then; moreover, he connected the business of art agent with his activity, in which he also found many successors. Even such an intransigent character as Michelangelo knew what he owed to a Vasari and responded to the transmission of his work with an extremely flattering sonnet, although he was nothing less than edified by the content and especially by the news and judgments that dealt with him himself. But all those who dared to oppose Vasari’s critical revelations or not to place him, as an artist, next to the greatest of the time, were persecuted by him with the utmost vindictiveness and injustice, whereby he did not care about forgeries: in this way he literally made numerous artists impossible.“[8]

Despite all of its flaws, Vasari’s Vite for centuries had been the most important source of information on Early Renaissance Italian painters and the attribution of their paintings. All over his lifetime Vasari enjoyed high repute and amassed a considerable fortune. In 1563 Vasari founded the Accademia del Disegno at Florence, with the Grand Duke and Michelangelo as heads of the institute. Vasari died at Florence on June 27, 1574.