You are here: Home › physics › Geneviève Thiroux d’Arconville and the Chemistry of Putrefaction 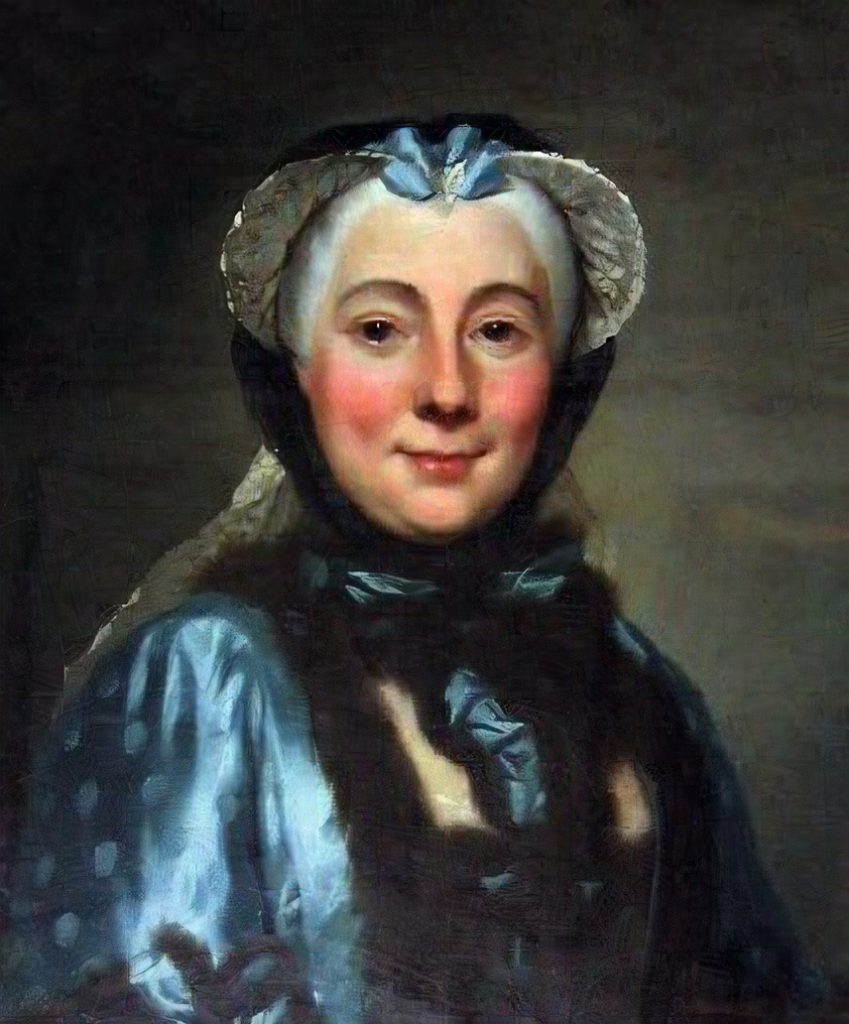 On December 23, 1805, Marie-Geneviève-Charlotte Thiroux d’Arconville, née d’Arlus, passed away, who was referred to as Geneviève Thiroux d’Arconville. She was a French writer, translator and naturalist. As a researcher in the field of chemistry, she became known for her studies on decay processes. Her work represented basic research on decomposition processes. She also published, anonymously throughout, numerous philosophical, literary and historical writings as well as translations. Further manuscripts, which she had compiled in twelve volumes, were long considered lost and were only rediscovered in 2007.

“In a private state, women do not play roles with impunity. Are they gallant? They are despised. Are they intriguing? They are feared. Do they display science or wit? If their works are bad, they are hissed at; if they are good, they are taken away from them, and all that remains is the ridicule of having said they were the authors.”
– Geneviève Thiroux d’Arconville: Sur les femmes (1760)

Marie-Geneviève-Charlotte d’Arlus was born on October 17, 1720, the daughter of Françoise Gaudicher and André Guillaume d’Arlus. Her father was a wealthy tax tenant (fermier général). After the early death of her mother, she was then raised by a governess. By the time she was fourteen, she was married to Louis-Lazare Thiroux d’Arconville, a wealthy lawyer, councilor at the Paris Parliament, and later chairman of a chamber of appeals (Chambre des Enquêtes). At the age of 22 or 23 she had fallen seriously ill with smallpox leaving her with disfiguring scars. She now dressed like a much older woman and avoided public appearances. Instead, she had largely turned to intellectual studies and pleasures.

Self Taught in Natural Sciences

Beginning in the early 1740s, she attended courses at the Jardin des Plantes on physics, anatomy, botany, natural history, and chemistry, which, funded by the monarchy, were offered free of charge and mostly taught in French, not Latin. There were no exams or diplomas for the courses. Since there was no formal education for women, these courses offered her the opportunity to study the natural sciences with prominent scientists. In particular, she studied chemistry with Guillaume-François Rouelle, who was popular with his students for his entertaining lectures. Other women who took advantage of the educational opportunities at the Jardin des Plantes were Madame Roland and Félicité de Genlis.

In addition to acquiring knowledge, Geneviève Thiroux d’Arconville was able to establish contacts and friendships with other scientists, writers, and philosophers at the Jardin des Plantes, which influenced her scientific writings. With the discoverer of cholesterol, François Poulletier de la Salle, she corresponded about aspects of putrefaction. Through these acquaintances, she created a “private research team” that assisted her in translating and correcting Shaw’s and Monro’s works and writing her own Essai pour servir à l’histoire de la putréfaction (Essay to serve as a history of putrefaction). She pursued her medical studies with Jean-Baptiste Sénac, personal physician to King Louis XV, and her teacher Pierre-Joseph Macquer, among others. Macquer, who had written the Dictionnaire de Chimie, encouraged her scientific work and introduced her to the scientific community of Paris, including important scientists of the 18th century.

By her own account, her interest in chemistry led her to the related fields of agriculture and especially botany. With the botanist of the Jardin des Plantes, Bernard de Jussieu, she studied plants and organic chemistry. His method of classifying plants was very helpful to her studies. Through Jussieu’s generosity, she was able to enrich her arboretum at her country home in Crosne, a suburb of Paris, with exotic plants whose decay she observed. In her arboretum, she found that certain substances were present in plant roots that inhibited decay. In her experiments, however, she found that these effects were rather weak compared to metal salts and resins. One exception, she wrote, was myrtle, whose sap prevented the decomposition of meat for more than six months in experiments.

The purpose of her research was to formulate a theory about the transformation of matter in nature, and then to find ways to help slow down the decomposition processes. To do this, she wanted to explore whether or not different chemical substances could prevent the decomposition processes. These findings, she hoped, would help medicine and surgery heal wounds and diseases. For her research, Thiroux d’Arconville set up laboratories in Paris and Meudon where she conducted experiments to study putrefaction. Within ten years, between 1754 and 1764, she conducted a series of about three hundred experiments on human bile and the preservation of meat, testing 32 classes of preservatives, including mineral acids and bases. She carefully recorded each state of decay of her samples, taking into account time, temperature, and weather. In publishing her results, she included ten large-format tables showing, in descending order, the effectiveness of the various preservatives. In doing so, in contrast to Herman Boerhaave and John Pringle, she also stated that decay processes play a role in both animal and plant life. However, Thiroux d’Arconville’s research represented basic research in this field, but it still lacked the links to the medical microbiology that triggered these processes, which were later explored by Louis Pasteur.

The death of the best friend Thiroux d’Arconville had, according to her own words, François Thiroux d’Épersenne, a brother of her husband, initially left her unable to write in 1767, so she began dictating her texts. Between 1767 and 1783, she no longer wrote scientific texts, but wrote novels and historical biographies, including one about Maria de’ Medici. Geneviève Thiroux d’Arconville feared the French Revolution. After the death of her husband in 1789, she lived in Meudon, but was forced to leave the place in December 1793. She was first placed under house arrest, then sent to Saint-Lazare prison, and finally to Picpus prison, where she was imprisoned with her relatives: including her sister, her brother-in-law Angran d’Alleray, and her eldest son Louis Thiroux de Crosne. Both men were executed by guillotine in April 1794. It was not until six months after her son’s death that Geneviève Thiroux d’Arconville was released from prison, as was her sister. Beginning in 1800, at the age of 80, she began dictating her thoughts, reflections, and anecdotes, as her deteriorating eyesight made writing by hand impossible. Until her death in 1805, they filled twelve manuscript volumes, which were, however, no longer published

Thiroux d’Arconville published some 30 works, including both annotated translations and original works, all anonymously. Admittedly, this was a case of “relative anonymity,” for there is evidence that her authorship was known in at least some literary and scientific circles. As a woman, she was restricted by social norms, so that publication under her name was not possible. She sharply criticized these restrictions. It is thought that her decision to remain anonymous was self-preservation; a way to keep her personal life as a mother and a wife distinct from her writings. According to scholars, Thiroux d’Arconville’s body of work showcased her feelings on what it means to be a high status female author during the eighteenth century in France