You are here: Home › physics › James Prescott Joule and the True Nature of Heat 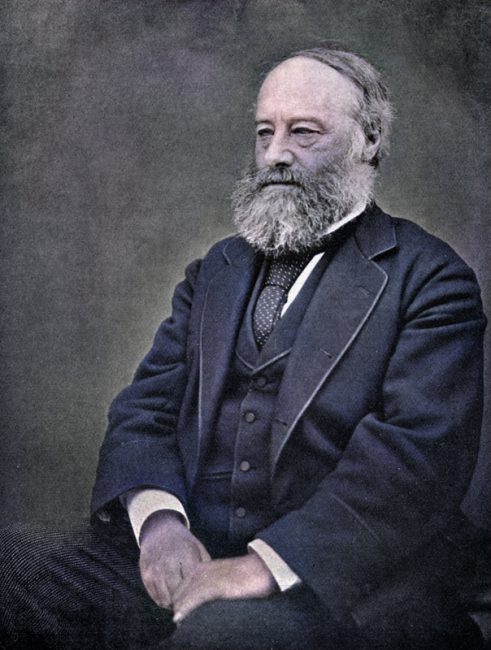 On December 24, 1818, English physicist and brewer, James Prescott Joule was born. Joule studied the nature of heat, and discovered its relationship to mechanical work. This led to the law of conservation of energy, which led to the development of the first law of thermodynamics. The SI derived unit of energy, the joule, is named after James Joule.

“My object has been, first to discover correct principles and then to suggest their practical development.”
– James Prescott Joule, On Electro-magnetic forces (March 10, 1840), in Annals of Electricity, Vol. 4, p. 484.

James Prescott Joule was born in Salford,, near Manchester, UK, the son of the wealthy brewer Benjamin Joule (1784–1858) and his wife Alice Prescott. Because he had suffered from a spinal condition since childhood, which also affected his social skills, and he was considered vulnerable, Joule, who was gifted in science, received private lessons along with his brother Benjamin. Later he was educated by the famous scientist John Dalton.[4] Dalton taught the Joules twice a week. Joule was very experimental in his youth. For example, Joule lost his eyebrows in an experiment with explosives. He flew kites during thunderstorms or increased electric shocks on a maid until she passed out. In 1837, Joule set up a laboratory for himself in the brewery basement. Further, it is believed that Joule was influenced by chemist William Henry and the engineers Peter Ewart and Eaton Hodgkinson.

James Joule began to manage the brewery as an adult, next to his serious hobby, science. James Joule, together with his brother Benjamin, took over and operated the brewery in Salford, which had been founded a good 30 years before his birth by his grandfather Wiliam. While some authors assume that James Joule had little to do with the business operations of the brewery, others assume, on the contrary, that Joule was very interested in improving the technical-physical-chemical processes of his father’s brewery and cite his correspondence with William Thomson, 1st Baron Kelvin as evidence. According to this, the gas production during beer production was the starting point for further considerations, which ultimately led to the description of the Joule-Thomson effect. Due to the illness of his father and the withdrawal of his brother from the brewery business, James Joule had to deal with the technical and commercial side of beer production. The brewery was finally sold in 1855, in connection with the illness and death of his father, so that Joule could devote himself entirely to his scientific experiments.

In 1838, Joule began electromagnetic experiments based on the work of William Sturgeon. His goal was a more precise experimental investigation of what efficiency an electric motor can achieve. To this end, he experimented with different types of iron for electromagnets and their magnetic attraction. Another aspect was the quantitative study of the heat effects of the current, this heating of the conductor through which the current flows is called Joule’s heat. In 1840, he formulated the first Joule’s law, according to which heat is proportional to the product of the square of the current and the resistance of the circuit. Joule proved that the amount of heat generated by a battery is directly related to the amount of chemically reacted metal in the battery.  Joule’s conclusion of his efforts to create an efficient electric motor was sobering: the best achievable efficiency was only 20% of the value of the optimal coal-fired steam engines of his time, with the additional cost of battery power significantly higher than that of coal.

The experiments on the efficiency of the loaded electric motor led Joule to questions of thermodynamics. While the amount of heat generated by the electric current exactly matched the chemical “combustion” process in the battery, it could not explain the heat generated by a magneto. According to the theory of the indestructible heat substance (“caloricum”), since a chemical process was ruled out as an explanation, the material of the igniter would have to cool down, but it did not. Joule’s conclusion was that the heat produced must be equal to the work expended to operate the magneto (he used the term vis viva). Because of the equivalence of mechanical work and heat that he assumed, there must be a constant rate of conversion of mechanical energy and heat. 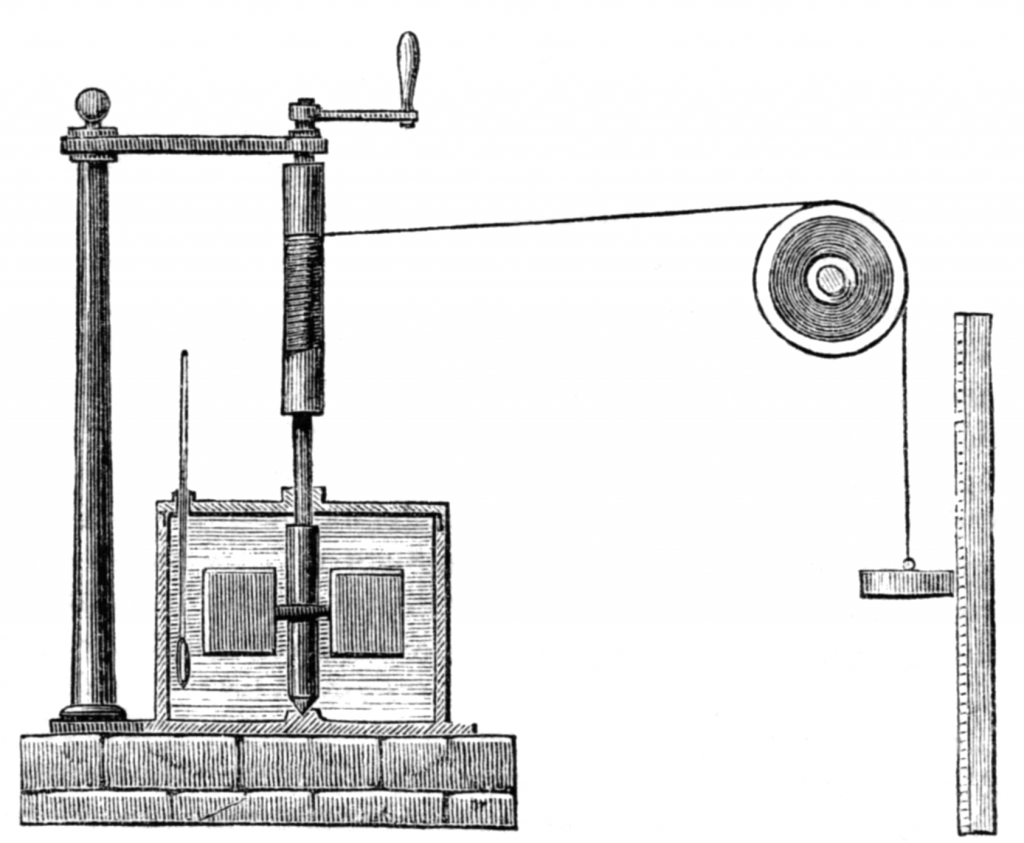 He determined this heat equivalent in numerous different experiments between 1843 and 1847, for example with compression of air or the friction between iron disks and liquids. The classical experiment named after him was carried out by him in 1843: A defined amount of mechanical energy was added to a thermally isolated quantity of water and the temperature increase was subsequently measured. The result of his research was that one British thermal unit, i.e., the thermal energy required to heat one British pound of water by one degree Fahrenheit, is equivalent to the weight of 772.55 pounds dropped from a height of one foot. In modern terms, this gives a numerical value of about 4.15 joules per calorie – in good agreement with today’s value of 4.1868.

After Joule proposed his kinetic theory of heat, he faced much scepticism. However, in Germany, Hermann Helmholtz became aware both of Joule’s work and the similar 1842 work of Julius Robert von Mayer. Though both men had been neglected since their respective publications, Helmholtz’s definitive 1847 declaration of the conservation of energy credited them both. Further, one of Joule’s presentations at the British Association in Oxford was attended by George Gabriel Stokes, Michael Faraday, and William Thomson,[6] later to become Lord Kelvin. The fact that Joule had no academic training in the sciences made him an outsider and significantly delayed recognition of his achievements.

It is believed that Thomson stayed sceptical, however, eventually a fruitful, though largely epistolary, collaboration between the two men evolved. From 1852, Joule worked with Thomson on experiments to confirm thermodynamic theories. In 1852, the two researchers showed that a gas that can expand undisturbed cools down. This Joule-Thomson effect was proof of the assumption that weak forces are at work between gas molecules. The theorem has applications in gas liquefaction and refrigeration. Joule also conceived the ideal hot air machine cycle (Joule process).

From 1872 on, Joule was plagued by health problems. When he ran into financial difficulties in later years, the British Queen Victoria granted him a pension of 200 pounds a year from 1878, at which time his mental powers dwindled. He died after a long illness at his home in Sale on October 11, 1889, and was buried in Brooklands Cemetery. On his tombstone is the numerical value 772.55 of the heat equivalent, the energy value found by James Joule in 1878 necessary to heat one pound of water by one degree.