You are here: Home › physics › Leon Foucault demonstrating the Effect of the Earth’s Rotation 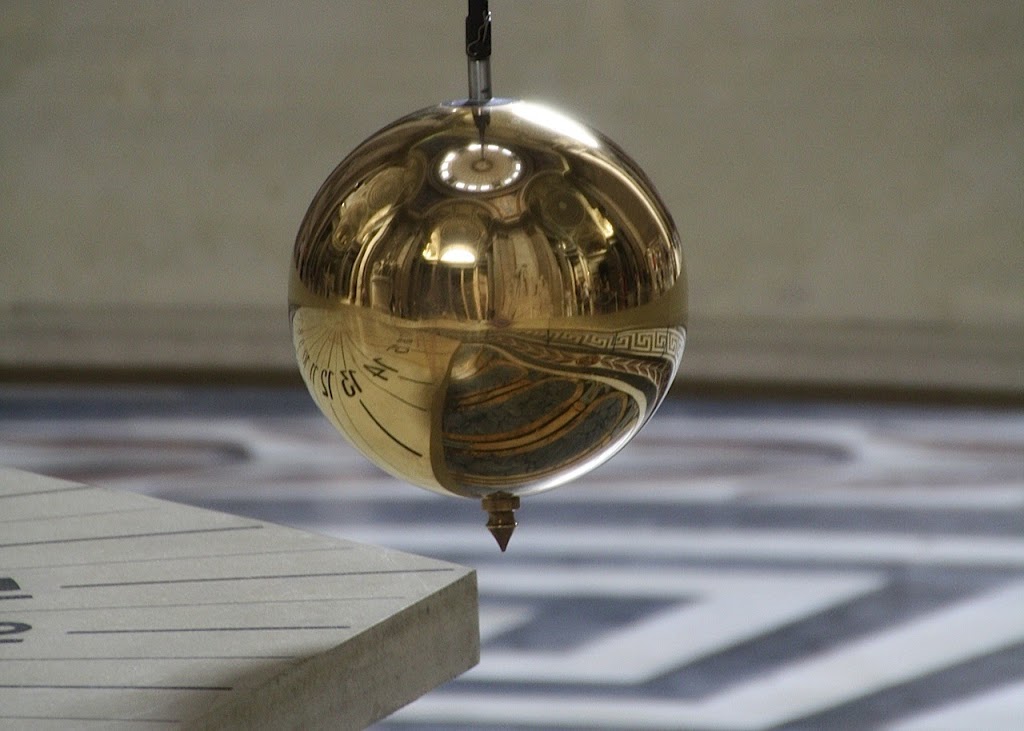 On January 3, 1851, French physicist Leon Foucault started to experiment with his eponymous pendulum, by which he was able to prove the earth‘s rotation. Actually, how can you prove that the earth is a rotating orb in an easy-to-see experiment and – of course – without spaceflight? By today, Foucault’s simple device is part of numerous natural science museums around the world.

Ok, how does Foucault’s pendulum work? The apparatus consists of a tall pendulum free to swing in any vertical plane. The actual plane of swing appears to rotate relative to the Earth. There are only two places on earth, where the plane of oscillation of the pendulum remains fixed: at either the North Pole or South Pole. ‘Fixed’ means fixed relative to the distant masses of the universe while Earth rotates underneath it. Thus, it takes one sidereal day to complete a rotation. So, relative to Earth, the plane of oscillation of a pendulum at the North Pole undergoes a full clockwise rotation during one day; a pendulum at the South Pole rotates counterclockwise.

Leon Foucault was born on September 18, 1819 as the son of a publisher in Paris, France. After an education received chiefly at home, because he had been advised to leave school at Collège Stanislas for lack of diligence and conduct, he studied medicine, which he abandoned in favour of physics due to a fear of blood. Without a university degree, he devoted himself to physics and acquired comprehensive knowledge and skills through self-education. He first directed his attention to the improvement of the photographic processes of of Louis Daguerre.[6] In the 1840s he contributed the description of an electromagnetic regulator for the electric arc lamp to the scientific journal Comptes rendus de l’Académie des sciences and, together with Henri Victor Regnault, published a paper on binocular vision. 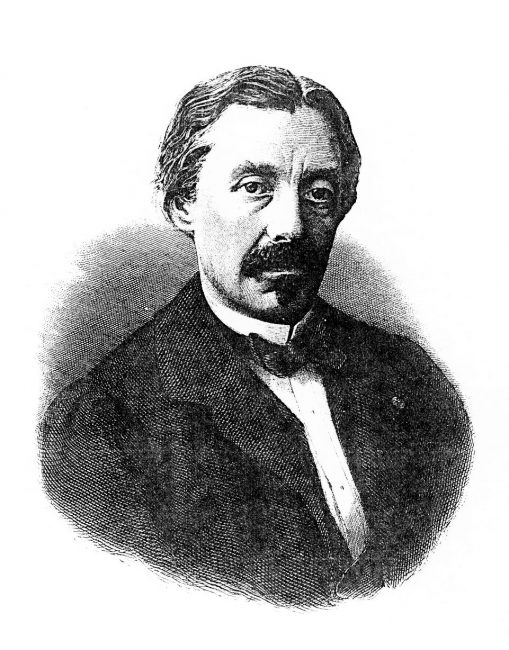 Together with Hippolyte Fizeau he carried out a series of investigations on different characteristics of light [1]. In 1850, he was able to measure the speed of light in the course of the so-called Foucault–Fizeau experiment, which is considered as final counterargument of Newton’s corpuscle theory of light when it showed that light travels more slowly through water than through air. In optics, the Foucault cutting method he developed is still used today to inspect optical surfaces or entire optical systems. Foucault also investigated eddy currents in metals, for which he was awarded the Copley Medal in 1855. He developed a powerful mirror telescope and, based on Johann Gottlieb Friedrich von Bohnenberger‘s Gyroscope of 1810, the gyro compass in 1851-1852.

Experiments with the Pendulum

On 3 January 1851, Foucault carried out an experiment in the cellar of his house, in which he had a two-metre-long pendulum swing just above the ground and accurately marked his path. He observed that the plane of oscillation of the pendulum rotated slowly. Gravity, which acts only vertically, could not cause this rotation, and no other external force affected the pendulum. So it was not the pendulum, but the ground (the earth) that changed direction. Strictly speaking, the pendulum describes a narrow rosette orbit (see adjacent figure), with which the plane of oscillation of the pendulum rotates slowly in relation to the ground.

The same year the very first public exhibition of a Foucault pendulum took place in the Meridian of the Paris Observatory. A few weeks later Foucault was able to display his most famous pendulum at the Paros Pantheon, when he suspended a 28 kg brass-coated lead bob with a 67 meter long wire from its dome. The plane of the pendulum’s swing rotated clockwise 11° per hour, making a full circle in 32.7 hours. The original bob used in 1851 at the Panthéon was moved in 1855 to the Conservatoire des Arts et Métiers in Paris. The experiment caused a sensation in both the learned and popular worlds. In the following year he used (and named) the gyroscope as a conceptually simpler experimental proof. However, similar observations were already made around 1661 by the Italian physicist Vincenzo Viviani, who, however, did not yet associate them with the Earth’s rotation.

Explanation of the Effect

With a pendulum at the North or South Pole, the plane of oscillation would show a full rotation per star Sunday (23 hours, 56 minutes, 4.091 seconds). This is due to the fact that at these points the earth simply rotates away under the pendulum while it maintains its plane of vibration unchanged (apart from the orbit around the sun). The observed rotation takes place contrary to the sense of the earth’s rotation, i. e. on the North Pole around “right” (i. e. clockwise), on the South Pole “left”. At the equator, however, the oscillation plane of the pendulum does not rotate at all in relation to the ground. The closer you get to the poles, the stronger the rotation. The physical interpretation is that in relation to an earth-solid coordinate system – i. e. seen from the natural position of the human being – a Coriolis force acts on the pendulum body at right angles to its direction of movement, which causes a deviation to the right in the northern hemisphere and a deviation to the left in the southern hemisphere; only at the equator the distracting force is absent, because here the Coriolis force has no component parallel to the earth’s surface.

In 1843, Foucault introduced a typewriter for the blind which was followed in 1855 by an advanced model for which Henry Mill had already obtained a patent in 1714. In 1857 Foucault invented the polarizer which bears his name, and in the succeeding year devised a method of testing the mirror of a reflecting telescope to determine its shape. The so-called “Foucault knife-edge test” allows the worker to tell if the mirror is perfectly spherical or has non-spherical deviation in its figure. Prior to Foucault’s publication of his findings, the testing of reflecting telescope mirrors was a “hit or miss” proposition. In 1862 he published various results of his multi-year investigations. He was admitted to the French Academy of Sciences in 1865. He became a member of the Royal Society of London in 1864, and member of the mechanical section of the Institute a year later.

At the age of 48, Foucault suffered from a serious illness of which he first felt numbness in his hands in October 1867. It progressed rapidly until he died, almost blind and dumb, on 11 February 1868 in Paris. The exact cause of death is unclear, although a rapidly progressing case of multiple sclerosis, a stroke or even after-effects of his many years of experimentation with chemicals, especially mercury, is assumed.

Foucault’s pendulum also has prominent literary references, as e.g. in Umberto Eco‘s eponymous novel, often also cited as ‘The thinking man’s DaVinci Code‘, in which the ‘mother of all conspiracy theories’ culminates in an arcane ritual carried out unter the pendulum.[5]