You are here: Home › geology › Alfred Wegener and the Continental Drift 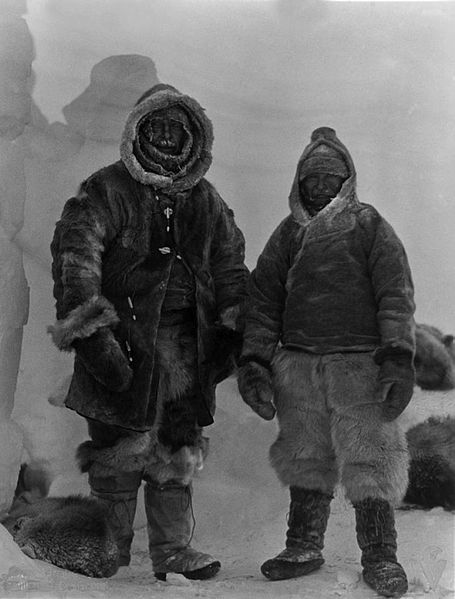 On January 06, 1912, German geologist Alfred Wegener presented his theory of continental drift for the first time in public at a meeting of the Geological Society (‘Geologische Vereinigung’) at Senckenberg Museum in Frankfurt, Germany.

“In the whole of geophysics there is probably hardly another law of such clarity and reliability as this—that there are two preferential levels for the world’s surface which occur in alternation side by side and are represented by the continents and the ocean floors, respectively. It is therefore very surprising that scarcely anyone has tried to explain this law.”
— Alfred L. Wegener, in The Origins of Continents and Oceans (4th ed. 1929)

Alfred Wegener was born in Berlin, Germany, as the youngest of five children to his father, Richard Wegener, a theologian and teacher of classical languages at the Berlinisches Gymnasium zum Grauen Kloster. In 1886 his family purchased a former manor house near Rheinsberg, which they used as a vacation home. The young Alfred Wegener’s interest in nature evolved during the time he spent with his family in Rheinsberg where they kept a summer house. He was enabled an adequate education and studied physics, meteorology, and astronomy in Berlin, Heidelberg, and Innsbruck before writing his dissertation in Berlin in astronomy. From 1902 to 1903 during his studies he was an assistant at the Urania astronomical observatory. He obtained a doctorate in astronomy in 1905 based on a dissertation written under the supervision of Julius Bauschinger at Friedrich Wilhelms University, Berlin. Wegener had always maintained a strong interest in the developing fields of meteorology and climatology and his studies afterwards focused on these disciplines. After these achievements, he gained his interest in meteorology and physics.

In 1905 Wegener became an assistant at the Aeronautisches Observatorium Lindenberg near Beeskow. He worked there with his brother Kurt Wegener, two years his senior, who was likewise a scientist with an interest in meteorology and polar research. The two pioneered the use of weather balloons to track air masses. On a balloon ascent undertaken to carry out meteorological investigations and to test a celestial navigation method using a particular type of quadrant (“Libellenquadrant”), the Wegener brothers set a new record for a continuous balloon flight, remaining aloft 52.5 hours from April 5–7, 1906. 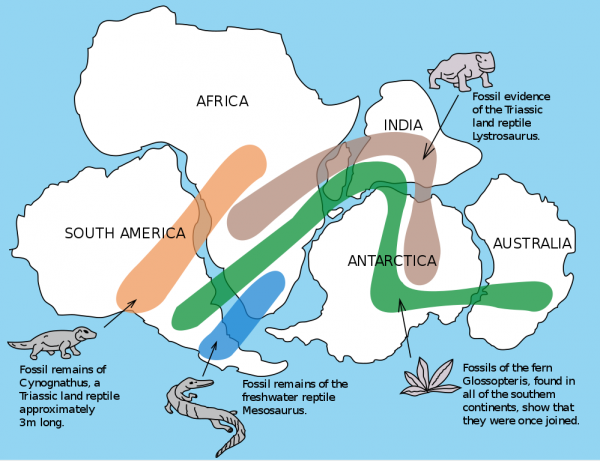 The first expedition, Alfred Wegener took part in was Greenland, led by the Danish researcher Ludvig Mylius-Erichsen, in 1906. Their goal was to explore the last unknown parts of Greenland’s northern coast, but unfortunately, Mylius-Erichsen died during the expedition along with two further team members. Wegener was able to construct the first meteorological station near Danmarkshavn, now able to measure the arctic climate. After the expedition, Wegener used his new material for books and lectures he was widely admired for, due to his ability to deliver complex research results comprehensible and exact. It was also in this period, when Wegener openly began talking about his theory of continental drift.

In the early 1910’s, Wegener left for another expedition to Greenland, achieving major scientific results concerning meteorology and geology. On 6 January 1912 he publicized his first thoughts about continental drift in a lecture at a session of the Geologischen Vereinigung at the Senckenberg-Museum, Frankfurt am Main and in three articles in the journal Petermanns Geographische Mitteilungen. Alfred Wegener first thought of this idea by noticing that the different large landmasses of the Earth almost fit together like a jigsaw puzzle. The Continental shelf of the Americas fit closely to Africa and Europe, and Antarctica, Australia, India and Madagascar fitted next to the tip of Southern Africa. He analyzed both sides of the Atlantic Ocean for rock type, geological structures and fossils. He noticed that there was a significant similarity between matching sides of the continents, especially in fossil plants.

After returning from his Greenland expedition, Wegener had to take part in World War I, but was still highly motivated to bring forward his documentation on the continental drift theory through his work ‘Die Entstehung der Kontinente und Ozeane‘ (“The Origin of Continents and Oceans”, 1915). However, due to the happenings during the war, only few people gained much interest in Wegener’s major work and his many publications in this field of study.

It was in the 1920’s, when his continental drift theory found some interested researchers, but what they had to contribute was not quite, what Wegener wished to hear. At first he heard much criticism from German fellow scientists and later internationally. Until then, the occurrences of certain fossiles on various continents was explained with the famous land-bridge hypothesis. It meant that former individuals moved on these isthmuses from one continent to another, contrary to the Wegener’s theory. But fortunately Wegener was after years of hard work almost completely able to prove his theory though many observations. He explained the similarity of India’s, Madagascar’s, and East-Africa’s rock formation and how the precambrian rocks of Scotland resembled the one’s at Labrador across the Atlantic Ocean. His evidences went on in the field of paleontology and climate-observations.

While Wegener’s theories remained controversial throughout his lifetime, various scientists continued their interest in the field and a few, for instance the geophysicists Maurice Ewing and  Edward C. Bullard or the American geologist Harry Hess openly defended Alfred Wegener’s statements. In Germany the rejection by the then leading geologists Hans Stille and Hans Cloos was particularly decisive.[6] While Stille remained a decisive opponent of Wegener’s “mobilism” until his death in 1966, Cloos was at least impressed by Wegener’s personality and supported him to the best of his ability in the processing of geological literature. A few years later, the scientific knowledge concerning satellite geodesy grew and through the new research field, his theory could be finally and completely proven.

Since Wegener was always sure of the solidity of his theory, he accepted even the sometimes very unobjective criticism with the same astonishing composure that had distinguished him on his Greenland expeditions. He also saw through the motives of his critics:

“The people who quite rightly insist on standing on the ground of the facts and want absolutely nothing to do with hypotheses, are themselves sitting in it with a false hypothesis […]. If they had already learned the theory of displacement at school, they would represent it with the same lack of understanding in all its details, including the incorrect details, throughout their lives, as the sinking of continents does now.”

In addition, Wegener conducted research primarily in the field of meteorology and was particularly concerned with the physics of the atmosphere. He was the first to introduce the concept of turbulence into meteorology and developed the concept of the stratified atmosphere. He was also the first to correctly describe the principle of the mirage as a light reflection at the boundary between two differently dense layers of air and investigated the formation of clouds and tornadoes as well as the composition of the air in higher atmospheric layers. In the course of his forth and last Greenland expedition, on his way back from the research station Eismitte (essentially a cave dug into the ice), which he was supplying with additional food, Wegener probably died around November 16, 1930. On May 12, 1931, Wegener’s carefully constructed grave was found in the ice. The cause of death was presumed to be heart failure due to overexertion. His Greenlandic companion Rasmus Villumsen, who had buried him, remained missing, and with him Wegener’s diary.

As early as 1934, in the seventh chapter of his horror tale Mountains of Madness, the writer H. P. Lovecraft mentioned Wegener’s drift hypothesis, which at that time was still generally rejected and little considered: „Later maps [of the Old Ones], which display the land mass as cracking and drifting, and sending certain detached parts northward, uphold in a striking way the theories of continental drift lately advanced by Taylor, Wegener and Joly.“ [7,8]