You are here: Home › mathematics › Eudoxus and the Method of Exhaustion 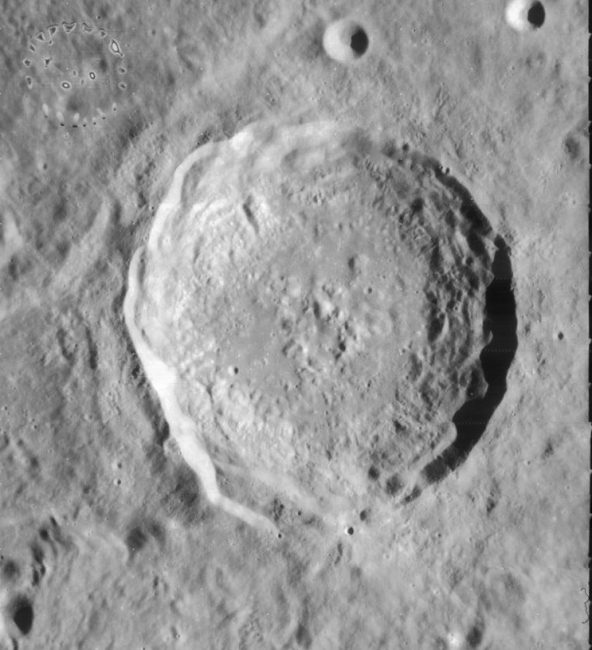 Crater Eudoxus on the Moon

Eudoxus of Cnidus was a Greek astronomer, mathematician, scholar and student of Plato. All of his works are lost or have survived as fragments in the texts of other classical writers. He is best known for having developed the method of exhaustion, a precursor to the integral calculus.

“Willingly would I burn to death like Phaeton, were this the price for reaching the sun and learning its shape, its size, and its substance.”
.. Eudoxos of Cnidus

The Life of Eudoxus of Cnidus

Eudoxus of Cnidus was born around 408 BC as the son of Aischines of Cnidus. His name Eudoxus means “honored” or “of good repute”. It is analogous to the Latin name Benedictus. As to his teachers, we know according to the 3rd-century CE historian Diogenes Laërtius that Eudoxus travelled to Tarentum, Italy, where he studied with Archytas who was a follower of Pythagoras,[4] from whom he learned mathematics. Eudoxus also visited Sicily, where he studied medicine with Philiston, before making his first visit to Athens in the company of the physician Theomedon in about 387 BC. Eudoxus spent two months in Athens on this visit and he certainly attended lectures on philosophy by Plato and other philosophers at the Academy which had only been established a short time before.[1] Eudoxus was quite poor and could only afford an apartment at the Piraeus. To attend Plato’s lectures, he walked the seven miles each direction, each day.

Due to his poverty, his friends raised funds sufficient to send him to Heliopolis, Egypt to pursue his study of astronomy and mathematics. He lived there for 16 months. From Egypt, he then traveled north to Cyzicus, located on the south shore of the Sea of Marmara, the Propontis. He traveled south to the court of Mausolus. During his travels he gathered many students of his own. After a brief interlude in Athens, he eventually returned to his native Cnidus, where he served in the city assembly. However he continued his scholarly work, writing books and lecturing on theology, astronomy and meteorology. He had built an observatory on Cnidus and we know that from there he observed the star Canopus. The observations made at his observatory in Cnidus, as well as those made at the observatory near Heliopolis, formed the basis of two books referred to by Hipparchus. These works were the Mirror and the Phaenomena which are thought by some scholars to be revisions of the same work. Hipparchus tells us that the works concerned the rising and setting of the constellations but unfortunately these books, as all the works of Eudoxus, have been lost.

The Movement of the Planets

In mathematical astronomy, his fame is due to the introduction of the astronomical globe, and his early contributions to understanding the movement of the planets. According to Eudoxus‘ model, the spherical earth is at rest at the center. Around this center, 27 concentric spheres rotate. The exterior sphere caries the fixed stars, the others account for the sun, moon, and five planets. Each planet requires four spheres, the sun and moon, three each. Eudoxus is considered by some to be the greatest of classical Greek mathematicians, and in all antiquity, second only to Archimedes.[5] His work on proportions shows tremendous insight into numbers Richard Dedekind,[6] who himself emphasised that his work was inspired by the ideas of Eudoxus.

The Method of Exhaustion

Another remarkable contribution to mathematics made by Eudoxus was his early work on integration using his method of exhaustion. This work developed directly out of his work on the theory of proportion since he was now able to compare irrational numbers. It was also based on earlier ideas of approximating the area of a circle by Antiphon where Antiphon took inscribed regular polygons with increasing numbers of sides. According to Eratosthenes of Cyrene, Eudoxus also contributed a solution to the problem of doubling the cube—that is, the construction of a cube with twice the volume of a given cube. Aristotle preserved Eudoxus’s views on metaphysics and ethics. Unlike Plato, Eudoxus held that forms are in perceptible things. He also defined the good as what all things aim for, which he identified with pleasure.

Although Eudoxus made his most significant achievements in the field of geometry, not a single title of a relevant work has survived. His mathematical discoveries are therefore known only from writings of other authors. Eudoxus’ students included the physician Chrysippus, who accompanied him to Egypt, the mathematicians Menaichmus and Deinostratus, and the astronomer Polemarchus of Cyzicus. There is an account by Aristotle of two statements by Eudoxus on philosophical questions. One concerns the doctrine of ideas, the other the doctrine of the good. In both questions, Eudoxus holds a view that fundamentally contradicts that of Plato. The problem was the question how the participation of the single things in the ideas comes about. Eudoxus thought he could solve it with a doctrine of mixture; the ideas were mixed with the perceptible objects. Aristotle compares this with the admixture of a color to the colored by it. It is uncertain whether this comparison goes back to Eudoxus. How Eudoxus conceived of mixture is unclear; apparently he started from a natural philosophical notion of mixture common among the Presocratics and, unlike Plato, assumed a local presence of ideas in things. In contrast to Aristotle, he at the same time wanted to adhere to Plato’s doctrine of an existence of ideas separate from things. This earned him the reproach of contradictoriness. The traditional counter-argumentation is that he materialized the ideas and included them in the transitoriness of the material world and that they thereby lost their simplicity and immutability. Thereby they would lose their specific ontological status, thus they would no longer be ideas in the sense of the Platonic doctrine of ideas.