You are here: Home › engineering › Archimedes lifted the world off its Hinges 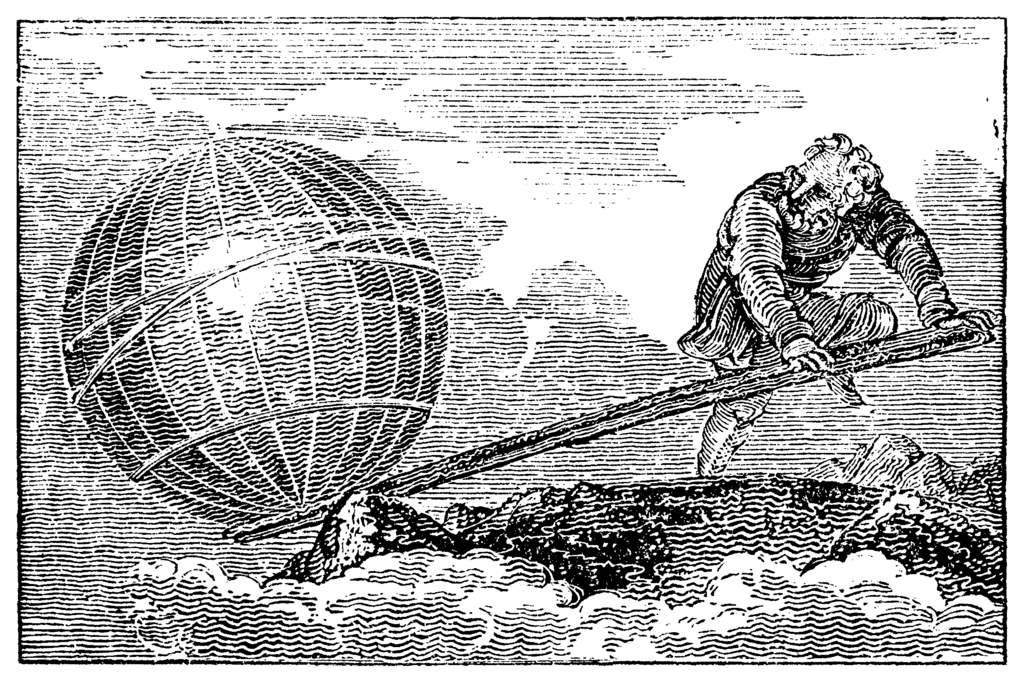 Illustration to Archimedes remark “Give me a place to stand on, and I will move the earth”, Engraving from Mechanic’s Magazine, 1824)

Without knowing his exact date of birth or even death, we focus today on one of the leading scientists in classical antiquity: the ancient Greek mathematician, physicist, engineer, inventor, and astronomer Archimedes of Syracuse, who was born around 287 BC and died at about 212 BC. Only a few details of his life are known, but he is considered the greatest mathematician of antiquity and one of the greatest of all time. Archimedes anticipated modern calculus and analysis by applying concepts of infinitesimals and the method of exhaustion. He was also one of the first to apply mathematics to physical phenomena, founding hydrostatics and statics, including an explanation of the principle of the lever.

Archimedes was born in the seaport city of Syracuse, Sicily, at that time a self-governing colony in Magna Graecia, located along the coast of Southern Italy. The Greek historian Plutarch wrote in his Parallel Lives that Archimedes was related to King Hiero II, the ruler of Syracuse. Although we know that a biography of Archimedes was written by his friend Heracleides, this work has been lost, leaving the details of his life obscure. It is reported by some authors that he visited Egypt and there invented a device now known as Archimedes‘ screw. This is a pump, still used in many parts of the world. It is highly likely that, when he was a young man, Archimedes studied with the successors of Euclid in Alexandria.[1,4]

We know more about the circumstances of his death in about 212 BC during the Second Punic War, when Roman forces under General Marcus Claudius Marcellus captured the city of Syracuse after a two-year-long siege. Actually, Archimedes had played an important role in the defense of Syracuse against the Roman siege by constructing war machines so effective that they long delayed the capture of the city. According to the popular account given by Plutarch, Archimedes was contemplating a mathematical diagram when the city was captured. A Roman soldier commanded him to come and meet General Marcellus but he declined, saying that he had to finish working on the problem. Noli perturbare circulos meos (the Latin version of ‘Don’t disturb my circles‘) are referred to be his famous reply. The soldier was enraged by this, and killed Archimedes with his sword. Plutarch also gives a lesser-known account of the death of Archimedes which suggests that he may have been killed while attempting to surrender to a Roman soldier. According to this story, Archimedes was carrying mathematical instruments, and was killed because the soldier thought that they were valuable items. General Marcellus was reportedly angered by the death of Archimedes, as he considered him a valuable scientific asset and had ordered that he not be harmed. 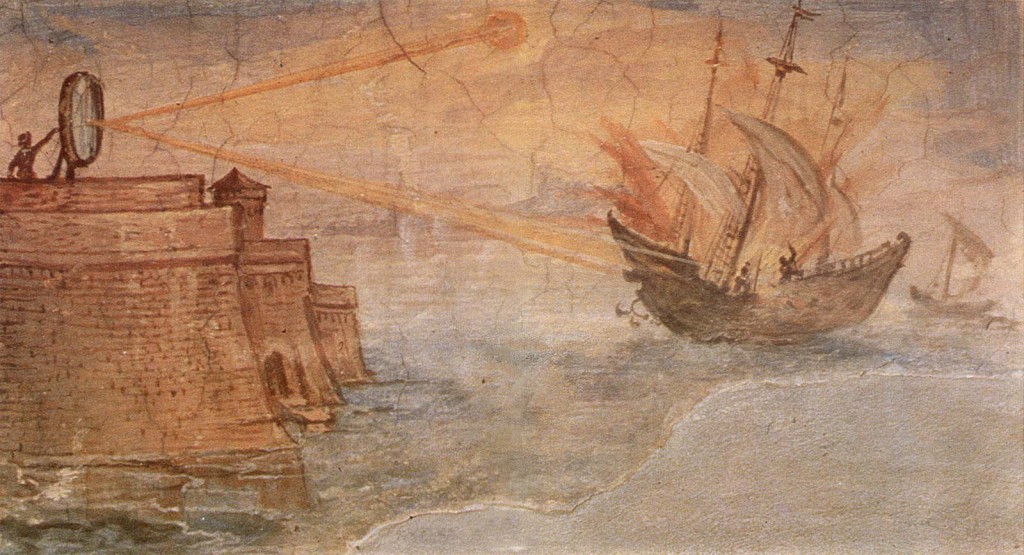 A Life in Anecdotes

Far more details survive about the life of Archimedes than about any other ancient scientist, but they are largely anecdotal, reflecting the impression that his mechanical genius made on the popular imagination.[3] The achievements of Archimedes are quite outstanding. He is considered by most historians of mathematics as one of the greatest mathematicians of all time. He perfected a method of integration which allowed him to find areas, volumes and surface areas of many bodies. Archimedes also gave an accurate approximation to π and showed that he could approximate square roots accurately. He invented a system for expressing large numbers. In mechanics Archimedes discovered fundamental theorems concerning the centre of gravity of plane figures and solids. His most famous theorem gives the weight of a body immersed in a liquid, called Archimedes’ principle. However the story that has him leaping from the bath in which he supposedly got the idea and running naked through the streets shouting ‘Heurēka!’ (I have found it!) is popular embellishment.

Through proof by contradiction (reductio ad absurdum), Archimedes was able to give answers to problems to an arbitrary degree of accuracy, while specifying the limits within which the answer lay. This ‘method of exhaustion‘ was employed successfully by Archimedes to approximate the value of π. In his On the Sphere and Cylinder, Archimedes postulates that any magnitude when added to itself enough times will exceed any given magnitude. This is the Archimedean property of real numbers. In the same book, he showed that the surface area of any sphere of radius r is four times that of its greatest circle (in modern notation, S = 4πr2) and that the volume of a sphere is two-thirds that of the cylinder in which it is inscribed. Archimedes was proud enough of the latter discovery to leave instructions for his tomb to be marked with a sphere inscribed in a cylinder. When Roman politician and rhetoric Marcus Tullius Cicero came to Sicily during his office time as questor in 75 BC, he found the tomb overgrown with vegetation, a century and a half after Archimedes’ death.[3,5] In his remarkable book The Sandreckoner Archimedes proposed a number system capable of expressing numbers up to 8 × 1063 in modern notation. He argues in this work that this number is large enough to count the number of grains of sand which could be fitted into the universe.

According to Cicero (De re publica), Marcellus brought back to Rome two mechanical planetariums developed by Archimedes. According to Cicero, similar devices had already been built by Eudoxos of Knidos and Thales of Miletus – archaeological evidence of such instruments was later found in the Antikythera Mechanism. Possibly the lost writing of Archimedes On the Making of Spheres, mentioned by Pappos, is about the construction of planetariums. Leonardo da Vinci and Petrarch (who referred to a Cicero manuscript) credited Archimedes with the invention of a steam cannon. Leonardo also made reconstruction sketches for the machine he called Architronito.[9]

…but no Written Works

According to Plutarch, Archimedes had so low an opinion of the kind of practical invention at which he excelled and to which he owed his contemporary fame that he left no written work on such subjects. While it is true that – apart from a dubious reference to a treatise On Sphere-Making  – all of his known works were of a theoretical character, his interest in mechanics nevertheless deeply influenced his mathematical thinking.