You are here: Home › archeology › Ernst Curtius and the Excavation of Olympia 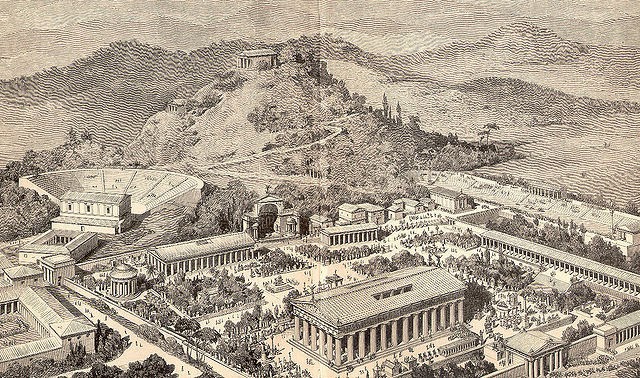 On September 2, 1814, German archaeologist and historian Ernst Curtius was born, who directed the excavation of Olympia from 1875–1881, the most opulent and sacred religious shrine of ancient Greece and site of the original Olympic Games.

“It is the relationship to the Eternal that gives us strength and endurance and self-denial; it teaches us in science to distinguish the essential from the unessential; it makes knowledge a virtue and research a service to God. True science can be understood only in the sphere of the infinite.”
– Ernst Curtius (1814 – 1896)

Ernst Curtius was born in Lübeck, Germany, and entered the University of Bonn in the 1830s. Curtius was the son of the syndic of the city of Lübeck Carl Georg Curtius (1771-1857) and his wife Dorothea Plessing. Already in this early period, it is assumed, that Curtius discovered his interest in the Greek culture and he was acquainted with Friedrich Gottlieb Welcker, who highly influenced the young student and taught him in classical studies.After graduating from high school at Easter 1833, Curtius began studying philosophy in Bonn with Friedrich Gottlieb Welcker (classical antiquity studies) and with Christian August Brandis. In autumn 1834 Curtius moved to Göttingen to study with Karl Otfried Müller. With his overall view of the cultural history of classical antiquity, Müller became a trend-setter for Curtius.

The teacher was known to be enthusiastic about the field of archeology in combination with art. To complete his studies, Curtius moved to Berlin in autumn 1835 to work with August Böckh at the University of Berlin, but he was highly disappointed from the city, the people, and especially the museums. He described Berliners as unreliable and spoiled, and the museums as poorly equipped. However, he continued his archaeological studies and increased his interests in ancient vases [1,2]. 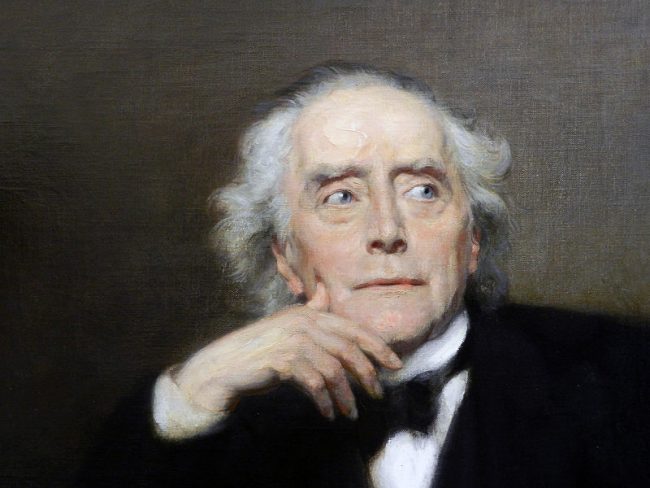 In 1837 Curtius was hired by his teacher Brandis to Athens. Curtius earned his living there as a tutor for the children of Brandis, including Dietrich Brandis. It is known that Curtius put great efforts in learning the language and enjoyed the high culture even though he had only little time for archaeological studies in the first year. From there Curtius undertook several journeys through Greece and Italy with the geographer Carl Ritter. In 1838 he met up again with Emanuel Geibel, who was also travelling Greece at the time. Together with Geibel, he tried his hand at re-enacting poems by various classical Greek writers. With his teacher Müller he travelled once again to the Peloponnese, and when Müller died on this journey, he brought him to Athens and buried him there at the Colonos.

At the turn of the year 1840/41 Curtius returned to Berlin and in December 1841 he received his doctorate under Moritz Hermann Eduard Meier in Halle with the dissertation Commentatio de portubus Athenarum. After a trial period at the French and Joachimsthal grammar schools, Curtius habilitated with Anecdota Delphica on inscriptions from Delphi (he began this work with Karl Otfried Müller). In autumn 1844, Curtius was appointed Praeceptor (tutor) of Prince Frederick William, the later Emperor Frederick III; at the same time he advanced to become an extraordinary professor of the University of Berlin. His now famous talk on Olympia took place in 1852 in Berlin and he initiated the first excavations in the area. Between 1855 and 1867 Curtius was a professor at the Georg-August-Universität Göttingen. When Eduard Gerhard died in Berlin in 1867, Curtius was entrusted with a professorship in archaeology as his successor. At the same time, he managed the Antiquarium in the Altes Museum. In 1871 he became secretary of the philosophical-historical class of the Academy, which he remained until 1893.

Olympia and the Temple of Hera

In 1875, the excavations at Olympia started and were directed by Ernst Curtius. Already in December of the same year, the first statues were exposed. Soon, the famous Heraion, or also known as the Temple of Hera was located. The Temple of Hera was destroyed by an earthquake in the early 4th century AD and never rebuilt. In modern times, the temple is the location where the torch of the Olympic flame is lit, by focusing the rays of the sun. Hermes of Praxiteles and many other statues were found. For his outstanding achievements, Cutius was asked to join the Prussian order Pour le Mérite for Science and Art.