You are here: Home › biology › Sergei Winogradsky and the Science of Bacteriology 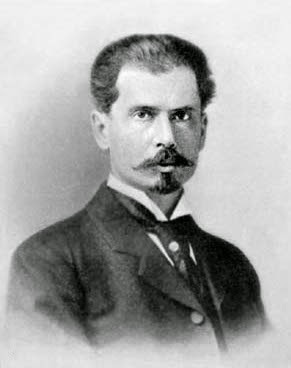 On September 1, 1856, Ukrainian microbiologist, ecologist and soil scientist Sergei Nikolaievich Winogradsky was born, who pioneered the cycle of life concept. He helped to establish bacteriology as a major biological science.

Sergei Winogradsky was born in Kiev, which belonged to the Russian Empire, into a family of a wealthy lawyer. The young man finished his secondary education with the gold medal and entered the Imperial Conservatoire of Music in St Petersburg in 1875 to study piano. However, he decided to study chemistry and botany about two years later and was admitted to the University of Saint Petersburg, where he studied under Nikolai Menshchutkin and Andrei Sergeevich Famintzin. After his graduation in 1881 he devoted himself to microbiology and in 1885 went to Strasbourg to study with Anton de Bari. In 1887-1888, working in the laboratory of Anton de Bari, for the first time showed the possibility of obtaining energy by oxidation of hydrogen sulfide and its use for the assimilation of carbon dioxide, thus opening chemosynthesis (organisms that carry out this process, he called anorgoxidants). Before that, the only autotrophic organisms were considered to be photosynthesizing plants, so these works ensured worldwide recognition of Winogradsky. He developed a method of culturing Beggiatoa by imitating its natural environment on glass slides and silica gel and he observed that the cells were rods and not, as it was previously assumed, pleomorphic [1].

After Anton de Bari’s death in 1888, Vinogradsky continued his work at the Institute of Hygiene at the University of Zurich. There he confirmed Warrington’s observation that the nitrification process was in two stages and isolated cultures of nitrifying bacteria, identifying the genera Nitrosomonas and Nitrosococcus, which oxidizes ammonium to nitrite, and Nitrobacter, which oxidizes nitrite to nitrate. Developing the ideas of chemosynthesis, he proved that carbon for the structure of the cellular substance can only be obtained by fixing carbon dioxide. Winogradsky’s interest in nitrification continued throughout his career and he isolated several genera of nitrifying bacteria. The type species for the genus Nitrobacter, N. winogradskyi was named after the scientist. In 1894 he became a corresponding member of the Imperial Saint-Petersburg Academy of Sciences, and in 1895 he isolated the first nitrogen-fixing bacteria Clostridium pasteurianum. Years later, Winogradsky’s daughter Helen worked on nitrogen-oxidizing bacteria at the Pasteur Institute. She isolated and described the new genera Nitrosogloea and Nitrosocystis. In 1933, she coauthored a paper with her father on Nitrosospira [1,2]. 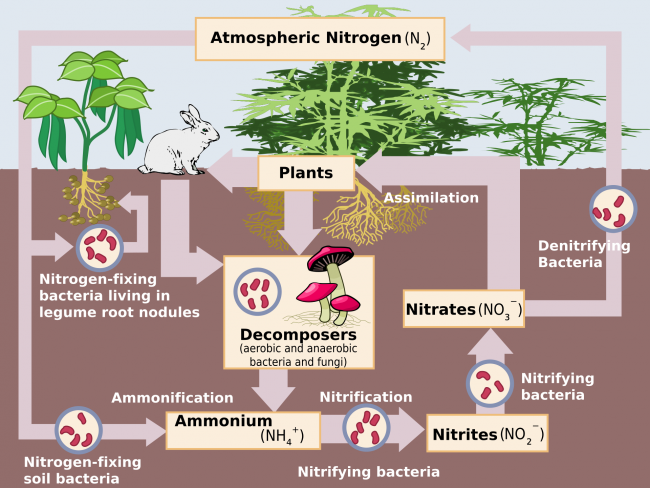 Despite numerous offers to stay in Zurich or move to Paris, in 1899 Winogradsky returned to St. Petersburg, where he worked at the Institute of Experimental Medicine. Shortly after he was appointed director of the Institute of Experimental Medicine and editor of the journal, Archives of Science. There he was engaged in the study of dangerous infections, in particular plague. His assistant was D.K. Zabolotny, who later became the founder of the national epidemiology. In this period, he also identified the obligate anaerobe Clostridium pasteurianum, which is capable of fixing atmospheric nitrogen and he was elected honorary member of the Moscow Society of Naturalists. Winogradsky retired from his post in 1905 for health reasons and moved from raw St. Petersburg to Gorodok, Kamenets-Podolsk Province, where he addressed the problems of agriculture and soil science.

After the 1917 revolution, he left first for Switzerland and then for Belgrade, where he wrote the book “Iron Bacteria as Antioxidants“. In 1922, at the suggestion of Emile Roux, the director of the Pasteur Institute, he established the Department of Agricultural Biology at the Institute (another translation: Agrobacteriology) in Bri-Comte-Rober near Paris, which he headed until his death.He retired from his active work life in 1940. Studying soil microbial community S.N. Winogradsky divided all microorganisms living in it into autochthonous (typical, always occurring) and allochthonous (winter-humidogenous) (whose development is associated with an increase in the concentration of organic matter). This division has proven to be applicable to most ecosystems. In 1952 Vinogradsky devoted his last scientific work to the systematics of bacteria. He died on February 25, 1953 in Brie-Comte-Robert, France, at age 96.