You are here: Home › architecture › Louis Henry Sullivan – the ‘Father’ of the Skyscaper 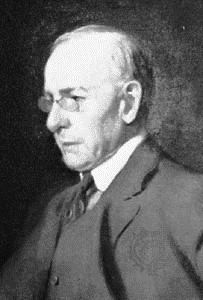 On September 3, 1856, American architect Louis Henry Sullivan was born. Sullivan is identified with the aesthetics and innovation of early skyscraper design. He is also often referred to as  the “Father of Modernism”.

“No complete architecture has yet appeared in the history of the world because men, in this form of art alone, have obstinately sought to express themselves solely in terms either of the head or of the heart.”
– Louis H. Sullivan, Emotional Architecture as Compared to Intellectual (1894)

Sullivan was born to a Swiss-born mother, née Andrienne List and an Irish-born father, Patrick Sullivan. Both had immigrated to the United States in the late 1840s. Sullivan moved to Paris in 1873 after dropping out of his studies at MIT and stopping over in New York, Philadelphia, to continue his studies at the École des Beaux-Arts. At the same time he worked in the Paris studio of Émile Vaudremer, a follower of Viollet-le-Duc, a pioneer of the Form-Follows-Function movement. After a short time, however, Sullivan traveled on to Italy, where he completed his studies at the age of 19. He returned to America and worked in the Chicago office of William Le Baron Jenney, who is said to be one of the fathers of the skyscraper. The subsequent collaboration with Dankmar Adler, an engineer of German origin, led to the joint Sullivan & Adler office in 1881, which was a defining feature of the so-called Chicago School. Frank Lloyd Wright [2] also worked in this office for five years. The Sullivan buildings constructed in the almost 20 years up to the turn of the century gained fame and wrote architectural history. At first, their reputation as theater architects increased nation wide. Especially the Auditorium Building in Chicago caused the partners quite some fame. It consisted of a large theater, a hotel, and an office building with a 17-story tower including commercial storefronts at the ground level of the building fronting Congress and Wabash Avenues. This period was probably one of Sullivan’s most productive. The business partners became widely known for their outstanding office buildings like the Wainwright Building in St. Louis and the Chicago Stock Exchange Building. 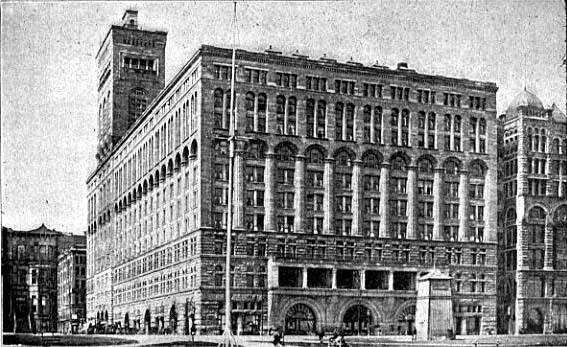 Skyscrapers and the Chicago School

The limits of engineering considering tall buildings in the early 19th century depended on the strength of the walls, until cheap, versatile steel was developed. It became quickly possible to create tall, slender buildings with a strong and relatively lightweight steel skeleton. The new steel weight-bearing frame also enabled the architects to include larger windows causing more daylight to actually reach the interior spaces. With all these new options and new techniques, Sullivan was now able to create a whole new style of architecture. The fire in Chicago in October 1871 destroyed large parts of the city, which at that time was still built mainly of wood. After the prerequisites for a new high-rise architecture had been developed in the preceding years, Chicago’s architects were offered the opportunity to use these on a broad front here. Typical for the Chicago school were large display window areas on the ground floor, made possible by the supporting iron skeleton and a façade design in the office area with large windows arranged in rows, interrupted by smooth, functional stone pillars without ornaments. The top floor (building services floor) was often designed as an attic. 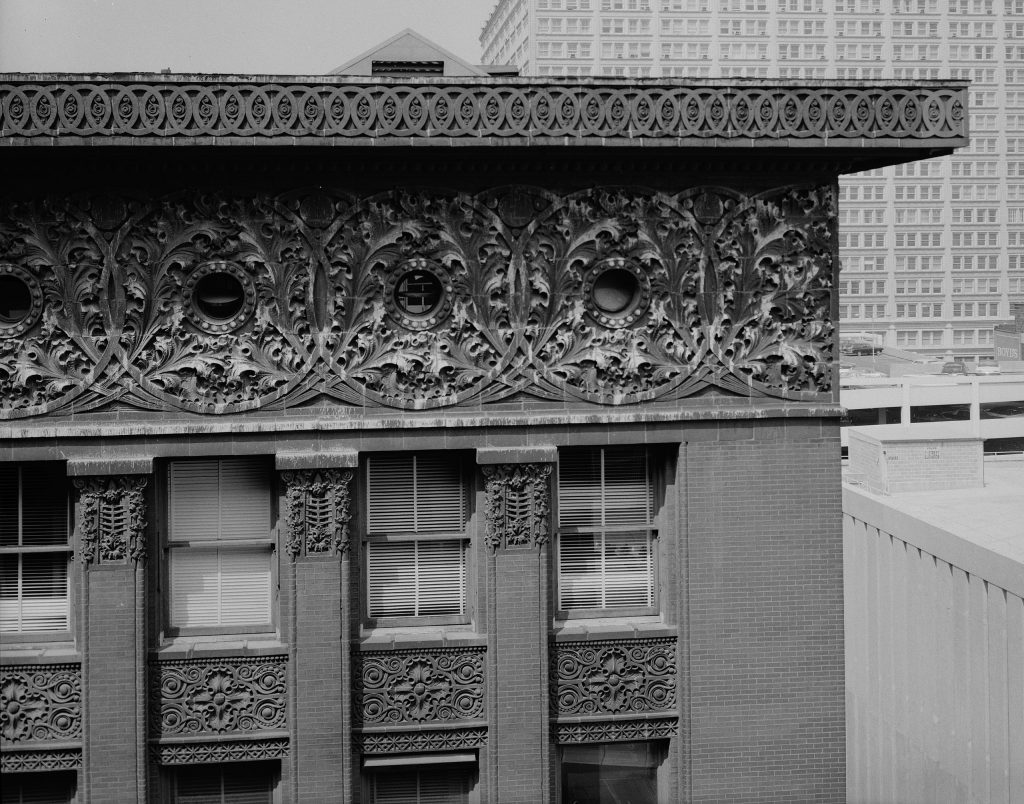 Sullivan decided to simplify the appearance of the building by breaking away from historical styles, using his own intricate floral designs, in vertical bands, to draw the eye upwards and emphasize the building’s vertical form. It was also important for him to relate the shape of the building to its specific purpose, which turned out successful. One of his trademarks became the terra cotta ornaments he installed in several buildings. Sullivan earned such a great reputation that he is often referred to as the father of skyscrapers, even though several other architects achieved this previously, especially John Wellborn Root is to mention, who created the Masonic Temple Tower which is often referred to as the originators of skyscrapers. 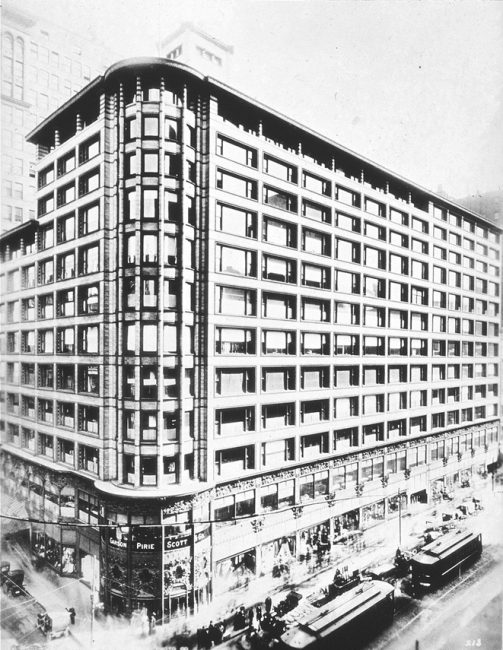 For the Chicago World’s Fair in 1893, Sullivan built a massive Transportation Building and huge arched Golden Door, which stood out for its multicolored facade in the white city. This was one of the only buildings that caused Sullivan a great recognition outside the United States. In 1895 Adler left the office. After that, Sullivan made another big hit in 1899 with what is probably his most famous work, the Carson Pirie Scott Building department store, also known as the Sullivan Center. After the turn of the century, the Chicago School period also marked the end of Sullivan’s career. He lacked of further contracts and it is assumed that he also faced a depression. Louis Henry Sullivan passed away on April 14, 1924 in Chicago. He died lonely, penniless and severely alcoholic after his star had steadily declined during the years of separation with his partner Adler. After his death in poor circumstances, he was buried in Graceland Cemetery in Chicago with the financial support of Frank Lloyd Wright. Later, Frank Lloyd Wright also set him a literary monument with his book Genius and the Mobocracy, in which he referred to himself as the “pencil” in the hand of his old “dear master”.[8]

Matthew A. Postal, Steven Zucker, Soaring upward, Louis Sullivan and the invention of the skyscraper [10]