You are here: Home › archeology › The Discovery of the Lost Inca City of Machu Picchu 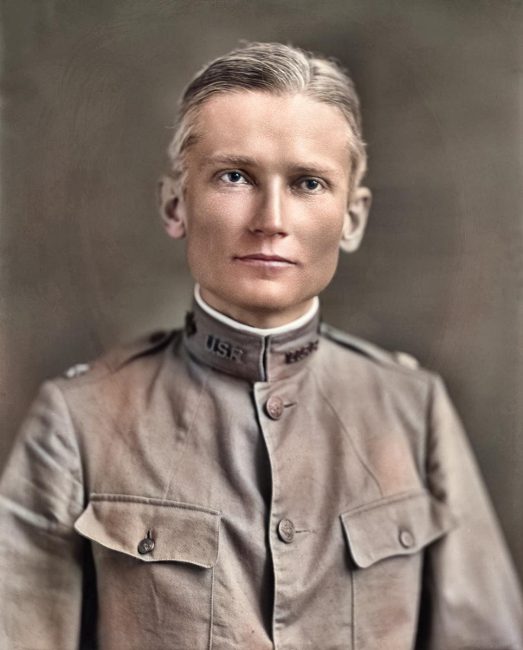 On July 24, 1911, while he was looking for a city called Vilcamba, Hiram Bingham discovered one of the most mysterious towns of all times. The lost city of Machu Picchu was built in the 15th century by the Inca near Cusco and was declared as an UNESCO World Heritage Site in 1983.

The city of Machu Picchu was built 2340 metres above sea level in between the summit of the mountain Huayna Picchu and the mountain Machu Picchu in the Andes above the Urubama valley of the Cusco region, 75 kilometers northwest of the city of Cusco. by the mighty Empire of the Inca under the control of Pachacútec Yupanqui, who developed the rituals around Inti, the God of the Sun. At its best times, the city could shelter about 1000 people and even supply them with sufficient food. Because of its high location, it was not visible for the Spanish conquerors and could not be destroyed unlike many other Inca buildings in the 16th century, which is the reason why the city is still very well-preserved.

According to one theory, the city was built around 1450 by order of the Inca ruler Pachacútec Yupanqui, who ruled from 1438 to 1471. He laid the foundations for the expansion of the mighty Inca Empire and introduced the cult of the sun god Inti. The city comprised 216 stone buildings, which were located on terraces and connected by a system of stairs. Most of the terraces, with their small water drainage openings built into the walls and about 3000 steps, as well as the canal connection from the water source outside the city complex to the cascade-shaped well basins, the outer walls of the temples and the residential buildings, some of which have several floors, have survived to this day. They are fully functional and, if necessary, have been gradually reconstructed in the last few years using an incatypical construction method.

What was its Purpose?

Various theories have been developed about the purpose of this city. In fact, there are no traditions or scientific records about them, which is why only more or less well-founded assumptions can be made on the basis of archaeological finds. According to another theory, Machu Picchu was still under construction at the time of the Spanish conquest. According to the report, construction work had not continued following the conquest of the Inca Empire by the Spaniards, the plant was abandoned and then forgotten by the Incas. However, the archaeological findings do not confirm the assumption that a city is still under construction.

A Place of Refuge?

Today many researchers argue about the purpose of the city. Some assume, that it was used as a place of refuge. Others believe that the city was still under construction and could never be finished due to the Empire’s conquest of the Spanish. The city’s high development, consisting of more than 150 buildings and the fact that there was a completely functional water system, which still works today, speak against this theory. 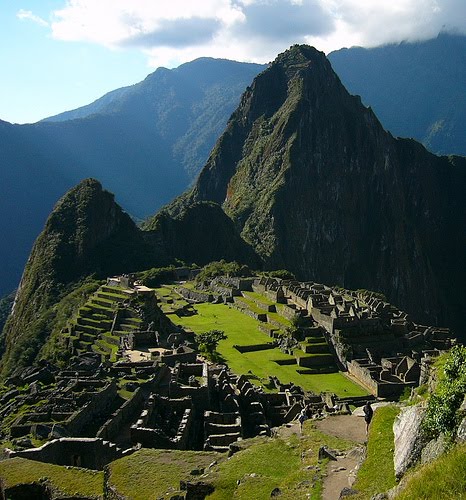 Even though, the official date of the discovery was in 1911, many explorers knew about Machu Picchu’s existence long before. In the 19th century, many Europeans tried exploring the area around the city, but it was hard to find because of the huge and diverse vegetation as well as the lack of a reliable map. The only document currently known about the legendary Inca city is a document from 1782, which was discovered by history professor Jose Uriel Garcia. Sheet 20 of the handwritten record shows that Machu Picchu and the surrounding land was purchased by the commander Marcos Antonio de la Camara y Escudero for 450 pesos. This was notarized by the notary Ambrosius de Lira. The document states that the name of the city was Machu Picchu. 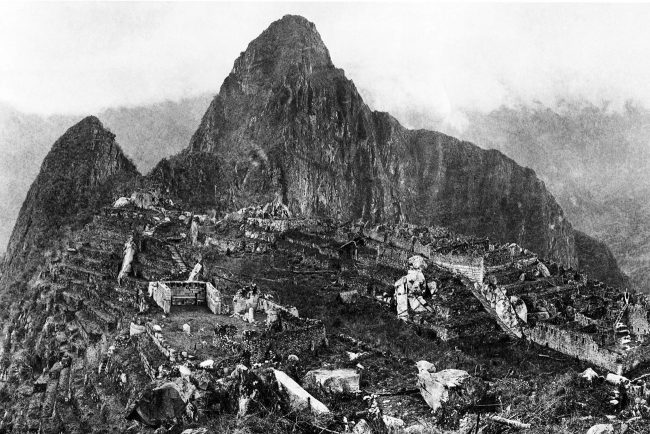 Hiram Bingham led the expedition of Yale University to discover the city of Vilcamba, into which the Incas are said to have fled after Pizarro took Cusco in 1536, and found Machu Picchu. Rumors were later spread, that Bingham had discovered the city some months earlier and took the time to transport the many treasures located in the city to the United States. However, a few weeks before Bingham’s expedition in 1911, the American Alberto Giesecke, along with Don Braulio Polo y la Borda, who knew of the city through indígenas, advanced to the foot of Machu Picchu. However, they had to turn back due to a storm. Giesecke’s knowledge and experience were the basis for Bingham’s expedition.

Bingham was born on Oʻahu and trained at Yale, Berkeley and Harvard. He was a historian at Harvard University and Princeton. On 20 November 1900 he married Alfreda Mitchell, the granddaughter of Charles Lewis Tiffany and heiress of the Tiffany fortune. Between 1906 and 1924 he undertook six expeditions to South America. Contrary to popular belief, however, Machu Picchu was not “discovered” by Bingham. As early as 1867, the German merchant August Berns came across the plant near Waldroden and had received the area as a claim from the Peruvian state. In 1874, the entire zone was mapped by Berns. Bingham – who recruited a large number of sponsors – is to be owed that Machu Picchu was uncovered and extensive archaeological studies were made.

In 1912 and 1913 Bingham began to uncover the city. In 1915 he published a book about his research on Machu Picchus. Machu Picchu became famous when the National Geographic Society dedicated its entire April 1913 edition to this city. The beauty of the city and the mysteries surrounding it attract 2000 tourists around the globe every day. The increasing tourism is currently stressing the nature around the city and UNESCO demanded to reduce the number of tourists down to 800 per day. The effects of the high frequency of tourists are already visible. In 2004 a dangerous landslide occurred and cost 11 lives.

Cradle of Gold: The Story of Hiram Bingham and Machu Picchu | National Geographic, [6]