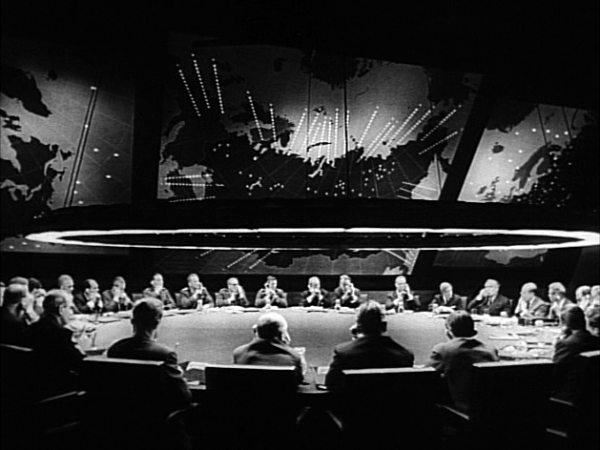 The War Room with the Big Board from Stanley Kubrick’s 1964 film, Dr. Strangelove

On January 15, 1908, Hungarian born US theoretical physicist Edward Teller, often referred to as ‘Father of the hydrogenic bomb‘, was born. Teller made numerous contributions to nuclear and molecular physics, and is considered one of the inspirations for the character Dr. Strangelove in the 1964 Stanley Kubrick movie of the same name.

“There’s no system foolproof enough to defeat a sufficiently great fool.”
— Edward Teller, As quoted in “Nuclear Reactions”, by Joel Davis in Omni (May 1988)

Born in Budapest, Edward Teller grew up in a family of Hungarian and German speaking parents, but Teller himself “decided” not to speak until becoming three years old. However, his interest in numbers was even bigger and he was soon able to calculate large numbers in his head. After leaving Hungary for Germany, graduating in chemical engineering at the University of Karlsruhe, Teller earned his Ph.D. in physics at the University of Leipzig, and became an expert in quantum mechanical treatments of the hydrogen molecular ion. In the following years, Teller was influenced by the Russian physicists George Gamow, Lev Landau and the Czech George Placzek. The scientist moved due to the political changes in Europe to Copenhagen, where he worked for Niels Bohr and was later occupied as a professor of physics in the United States, where he increased his reputation as a serious and ingenious scientist. [1,2] 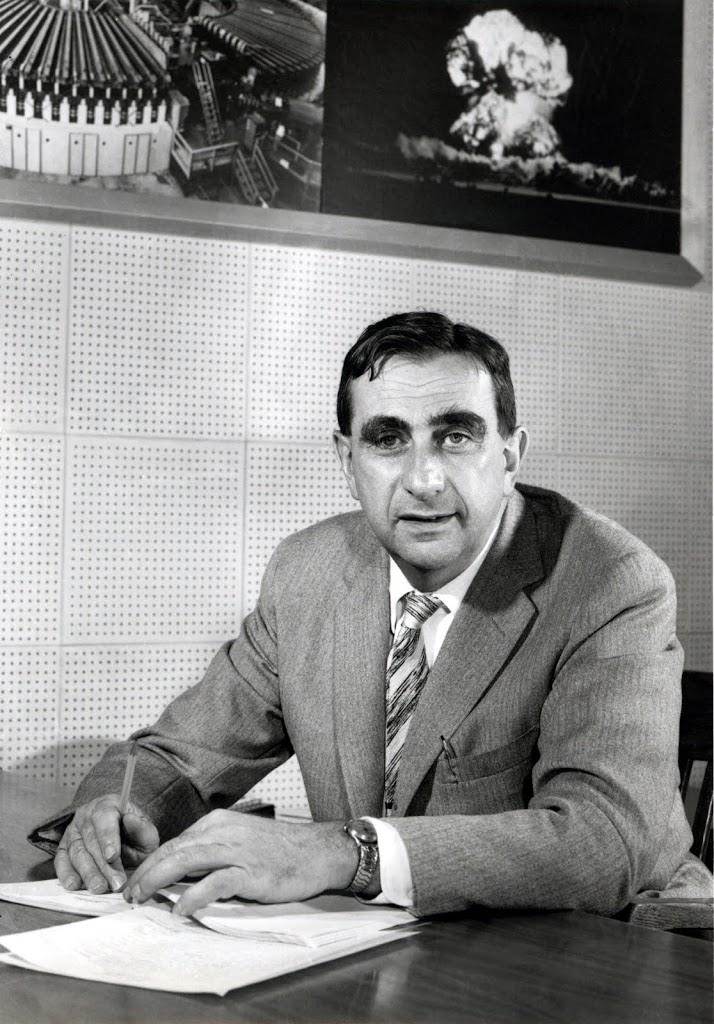 Following an invitation by Robert Oppenheimer, Teller took part in a seminar at Berkeley University in 1942, which is to be understood as the origin of the Manhattan Project. During these weeks, Teller suggested his thoughts (based on the idea by Stanislaw Ulam) of the hydrogen bombs for the first time, but was not confronted with great ‘enthusiasm’ at first. Teller became occupied in building the first atomic bomb in the early 1940’s while still trying to increase the government’s interest in the H-bomb. At a conference in 1946, Teller convinced fellow scientists to put more effort in building the hydrogen bombs and in 1950, President Truman declared a test program for the h-bomb. While discussions on the exact inventor of the bomb was distracting its actual development, the Soviet Union worked on numerous plans as well.

The Father of the Hydrogenic Bomb

Edward Teller became globally known as the ‘father of the hydrogen bomb’ after the first successful detonation of the bomb designed by Stanislaw Ulam and Teller.[6] The test was named ‘Ivy Mike‘ and was performed on November 1, 1952 in the Pacific Ocean, which Teller himself did not attend. Edward Teller, who was known to have a difficult personality, claimed the efforts and achievements on the bomb for himself, which his fellow scientists highly criticized. [3] 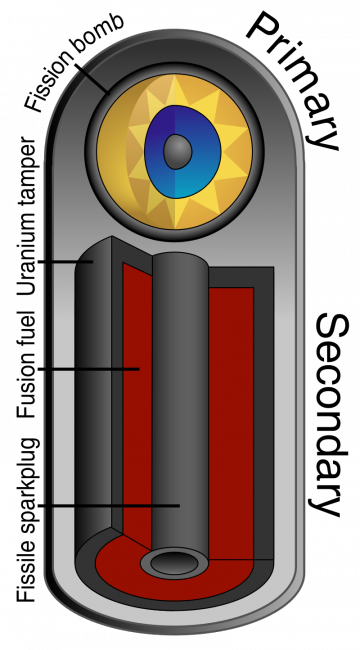 Teller’s personality and achievements may have been the reason for Stanley Kubrick to make him a subject of discussion through the character ‘Dr. Strangelove’ in the black comedy of the same name.[10] In the movie, the US-Air-Force General Jack D. Ripper is attempting to start a nuclear war with the Soviet Union by himself due to his believe that the Russians may have poisoned the American’s drinking water. Therefore, Ripper’s military base had to be defended at all circumstances, putting the US government into a difficult position, since the bombers were already on their way to the USSR. After the military base was re-conquered and General Ripper committed suicide, the situation was still desperate, since the atomic bomb was still on command and unreachable.

The wheelchair using Dr. Strangelove, a German scientists working for the US-government then suggests a new kind of survival program for the American citizens, which includes a cultivation act with 10 women for one man, trying to save the population, an idea favored by all men in the room. At the end, Dr. Strangelove yells “Mein Führer, I can walk” and right after, the atomic bomb reaches its aim in the USSR, causing its world-extermination-machine to start, wiping out all mankind on the planet. The final scene shows footage from nuclear tests like the ‘Trinity test‘, the ‘bombing of Nagasaki‘, ‘Operation Ivy‘ and several more. The movie satirizes the Cold War, showing how both sides should be deterred from a nuclear war, since a universal cataclysmic disaster was possible, independent on which party actually ‘won’. The movie raised public questions about the U.S’ control over nuclear weapons and was ranked as one of the greatest black comedies of all times. [4,5]

He was Director of the Lawrence Livermore National Laboratory, which he helped to found with Ernest O. Lawrence, from 1958 to 1960, and after that he continued as an Associate Director.[13] He chaired the committee that founded the Space Sciences Laboratory at Berkeley. He also served concurrently as a Professor of Physics at the University of California, Berkeley. He was a tireless advocate of a strong nuclear program and argued for continued testing and development — in fact, he stepped down from the directorship of Livermore so that he could better lobby against the proposed test ban.

Teller was one of the first prominent people to raise the danger of climate change, driven by the burning of fossil fuels. At an address to the membership of the American Chemical Society in December 1957, Teller warned that the large amount of carbon-based fuel that had been burnt since the mid-19th century was increasing the concentration of carbon dioxide in the atmosphere, which would “act in the same way as a greenhouse and will raise the temperature at the surface, and that he had calculated that if the concentration of carbon dioxide in the atmosphere increased by 10% an appreciable part of the polar ice might melt. In the 1980s, Teller began a campaign for what later became the Strategic Defense Initiative (SDI), also known as Star Wars. The concept was to use laser and satellite technology to defend against Soviet intercontinental missiles.

“We must learn to live with contradictions, because they lead to deeper and more effective understanding.”
— Edward Teller, “Science and Morality” in Science (1998), Vol. 280, p. 1200