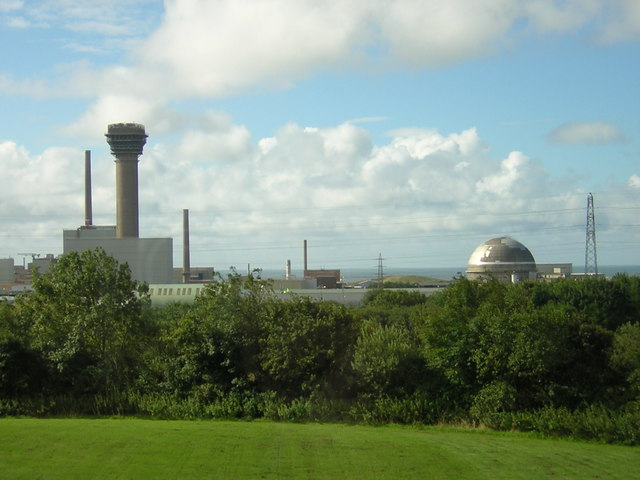 Great Britain and the Bomb

After World War II, the British refused to just look at how the United States and the Soviet Union raced each other in who can work with nuclear power at first and most important, who is able to launch the first nuclear weapon. They began their program to build their own atomic bomb soon after the war had ended and built their first nuclear reactors in the village of Seascale, Cumberland quickly. In the hasty efforts to build a British bomb, little attention was paid to environment and health and radioactive waste was discharged into the Irish Sea from the outset. Similarly, the USA and the Soviet Union dumped part of their nuclear waste.

But in difference to the United States and the Soviet Union, Great Britain’s officials had only little experience with these technologies, especially concerning the enormous heat that is developing in the process. What they did not know, the Wigner effect takes place, when graphite is exposed to neutrons. This means that when bombarded by neutrons, the graphite that is used to slow down the free neutrons to enable the nuclear fission rection is dislocated and causes the sudden release of energy. The effect is named after the Hungarian American theoretical physicist and mathematician Eugene Paul Wigner, who received the Nobel Prize in 1963 for his great achievements.[4]

On 8 October, the displays indicated that the intended temperature had not been reached. Since baking out had not been taken into account during planning, temperature measuring points were missing in both reactors in order to adequately monitor the baking out process, which had not yet been fully understood. The operating personnel therefore had to rely on empirical values and the temperature measuring points intended for normal operation. Although some measuring points indicated rising temperatures, the operator decided at 10:30 a.m. to continue heating the reactor. At 11:05 a.m. there was a sudden temperature rise of 80 Kelvin, otherwise everything remained quiet for the next one and a half days, although the graphite of the reactor core was probably already burning.

On 9 October at 22:15 the measured temperatures were still too high with partly over 400 °C.

On 10 October at 5:40 a.m., measuring instruments on the chimney and on the premises indicated that the reactor was releasing radioactivity. The radiation at the 120-metre-high exhaust stack above the reactor rose sharply. In addition, the core temperature rose sharply. At first, it was assumed that an isotope capsule filled with lithium and magnesium had burst and an attempt was made to locate the problem using a remote-controlled measuring device whose operating rods had already become jammed due to the heat.

It was not until 3 p.m. that the operating crew alerted the factory management. Since no instructions were received until 4:30 p.m., a technician in a protective suit opened a shaft at the front of the reactor core and saw the red-hot fuel elements. It was clear that the reactor had to be cooled. However, the fans could not be used to cool the reactor as they would have added oxygen to the graphite fire and released more radioactive material into the environment due to the fuel elements and isotope capsules damaged by the fire. Water could also not be used because it would react with the molten and burning uranium, other metals and graphite to form hydrogen and ethine, which would have caused an explosion. Therefore, after a tanker truck arrived from the nearby Calder Hall nuclear power plant, an attempt was made to extinguish the fire with 25 tonnes of liquid carbon dioxide, but this had no effect. Through the inspection hatches in the roof of the reactor core, it was observed at 20:30 that blue flames shot out of the core.

On 11 October at 01:53 h 1,300 °C were reached. Meanwhile, an alarm had been triggered at the factory site. Although radioactivity had been released all day long, the public was still not informed. Fortunately for the operators, the wind blew the radioactive cloud of 131 iodine, plutonium, cesium and strontium out into the Irish Sea.

Despite the danger of an oxyhydrogen explosion, which would have destroyed the entire reactor and released the radioactive material of the core on a large scale, an attempt was finally made on 11 October at 08:55 to fight the fire with water, but this did not bring the desired success. Through the inspection hatches, the technicians determined that the water was shooting ineffectively through the channels of the core. Only when the water pressure was reduced at 09:56 a.m. did the water flow into the core and cool it down, but the resulting huge cloud of steam released further amounts of radioactivity. The fire did not extinguish until the air supply to the reactor was interrupted at 10:10 a.m..

On 12 October at 15:10 the plant fire brigade stopped the water supply. A radioactive lake had collected around the reactor from the 9,000 m³ of extinguishing water.

But accidentally, the fire caused the release of radioactive material, which in the end caused 240 additional cases of cancer. To the concern that the milk of the surrounding area could have been contaminated, it was destroyed. Right after the incident, the reactors at Sellafield have been shut down and in the future no air cooled reactors of this type have ever been built.